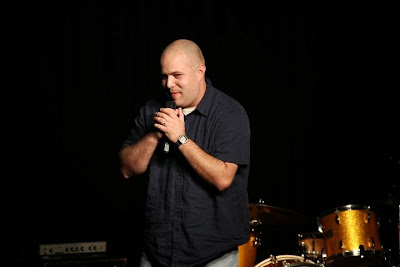 Last year, I was doing what will now be a Christmas Eve tradition that I will uphold until the end of time: I was attempting to get #withmydick trending on twitter. We were unable to complete our goal, even after my offer that I would give $20 to the most famous person to tweet that wonderful hashtag. (NOTE TO SELF: I still owe Dan Telfer $20) I know it didn’t have the same momentum it had two years ago, and that a lot of people thought it was silly. But I’ll still keep doing it every year. I know that Kenny DeForest wrote the quintessential piece on the #withmydick hashtag, but I wanted to add my story. You see, folks, two years ago, Mike Lebovitz saved my Christmas.


Not surprisingly, he did it with his dick. 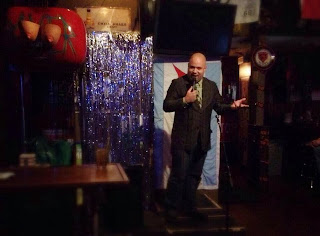 
I don’t remember who it was exactly who told me to look at twitter. Maybe it was my friend Katie, or another comic, or Lebo himself, but my phone sent me a text to check out twitter. And I logged on my computer (jeez, I need a smart phone) and just looked as my entire screen was filled with the Who’s Who of Chicago comedy hashtagging #withmydick. I just scrolled down more and more, looking as peer after peer, respected friend after friend, comics I’ve known for years and some I only know by name were adding to the cause. I didn’t even realize I was laughing until I stopped for just a second. The joy that filled my spirit was so pure. I knew two things to be true at that moment: I had to get in on this nonsense, and I was ready for Christmas goddamned Eve. 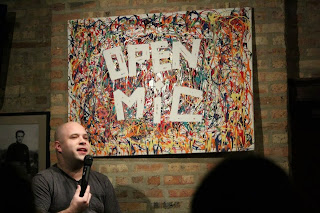 I spent the rest of the afternoon adding to the fight. Getting new recruits like Jack Baker to join, and making sure that everyone knew what we were doing. When St. Lebo would favorite or retweet one of my tweets, it felt the Godfather letting me kiss his ring out of respect. And when he announced that we were the #1 trending topic in Chicago, I yelled and clapped and cheered. Tears rolled down my face. We did it. And I had helped. It was wonderful. Over the course of those hours, my house got clean, presents got wrapped, Christmas music was being played, and I was smiling. Laughing. I was happy.

I get that there are some people who feel like #withmydick on Christmas Eve may have lost it’s luster. But I’ll keep doing it. I’m a loyal soldier in the Lebovitz army. And I’ll carry the cause as long and as often as I can. Christmas Eve is just a few weeks away. Time to get ready.

Contributing Writer - Matt Drufke
Matt is a comic producer and writer. You can catch him performing all over the Chicagoland area.
www.craptrap.net
Newer Post Older Post Home