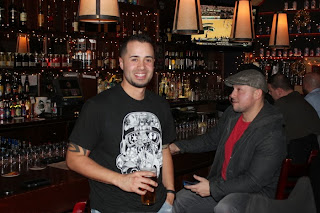 You might not know it from his mild demeanor and handsome looks, but Chicago local Vince Acevedo is a comedy monster. He tours clubs and festivals all over North America. Has multiple appearances at the annual TBS Just For Laughs festival here in Chicago. He's opened and featured for comedy stars like Donnell Rawlings, Tommy Davidson, Hannibal Buress, Rhys Darby, The Wayans Brothers, Deon Cole, and Garfunkel and Oates to name just a few. AND he's played t
all he major local venues like The Laugh Factory, the Up Comedy Club, Jokes and Notes, and The Comedy Bar. A veteran of the Chicago scene and a agile net-worker, Acevedo will take his destiny in his own hands by producing and headlining his own show at the 2000 seat Copernicus center venue (Lineup: Turae Gordon, Tyson Karrasch, Lucky Luciano, Vince Acevedo). Talk about making your own lane... While others complain about Chicago's segregation issues Acevedo flips the script and works with promoters all over town. Not only that but his heart is in the right place, his basketball charity event (happens tomorrow) is in it's sixth year. We talk comedy, touring and shaping your own destiny. Check out the interview...

Comedy Of Chicago: So your 9 year comedy veteran... How did you get started?
Vince Acevedo: I started when I was 20 and just did it because two of my best friends told me that there was an open mic going on and they kind of just dragged me out, I didn't really want to do it... but you know peer pressure and all that, plus I'm not too hard to convince... So we went, I got on stage and made fun of stuff, I normally make fun of, like guys trying to be big and bad... did a few of those jokes, I think it was like a 4 or 5 minute spot and I ended up doing well, and once I was able to get those strangers to laugh... and THAT WAS IT, I was hooked. 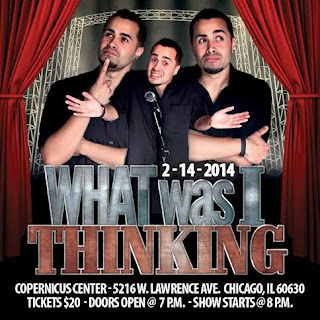 COC: You've performed comedy all over North America, what's the touring experience like and how did it all come together for you?
VA: It's interesting because when I started I was doing more Spanish based shows because that was the first thing I was introduced to. And by Spanish I don't mean my material was in Spanish I mean just Latin crowds, Latin promoters, couple years into it, I went into a different direction and started doing a lot of... I don't want to call it "urban rooms" but it was more of a Black circuit. Because of going to these rooms I ended up  really strengthening as a comic. Most comics will tell you when you go into one of these particular types of rooms or clubs, the crowd wants you to make them laugh from the moment you walk on stage to the moment you walk off.  So it really forces you to hit, hit, hit... right away and through that experience I've been able to meet a lot of great comics, I've been able to network and through the networking I've performed in New York, L.A. Philadelphia, the Bay Area  in California,  most of the Midwest, Illinois, Indiana, Wisconsin, Minnesota, Iowa, Kansas... so you know it's been nice. In fact I just got booked to go to El Paso in January. I also flew out with Damon Williams to  Canada last year and that was great. So a lot of my traveling has been based of really good work relationships with people. 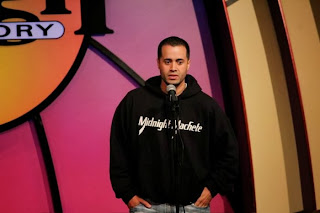 COC: Speaking of Damon Williams you worked with some amazing comics, can you talk about some of the comics you've worked with?
VA: I done a lot of work with Tommy Davidson. Originally worked with him in California at a comedy club when I was out there. Great guy. We've done like 4 or 5 shows together and the last time he was in town he actually gave me a spot at the laugh factory, that was amazing.  This past labor day weekend that flew me out to Kansas to be his opener for a big show they out there. I've worked with Deon Cole several times, he's amazing. Donnell Rowling, I've worked with 3 or 4 times, he's outta control but very laid back at the same time if that make sense. A lot of comics are a little bit more clam than a lot of people think. Which is interesting, a lot of comics are just sad kids on the inside that wanted to stop getting made fun of so we make fun of everybody else. Also worked with Alex Ortiz, Tonny Scofiled Leon Rogers, was recently a gentleman name Turae Gordon out of Philadelphia and after working with him at Jokes & Notes he told me "hey I want to book you in Philadelphia, come out" and I had never been there before, so went out and it was amazing. That's just how it is, you know, when people dig your style of comedy and your not overlapping their material and and it's a really good work relationship - that's when your gonna get booked, I've been very fortunate to have worked with a lot of really cool guys. 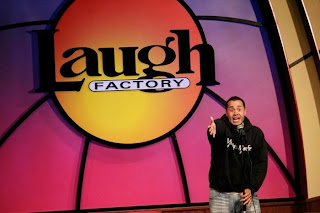 COC: Chicago gets a lot of press as being a hot comedy town, but does that reputation really help
comedians? Has coming up in this scene effected your stand-up in a positive way?
VA: I think it definitely helps. Because Chicago has been a huge melting pot for me in terms of what your exposed to. Now Chicago being one of the most segregated cities in the world also ends up being one of the most mixed cities, when you go out your never going to be just around one demographic your gonna be around several different types of people all the time, whether it be Indian, Asian, Latino, White, Black. So we are all intertwined and intermingling and I was brought up to just kind of enjoy everybody's company and because of that you end up with a lot  of funny stories. So I think for that Chicago has been really good. As far as stand-up is concerned, your  able to bounce ideas off different people you normally wouldn't in other areas.

COC: So you've got a huge show coming up in February, tell me about that.
VA: That's right... So it's going to be Friday February 14th, right here in the city, at a beautiful venue called the Copernicus center, it's 2000 seat venue. 1400 seats on main floor and 500 in the balcony. It's a beautiful space. I ended up deciding to meet with several great promoters who I had worked with individually; Black Hispanic and White. And I was like "hey I really want to do a big show and and I've worked with all of you guys separately so I'd like to combine you for all for one night." So within one meeting they met each each other and they all agreed, which is rare but it's great at the same time since it just lets  you know as segregated as the city is and as much as people like to say there is a white scene, a Latin scene and a black scene, when your working with the right people, it's all just pieces that can fit together eventually. The reason I came up with this is because you tend to do comedy clubs over and over, you travel over and over, and finally your like OK... "What's next?" I needed something to spring board to get to a new elevated place and for me being a local comic who can travel quite a bit and can headline in Chicago a lot but when I leave, I'm featuring or maybe co-headlining  and I wanted to make a statement as a local guy with no movie credits or whatever, but still be able throw a sell out show as a local comic. I think that could be huge. Almost 1000 tickets sold, so far so good. 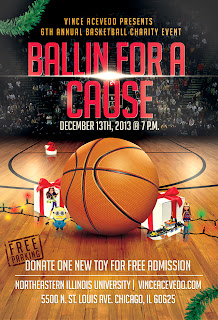 COC: Speaking of sales you mentioned earlier that you don't sell tickets online, and it's all been pre-sales. Why choose this type of sales model and how does it that work?
VA: So far it's been myself and the promoters that I work with doing all the sales. They've been selling to the group of people they work with because they all have their own individual fan base. We've been able to combine all that. The reason I decided to to go for pre-sales is lets say you decide to buy two tickets, and the day of the show your like "hey you know what?  Something came up" or "I'm sick" or "I gotta run out of town last minute"  you know?  I understand stuff happens, but you have already paid for your ticket, so your not hurting my feelings at all. You pitched in to my grand event.

COC: Thanks for you time Vince.
VA: Thanks!