You and your friends walk into the club. It’s filled with the same old crowd. Some are sad and just want to feel happy for a few hours, some are celebrating bachelor and bachelorette parties, and some are there for the first time.

You pony up to the stage and a muffled voice comes over the speaker and brings on the first act. The performer wraps their hands around that cold metal and starts to do their thing. The crowd is nervous at first, the drunker patrons are still talking but the performer plugs on, trying to get some sort of a reaction. This continues as one by one these sad entertainers with dead eyes come onto the stage and do the same routine they’ve done so many times before. It’s all numb now, but they know what the crowd wants and they give it to them. 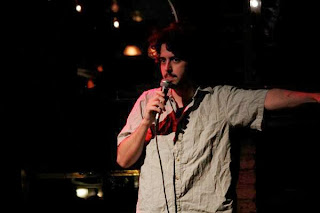 Sure, this isn’t the “career path” that their parents hoped they’d take. Showing their bits to drunken idiots isn’t as glamorous as it seemed in the past. What has brought them to this moment? A screwed up childhood? Parents got divorced? Never learned a real world work ethic? What kind of person sleeps all day and then gets gussied up just to parade around like a piece of meat for strangers? But there’s an allure. Every one of those dead-eyed performers dreams of one day moving out to the coast; where the clubs are nicer, the paychecks are bigger and their big break is just around the corner.

One day some big shot is going to walk into that club and make all their dreams come true. Some schlubby business man with expensive sweatpants will watch them do their thing from the VIP section and before they know it, people are paying $300 a ticket just to watch the same routine they were doing for drunken idiots back home. That’s the dream anyway.

I guess the point is… support local art. When you and your friends step into that club, give your full attention to those poor saps dancing around on stage, you never know if one of them will be famous one day. And even if they don’t end up making it in the big time, show them some love because what they are doing up there is important. Besides, it could be worse. They could be strippers.