You’re not wrong, but let’s talk about it... 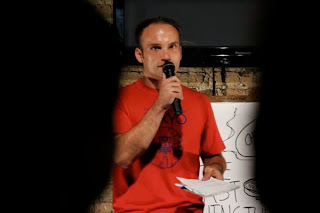 So… You’re fed up with the open mic scene to the point where you’re thinking about starting your own room. First and foremost, who the hell are you to be so frustrated, and second, I have some thoughts about starting a show that I think are pretty good and should probably be taken into consideration before you jump in prepared for nothing more than failure. (Disclaimer: I love the mic my friends and I run and wouldn’t trade it for anything. Know this to be true whilst you read, or I might come off like an asshole. Also, I am, in fact, an asshole.)

For starters, the idea of having your own open mic is way more glamorous than actually running an open mic. If you go into this endeavor thinking anything else, be prepared for the misery that is having your delusional thoughts dissolved while trying to bring up the energy of a quarter-filled room of only comics between multiple sets. It’s harder than you can imagine and even if you do it well, will probably go unnoticed.The fun part is, you don’t get to be angry about it because it makes you look terrible and discourages people from supporting the show again, meaning you have no show and are back to square one. I guess what I’m trying to say is knowing the reality of what it’s going to take to run a room well, takes a lot of the edge off the shitty stuff that will inevitably happen. 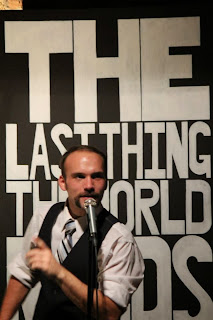 Secondly, shitty stuff will happen even if you do a really good job of preparing. Don’t be a pussy about it (I’m not sure how to gender-neutralize this idea and apologize to the ladies (please don’t correct me though, as I really like calling people pussies)). Stuff happens and you must roll with it, people will tell horrifically bad jokes and you have to follow them. You need to understand that as a host, the skill set that you’re trying to develop is more about adaptability than scripted performance. I have learned this one the hard way on multiple nights, and truly hope you avoid the feelings that come with the realization, though you won’t and should just accept you’re not as good as you think you are. LOL… am I right.

Moreover, no matter how good you think you are, there is no experience that will snap you back to reality more than hosting an open mic (exception to Adam Burke… but I suspect I just missed his awkward period, based on how time works. I’m just saying, that mother-fucker just knows what he’s doing and should be watched if you’re even considering starting a mic, real talk).

Third, based on point making, when creating a room, know that the owner of the establishment doesn’t care about comedy as much as they care about the bottom line. It’s super dumb to us, but in the same way we think about authenticity and greatness… they think about MONEY. A trivia night brings as many folks to a bar, as a comedy night… and trivia folk spend way more money (It’s a release for smart folk who don’t know they’re sad yet). The sustainability of a room is based on profit for the person that owns the space. FACT. Ain’t no getting around it. Always have perspective on your venue and the people who own it.

And despite all of this… 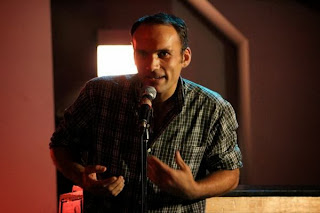 The rewards of running a room are awesome, though completely fucking different than what you think they’ll be. I don’t want to go into too much detail with this, because I feel that the bravery that goes into starting a room should have untold rewards, but I have to tell you that there is cool (unexpected) stuff that happens. Everything you want, not only isn’t realistic, but also isn’t the benefit of how much time and effort will go into a great room. It’s one of those gross situations where the love you put in, means the love you get back. Yeah, it’s sick. Love, right? But truly, if you do it right, people (at least the ones, who you will soon learn are as into comedy as much as you are) respond accordingly. I now know Blake Burkhart and Noah Gutierrez (and man did I mean to name drop) because of this principle and dear god is that awesome (for me).

I feel like the reason for this ramble is that I don’t want anyone to start another shitty mic that I have to read about, go to, and then be angered by. Open mics do not have to be relegated to back rooms and the like (I wanted to say basements as well…and there’s several reasons I didn’t (Lottie’s was most of it Gailey). I just want you fucks to not come to the table with nothing to fill it with. You are welcome.