After performing and producing stand up comedy shows for over five years, I wanted to have a theme behind my shows; a driving force. And what better motivation than addressing a void I saw in the comedy community? As a gay comedian, I was sometimes heckled for my gay material by audience members and, to a lesser extent, by other comedians. Some bookers even told me that I would “do better in an alternative room” as though alternative was the PC way to say gay. Instead of changing my material to be less “alternative,” I figured I’d create a show where talking about relationships, politics and, sure, sex on stage wouldn’t be seen as less or more offensive depending upon your sexual orientation.

From that approach, I wanted to be sure not to perpetuate the problem. I didn’t want to have a gay room performing material for gay people because, not only is that pandering and uninteresting, it’s also hypocritical. So I always try to include gay, lesbian, bisexual, trans and straight comedians. As you might expect, the audience has become equally diverse. It was always a part of the plan to include everyone on stage so that organically no one in the audience felt left out.

Tuesday January 28th is no exception as I host two of the greatest comedians in the city at Queer Comedy at Zanies, who happen to be heterosexual - Megan Gailey and Joe Fernandez. Combined with the hilarious bisexual Marla Depew and the award winning lesbian headliner Maggie Faris, we seem to have all of our bases covered as far as sexual orientations are concerned. In anticipation of the show, I asked Megan and Joe a few questions about doing queer inclusive shows in the past and got some interesting answers.


Looking back at my email correspondences with Megan Gailey regarding Queer Comedy at Zanies, you wouldn’t think we were talking about comedy at all. I’d simply say, “Megan! The gays need you! Can you answer the call?” And she always responds with a resounding, “Yes!” As one of the most frequently recurring acts for Queer Comedy at Zanies, I asked her why she thinks the queer inclusive audiences love her so much. Her response fits her biting yet self deprecating material as she explains, “I get mistaken for a drag queen a lot so I think people just assume I really am a gay man.”

Flipping the question, I asked why she enjoys playing for queer inclusive rooms, her answer wasn’t simply “I love the gays.” Instead, she elaborated on what the inclusion creates, saying, “I enjoy audiences that feel and show lots of fun and joy and sass. And in my experience, audiences with open and accepting minds have all those the most.”

Joe Fernandez is a such an incredible comedian, I can’t help but put him in any show that I do whether queer inclusive or undeclared. What I find interesting about Fernandez is that he has jokes about past times he has done queer inclusive shows. For a while, he had a joke about how some of his friends were worried about coming to see him do comedy at a gay bar. His response, “Yeah, but you don’t have to be gay to get in. They don’t ask for your I.D. then tell you to blow a guy.”

When I asked him about the inclusion of material about the queer community, he said “It's actually not something I do intentionally, I think it just came naturally out of being in and around the queer community before, which I have Adam Guerino to thank for putting me up in those locales and venues.” 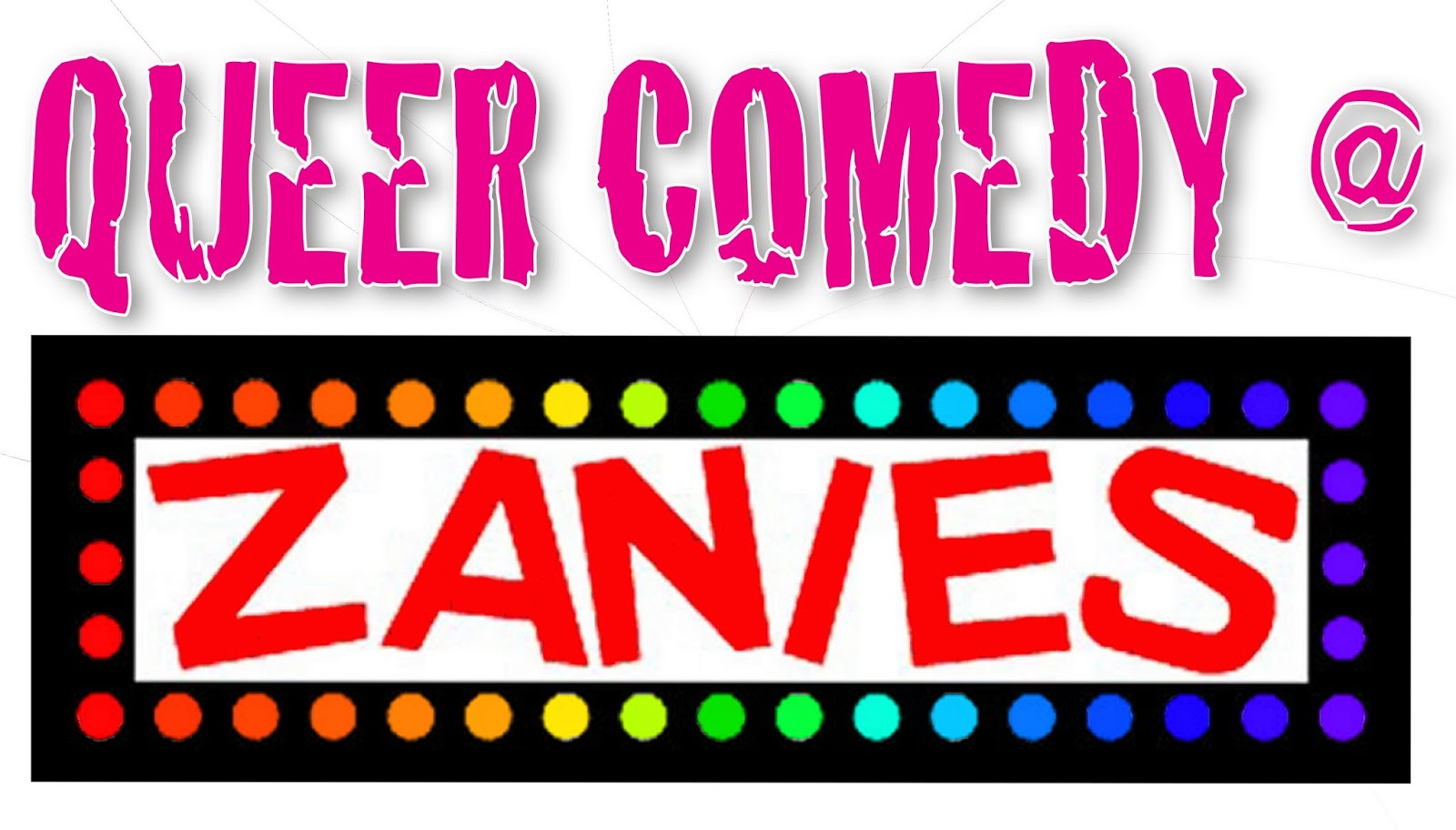 When asked about what he enjoyed about performing in these shows, his answer was a further testament to what an inclusive show creates: “Any time you can do a show for a community it's going to be a great show. The support for the show will be there and it feels great to be included in that bonded feeling.”


It’s great to hear that they not only get what I’m trying to do with the shows but also enjoy the result. And speaking from experience, the audience always feel the same way. Don’t wait for Joe Fernandez’s jokes about the show to find out how it went, catch all of them at Queer Comedy at Zanies January 28th, 8:30pm, 1548 N Wells - $15 tickets available in advance or at the door. 2 drink minimum.

Adam Guerino has been credited as a “comedian-producer-genius” by Chicago Reader. He is the creator of OutLoud Chicago and Stand Out: The National Queer Comedy Search. For more info, www.adamguerino.com is a great place to start.
Newer Post Older Post Home