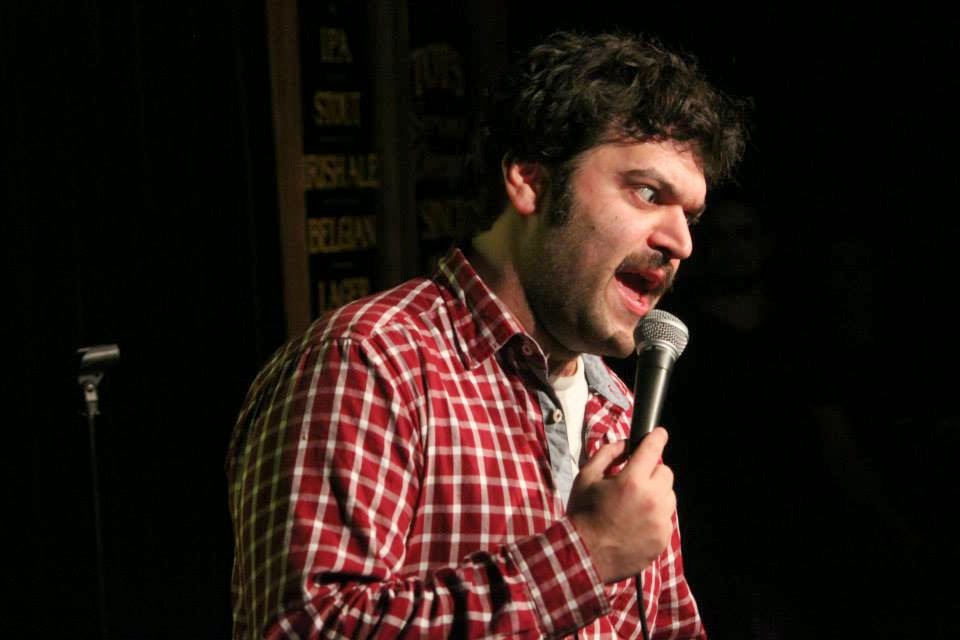 Mike Lebovitz is a monster in the Chicago comedy scene. Not just because he's hairy and sweaty, which he is, but mostly because of the guys talent and work ethic. He features and headlines at the best showcases all over town, tours around the country, is a great comedic actor with impressive commercial credits and co-produces Comedians You Should Know (arguably the #1 showcase in Chicago right now), which just celebrated it's six year anniversary. On top of all that Mike has more goodwill street cred then any working comic I know, which was clearly evident by the outpouring of support that helped Mike get into the world renowned, international Montreux Comedy Festival (he won, which is HUGE). Mike found time in between club gigs while on tour, for an interview over the phone. We talk shop about getting started, producing shows, booking, and the international comedy scene. Check it out...

Comedy Of Chicago: For those who don't know, how did you get into the stand-up comedy game?

Mike Lebovitz: My first open mic set was October of 2007 and I got started kind of  backwards when I first started... To give you an example, I didn't know that Bill Cosby had been a stand-up... Seriously. I just knew him from his TV show. I didn't know that Steve Martin or Woody Allen had been stand ups. I knew who they were obviously, they were big stars but I didn't know how they got started. I was in Chicago to do improv and had studied at IO and had been on a couple of different teams. I got my first set because there was this improv show on Monday nights at The Spot. I had this two person group and I was trying to see if I could get us a slot on the show, the show was full but the guy who booked it, was like "the show is full but I need a host" - they always had a stand-up host for it, and usually the stand-up was Robert Buscemi. Robert was one of the only stand ups I 'd ever seen, so that was my conception of what stand-up was. I still love Buscemi but he's very different from most stand-ups I will say. So I took that opportunity to host it  and at the time I was hanging out with this girl from NY who was a comic whom I met a couple of weeks prior, and she suggested  actually writing something down rather then just going up and trying to wing it so I did.  I spent some time and I sort of wrote down this story and it was about 8 minutes long - my one joke, and I did it and it actually went pretty well. After that I was like "wow that was fun I should try that again" So the  next week I went to an open mic and started going out to mics every week after that.

COC: Your a co-producer of the very successful showcase "Comedians You Should Know". Is being part of showcase helpful to comics in general? Does it help get bookings etc?

ML: Well a couple of things... first and foremost being a part of that showcase and going up on a regular basis in front of a real crowd has helped me develop an act and it helped me get better just as a comic. So I think that's the main thing. Now in addition to that, there is this thing where people will book you because they want to do your show. We never booked people @ CYSK because they booked us on their own show, but I do think that's a thing... If I could give you a short anecdote... 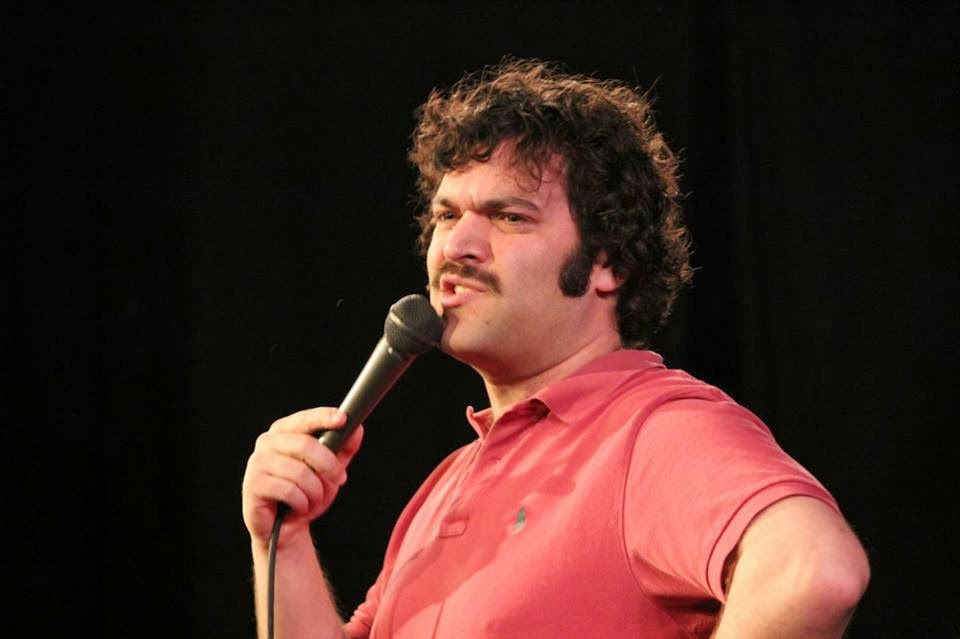 COC: Please.
ML: I never used to get booked for anything when I first started.  That's how it works you know what I mean? When your new nobody books you, nobody gives a shit about you. Go do three open mics every night and then go fuck yourself. That's just how it works. But I remember I used to email people, and ask if I could get on their show, I remember this comic who used to run a show at Town Hall Pub, this is how long ago it was, I sent her a Myspace message asking if I could do the show and I didn't hear back. Whatever.  I sent out a lot of messages all the time and and you never hear back from anybody. That's fine  I don't take it personal, I forgot about it really. And then a few months later Joe Fernandez and I decide to start our own show. This is before CYSK, we ran a  monthly show at the Holiday club. So we got together and met with the owner and he said "yeah let's do it" and before I had told anybody, I got home and I had a response from my three month old Myspace message from this comic being like "yeah you can be on the show, also heard your starting a show at Holiday Club - You got any spots on that?" So that was very eye opening, I was like "I see... OK, this is how it works". So there is definitely that.  But I do think the main thing about being part of a good showcase is just getting better. That's the reason to start your own show, to have a consistent audience, they come out, they know you right? After a while you have regulars that come back, so every week you have to write new shit. If you don't they won't come back. because they've seen the same motherfuckers... yeah sure you work in other guests, but mostly a lot of it is the same fuckers so it really pushes you to write new material and to be solid. So I think that's the main thing about being part of a good showcase like CYSK it really pushes you and makes you better.

COC: Recently you were performed at the Montreux Comedy Festival can you talk about the selection process and how elements of the comedy scene came together for you on that. 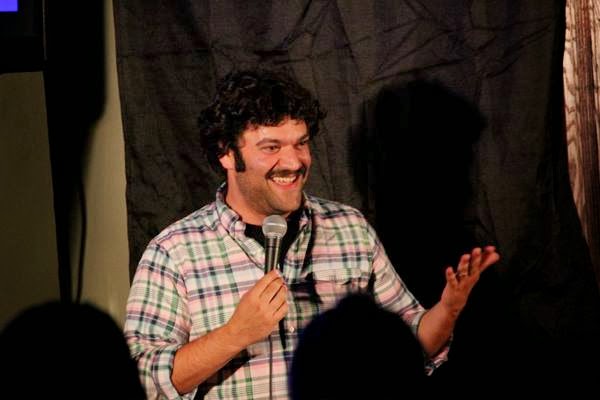 ML: Yeah man it was really touching. The selection process is sort of a hybrid between a jury selection and an Internet voting thing. People submit videos. 300 videos get in, then a jury narrows those down to 20, then from those 20  there was a period of Internet voting which is what your talking about, and people came together and voted and really helped me out. It was narrowed down to ten. Then the jury came in again and narrowed it down to 5.  So it was a hybrid system. When it got down to 20, I just wrote this thing on Twitter and Facebook and was like "Hey! I'm on this thing and could throw a vote my way?" and it really blew me away by how many people not only did that but how many of my friends in the comedy scene were posting it on their own walls from their own networks and re-tweeting it and posting, some people several times. People really came together for me. Not just here but all over the country in a way that was quite humbling. I'm very gratefully to be a part of this community.

COC: Once you got to Switzerland what was the actual festival like?
ML: The Montreux Comedy Festival was maybe the most amazing experience of my comedy life so far, I mean it was just fucking phenomenal.  It really opened my eyes up  to how much bigger this whole comedy thing is then I had ever realized before. To give a little back ground, the festival has been going on for a long time, but it's been a French language festival. And that part of it is huge. They have these huge gallerys that seat 2000, that all these people who are famous in France are performing on. So that's like the basis of the festival, then they have a international component which is new, which I think is in it's second year, and that's why I was there as a part of the international component of the festival, and most of that was an English language performances. The English shows were part of the daily motion contest which I was a part of, and then the "Stand-Up Africa" shows which were mostly comics from South Africa but there was a guy from Malawi and Nigeria as well. Those shows were awesome. I met all these awesome South African comics, now I'm gonna try to do comedy in South Africa, they have this crazy amazing scene. It was really awesome to have the material work in front of a true international audience like that. That was the part that was so eye opening that I could get in front of audiences in the Netherlands, France Germany, Sweden, South African and all theses places... and I ended up winning the contest too so that was cool.

There you have it. Lebovitz is the real deal. Hardworking and humble. You can catch him performing all over town and at his own showcase which is every Wednesday night.