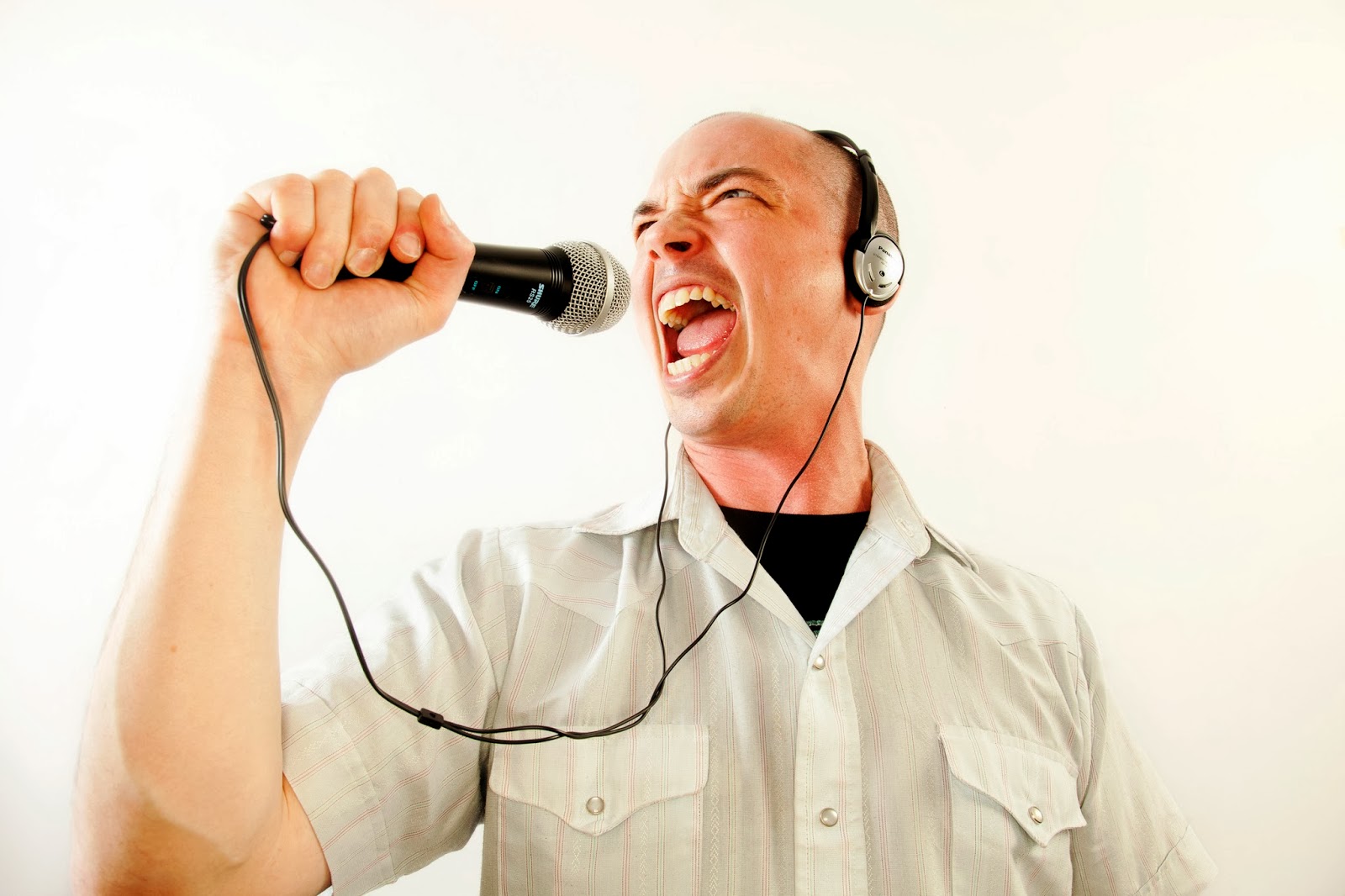 Nick Vatterott is another prime example of some of the great comedic talent that Chicago has produced in the last several years. Vatterott has performed on Late Night with Jimmy Fallon, has a Comedy Central half hour special under his belt, was featured at the Montreal's Just for Laughs Festival and tours clubs all over the country. Not to mention the guy has some serious improv and sketch chops, he toured with Second City and the Chicago/LA/NYC run of his one man show NO OUTLET received critically acclaimed reviews. Vatterott, who will be performing this weekend at Zanies, was kind enough for a phone interview where we talked shop about the Chicago comedy scene, New York and the perfect storm of comedy where it all started. Check it...

Comedy Of Chicago: For those who don't know You cut you teeth in Chicago right? What was it like coming up in the Chicago scene?

Nick Vatterott: Yeah I pretty much started in Chicago, I did like an improv group in college and probably did about a total of 5 open mics over the course of two years before moving to Chicago.  But when I finally came that's when I went full throttle like doing it every night. So that's when I consider actually starting. and Chicago is great because it's like the best comedy city you know? There might be more opportunity in L.A. and there might be more stage time stand-up wise in New York, but just comedy wise in Chicago you've got Second City, The Improv Olympic, The Annoyance Theater, The Playground Theater,  Chemically imbalanced comedy and all theses great places. I was able to do sketch, improv and stand-up all at the same time. It was amazing... 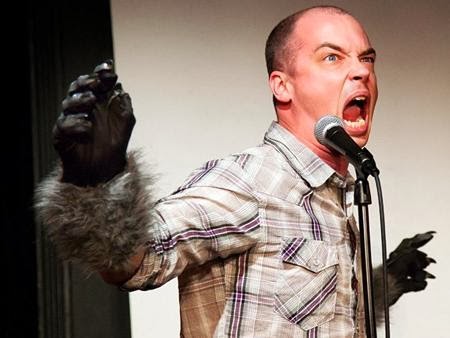 COC: Wow, you did sketch too?
NV: Sketch was great because the sketch scene in Chicago is the best anywhere. You know this is the first year I didn't do Chicago sketch Fest, I did it for like 9 years in a row and I was in about a dozen different sketch groups over there. You know so its so great to constantly be meeting and working with different people doing different projects. And all the improv I was able to do from the bar shows to the Playground theater. I got a lot of stage time from that and from IO and also getting tours with second city, I actually did a touring company for a while. And then on top of all that to be able work with the best improvisers from Chicago and being able to be influenced by them and work with them and watch them was such a positive enriching experience. Then stand-up wise I just kind of lucked out coming to Chicago during a time when just all these comics were here. It was just kind of a perfect storm of big comedians all just kind of showing up in Chicago at the same time you know. I don't even know if I should begin to name names because I'll always leave somebody out. But some of all the best comics working right now started in Chicago at the Lyons Den. To be able to see them every night, with all the camaraderie, everybody trying to outdo each other, watching like 4 great comics crush in a row and then ride that energy. That was just a huge part of the experience. I think there is more stand-up going on now in terms of stage time. But the good thing I think about less stage time, is that everybody was at this one show every week. You know? So you got to watch everybody and watch what everyone was working on. So that was a really great experience.

COC: You mentioned not wanting to names names, but don't worry I'll do it for you... Comics like T.J. Miller, Hannibal Buress, Pete Holmes, Matt Braunger, Kyle Kinane, Kumail Nanjiani, Deon Cole and many others have come out of Chicago in the same period as you. Why? Was there something in the water? Is it just the law of averages this being such a big city? What's your take on why Chicago produced such great comedians? 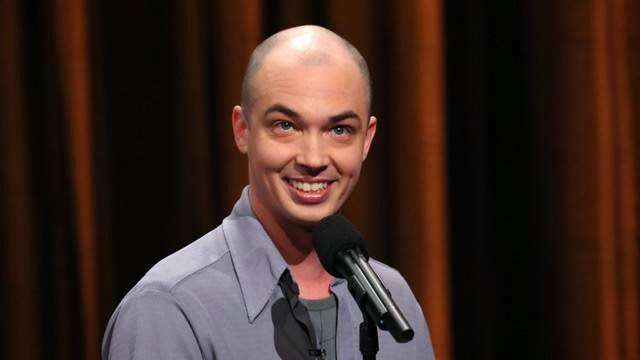 NV: It was a little bit of a perfect storm... Now looking back ten years, and being in New York for a while and seeing the scene in L.A. Also, there are great scenes all over the place, Denver's got a great scene and Minneapolis has a great scene, there are a lot of places where it works. A lot of comics sit around and try to figure out "why?" But I also think "well why did so many great grunge bands come out of Seattle?" You know? What was it about  Florence and the Renaissance? It's a couple of things, first of all none of us were really from Chicago. I think just a handful like Kinane and Hannibal were born and bred here. But really it's a combo of things. First of all Chicago kind of got the best of everybody who didn't got to NY or LA that was helpful. Second there is nothing to "get" in Chicago especially at the time we were there.  In LA or NY you go to a show and a guy who just started a month ago can be on the same stage that with someone who was on some TV show last week, you know? And then people are constantly seeing their peers get something their not getting and they are always wondering who's in the crowd and who they need to talk to to get this or that. In Chicago there's nothing really to "get", so all it was really, was this supporting environment as opposed to being jealous or having ill will toward someone that got something you didn't or whatever. It's also just a better palette for being creative. You've got nothing to loose, there is nobody to disappoint, it's a much more creative environment and you can try stuff out more. Another part of it is NY is way more massive, there are like 100  times more stage time there, but not all of it's good stage time though. It's almost like a  little saturated it's too big of a scene almost. I've been out there for like 5 years and there are still so many comics I've never met or or done a show with before that I meet and I'm like "hey you just move here?" and they say "no I've been here ten years". Another thing is that the  Lyons Den in Chicago was the perfect place for comedy. Joe Tozer, the guy who ran the bar, was one of the few people in the world who knew how to make a comedy show work at a bar...

COC: Yeah that room is legendary.

NV: The room  was  amazing, it was separate form the bar in the front, he treated everybody well and loved respected and genuinely cared about all the comedians. Even though it was a open mic I always felt like it was the biggest show you would do all week. Everybody in the scene was there. It's just not possible to do that in other cities. Because everybody was there every week it made you write more and it made you tighten up your shit. In New York the scene is so saturated you could do like the same joke for 4 months straight and no one is gonna call you out for it. You know? Just because of the perfect storm that the Chicago scene was you had to keep writing and keep making your set better. And yeah when your in the room with TJ Miller, Pete Holmes, Hannibal, Kumail and Jared Logan and dude after dude after dude gets up and crushes in a row you gotta fucking bring it. Yeah you can do your old stuff but people have seen it every week and it's not gonna work as well... and you wanted to do well because the crowd was so amazing. I think the Lyons Den was a big part of it.

Nick will be at headlining @ Zanies Sat & Sun night (recommended). Also he just started a podcast called the Nick Vatterott Show, check it out when you get a chance.