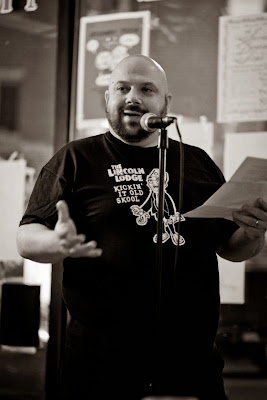 What I am about to say is somewhat hypocritical because I have been guilty of most every offense I am about to kick in the balls. But this is as much to me as it is to you.


Quit hittin open mics and fuckin off on stage, wasting time. I have been hittin the mics more recently, I love seeing how the scene has grown, but I keep seeing a lot of comics wasting time on the mic. What I mean is I see a lot of people looking at their notes (constantly) or fumbling through their phones for their ideas, stumbling through their bits, not being well thought out before they take the stage.

I've seen comics calling out the silence in the room, commenting on their own lack of commitment or lack of received laughter and it’s all bullshit! And not respecting the light… wtf! When you see the light, get the fuck off! I also see comics not selling their bits, just saying them…. Wtf! This is all a waste of everyone’s time; the performer, the audience and the other comics waiting to get up. So fucking stop wasting time!

I know it’s an open mic and yer trying new shit out but come prepared, have yer set list memorized if possible. Notes aren’t the end of the world but they should just be there as a guide, not a fucking crutch and/or script! And get off of yer phone for notes, you look like an idiot fumbling through it looking for bits. If you have it on paper at least it’s easy to scan and get a quick overview for reference vs. scrolling through yer phone like a jerk.

Unless yer doing crowd work, avoid contact with, calling out, or blaming an audience for anything. Insecure, unprepared comics do that shit, don’t be a schmuck and do it too.

Practice perfect.
Sell the bit, dummy! I keep seeing a lot of comics not taking open mics seriously and they deliver the material half assed! Why bother? Sell it each and every time you take the stage or don’t bother taking the stage… go home. The joke, the written part, is less than half the battle. The audience wants a performance along with the material, and the material does too! Deliver your bits with the proper intent and emotion, sell it! Even if yer thing is dead pan, that is still a thing and needs proper delivery. Be mindful of yer material, how it’s worded and how it needs to be delivered and practice that shit when you hit the mics. 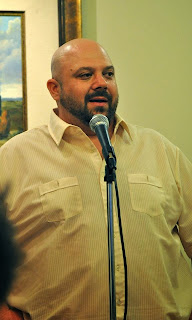 I know I sound like a ranting loon, but I genuinely care about the scene, the shape it takes and I like to see local comics make good. I believe Chicago is one of the comedy meccas of the world and want everyone to know it. Practice perfect and they will know.

Monte LaMonte
LaMonte is an comic, writer, storyteller and producer in Chicago that you can catch perfroming all over town. He also co-produces "I Shit You Not!" and "Wait for 8"
Newer Post Older Post Home