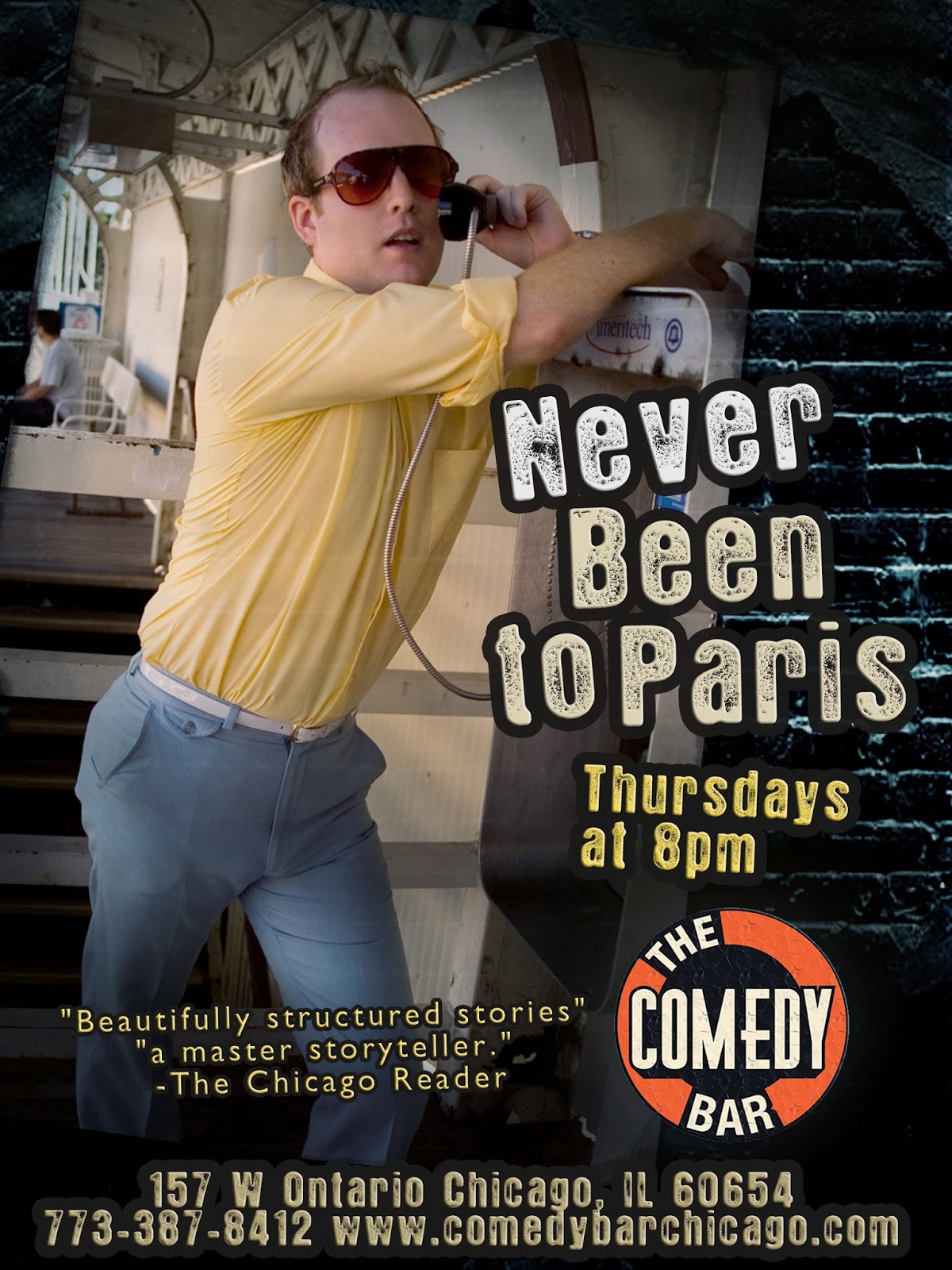 Although we just posted a "What's Popping" segment that pretty much covered Chicago comedy news & plugs for the entire week, we wanted to give a few specific shout outs to some special shows that are happening this Thursday.

First off, Sean Flannery's one man show NEVER BEEN TO PARIS is returning to The Comedy Bar (great venue) this Thursday. NBTP is a one man multimedia and stand-up hybrid show comprised of hilarious tales of Flannery’s many near death experiences, most of which involved copious amounts of alcohol. But before you jump to some conclusion that Flannery is somehow glamorising drinking... Stop it. He's no frat boy drunk. His story's are measured, intelligent and most importantly funny as hell. Yes, funny tales of near death. Funny to the point of stomach cramps, more so by the fact that they are all true and he's got the AV media to prove it.

Some NBTP press quotes:
"A master storyteller" - The Chicago Reader
"Not to be missed" - Center Square Journal
"Hilarious, boisterous, A stand-up Shane McGowan" - Skyline Newspaper
"One of the most original and funny shows
that I have ever come across. Hysterically brilliant!" - Buzz Magazine 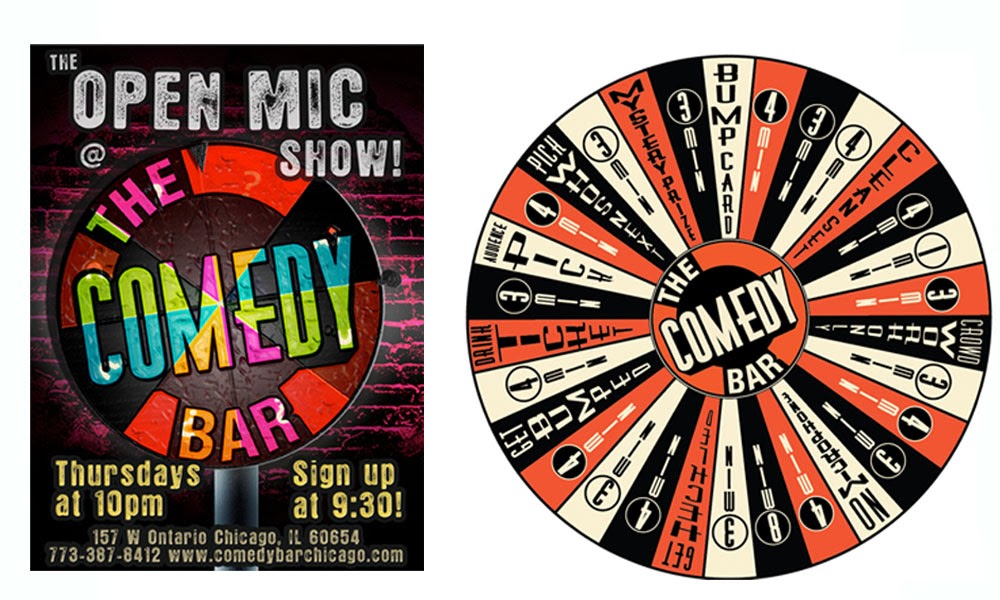 Also happening Thursday night at The Comedy Bar (immediately after NBTP) is the "THE OPEN MIC SHOW". Word on the street is that this open mic will be an ongoing vehicle for TCB management to directly scout talent. They also plan on mixing things up with a "spin wheel", prize giveaways and a rotating cast of the best comics in the scene to host. Add all that to the fact that this club books some of the best national acts in the country and your looking at several reason to check this mic out. 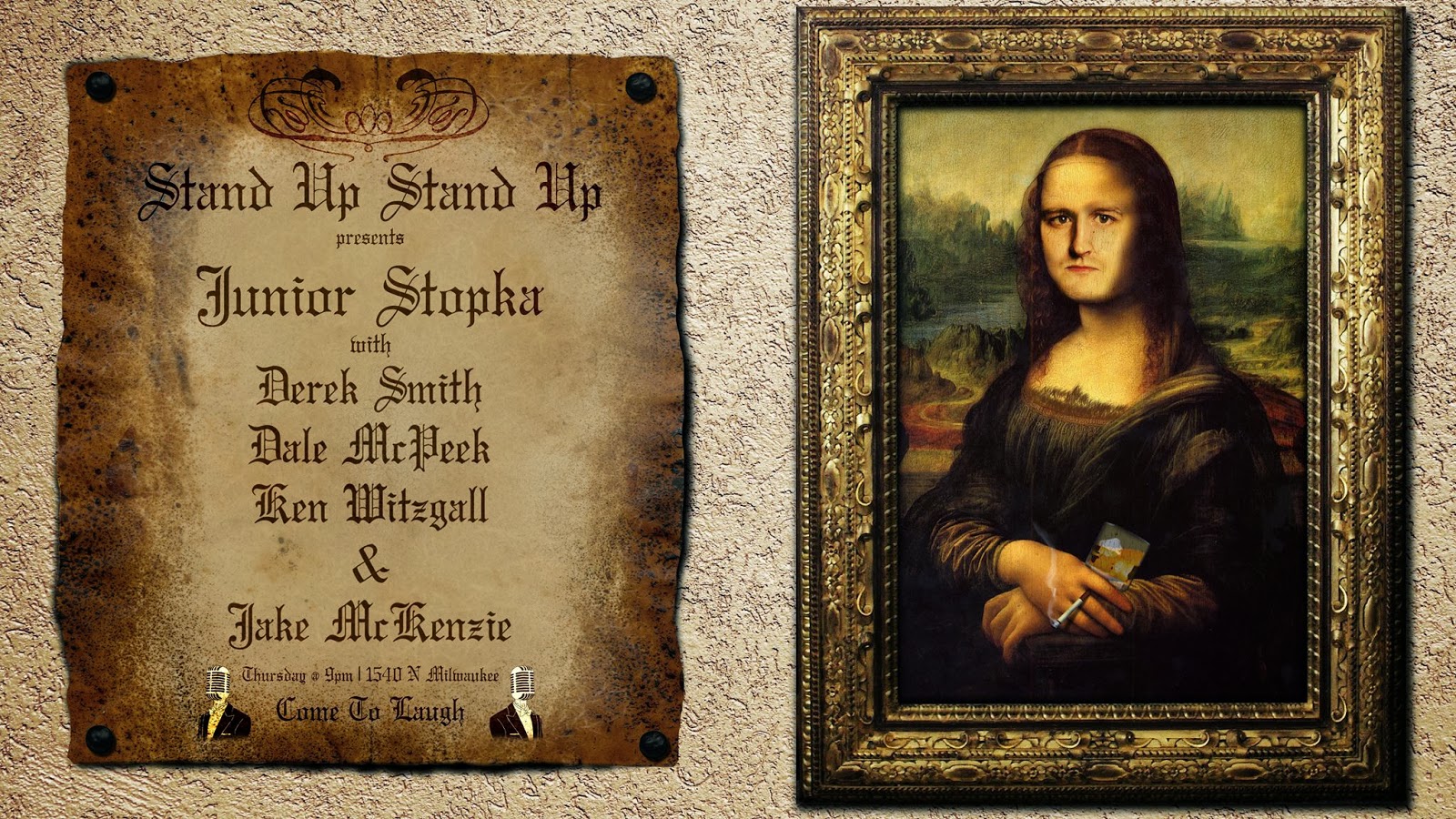