Ladies and Gentlemen, it’s that time of year again! That’s right, it the Top Ten Chicago Comics I wanted to FÜ©K of 2013!

Candidates are judged by both sexiness, and talent. In addition, no one from the 3 previous year’s list were eligible for this year’s list. I will be releasing a name each day until we hit #1.

What started as a joke is now a running gag. This is fun for me, and should be fun for you.

DISCLAIMER: It should not be assumed that persons named on this list used technology to reveal any nudity. Any assumption of such is hear-say and can not, nor will not, be confirmed or denied.
So without Further Ado.......

#10. Alex Stone: Well on the rise, really good cred. In and between, all over the scene, nary a hair on his head. Hittin the road and grinding on, originally from Cincy. You have to get up, get out from under and take a look see. There's a new guy in town and he's looking good. There's a fresh funny face, in the neighborhood. There's a new guy in town, with a break neck style. Hope he’s not passing through, and if things work out he's gonna stay awhile....ba ba bum bum bummmm.

#9 Ricky Gonzalez: Such a Card! It’s hard not to fall for Ricky’s smile, and giant bear hugs. He is definitely top rope in the scene and his cuteness is matched by few. He’s no sleeper, as he puts crowds into submission with his Stone Cold punch lines. I figure four or five years from now he’ll be all over TV, and not just the ones in Wendy’s. Tagging in at #9, Ricky Gonzalez is so fine.

#7. Seth Davis: Mr. Seth Davis - physical, humorist. Searching for a way to tap into the hidden strengths that all comics have. Then an accidental overdose of gamma radiation alters his body chemistry. And now when Seth Davis grows witty or outrageous, a startling metamorphosis occurs. "Mr. Emcee, don’t make me cranky. You wouldn't like me when I'm cranky." Seth Davis is believed to be drop dead gorgeous, and he must let the world think that he is drop dead gorgeous, until he can find a way to control the witty spirit that
dwells within him.

#6. Eric Oren: This Pharaoh of funny is a physician of the turn of phrase. He has risen like a phoenix with no phobia of physical work, as seen in his physed videos or phenomenal songs. And just looking at a few of his photos shows his phat physique is not phoned in, and makes one say “Phew!” What a great phase in his career. I can only philosophize about that phallus. Eric Oren is no phony, and #6 is his trophy. 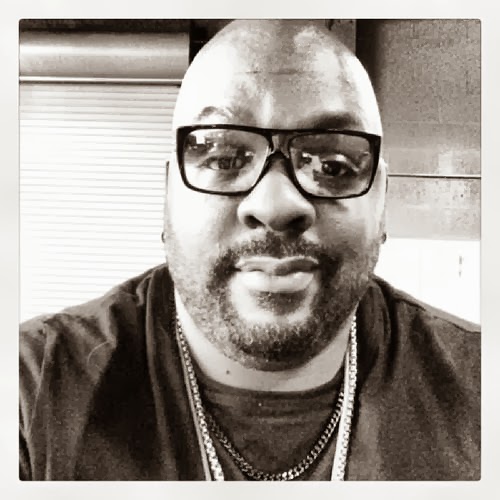 #4. Xavier Lamont: Xavier is the biggest thing on the Comedy Menu! Funny is just in his cells. He’s got the formula, and range that has made him drop down hysterical this year. Crossing borders of the invisible rows and columns of Chicago Comedy, XL has the range and the joke workbook that has made him a true comedy value this year. He has proven that with no filter, you can function in any room no matter the format, and merge audiences together. Other comics should chart his path, because it’s a heading we should all strive to follow.

#3. Mitch Kurka: I’m entertained by his sickening brain. He fills my soul with his word games. Everyone goes, “My God, whose that?!” Oh he full of tasty jokes cause that Mitch has knack. He’s Mitch, he’s Mitch, Oh Mitch has knack, Stone cold hottie as a matter of fact. He can bait, he can switch, he go can go clean or blue. It's the way that he moves, and the jokes he can spew. Whoa oh oh!

#2. Tyler Snodgrass: e-GAD! The SASS DRAGON of puns is NO SO AND SO, AND took the GRAND ROAD from Springfield Missouri to Chicago. He SOARS through GROANS AND SNAGS laughs, setting fire to audiences like AN ARSON. He’s navigating his comedy canoe with A SONAR OAR, and a SONG in his heart, using his mouth ORGAN like a GOD. He pops like a SODA, AND is a RAD DOG walker, SANS the pants! There is much ADO about this RAD dude, which is why i ADORN this SON with #2.

Honorable Mentioned: Here are this year’s 3 honorable mentioned that honor those special ladies that just don’t turn me on enough to want to nail, but just enough to maybe watch someone else nail?

HM: Natalie Jose: When this lady cracks her Crazy lines, I Fall To Pieces. If you have Leavin On Your Mind, her honest quips well make you think “that’s So Wrong,” and then She’s Got You glued to your chair. You Made Me Love You Natalie Jose.

HM: Stephanie Hasz: Her cardinal rule: leave it all on the stage. This powerhouse has lines that can make most blush, and her word choice is so cherry. Weather she’s shaking off the rust, or flushed for time, she never fails to gingerly deliver hysterical chestnuts of wisdom. Stephanie Hasz is one in vermilion.
HM: Rebecca V. O’Neal: Rebecca will not submit! Beware of that girly curtsey, can she can dish it out not kowtowing to womanly stereotypes, as she won’t stoop to the level. She is in command leaving audiences prostate. Take a bow Rebecca!

#1. Nick Rouley: Queer friendly, and music maniac, this artist is definitely an atypical comic. His odd ball antics paired with his singular wit makes him a delightful anomaly. His quips and sketches are a bizarre of unusual hilarity, and to see him and not smile is rarity indeed. Always unpredictable, this Misfits fan is a devotee of surprising stage nudity, always willing to showcase his nuts. For his exceptional talent, eccentric heart, and unexpected physique, wacko Nick Rouley is the 1 who puts the “Chic” in Chicago.