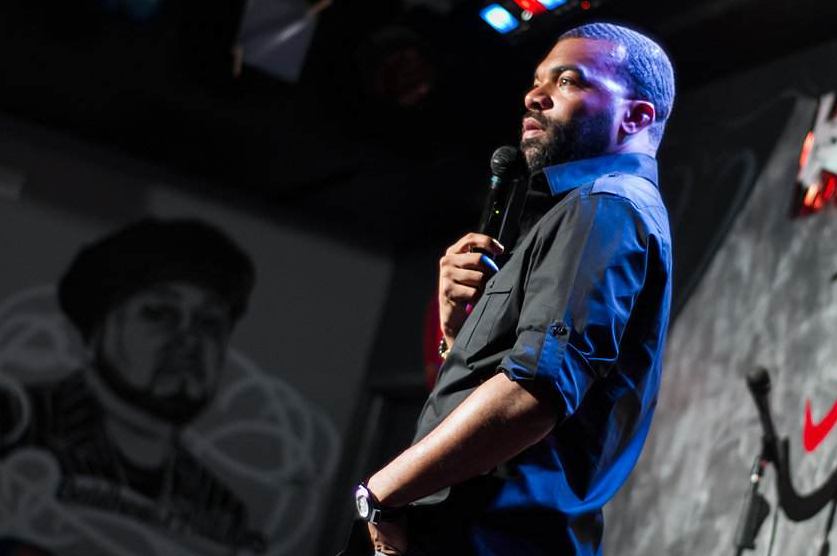 Comedy is a serious grind, there is no doubt about that. Much like politics, there is no room for the weak of spirit, the lazy or the thin skinned. It's helpful if you have a hustler's mentality and Ray Grady definitely has that. In abundance. Spurred on by the struggles of everyday life, Grady has a natural ability to make his audience laugh and find the humour in tragic situations. Grady's credentials are impressive. He's been performing stand up comedy since 2002, has TV appearances and comedy specials a plenty, he's worked with super stars like Jamie Foxx & Martin Lawrence and he tours with national headliners like Mike Epps, Corey Holcomb, Tony Rock and Donnell Rawlings to name a few. Basically he's everything you would think comics on the grind in the Chicago comedy scene would aspire for. Grady, who headlines this weekend at Jokes and Notes, was kind enough to chat on the phone for an interview. Check it out. 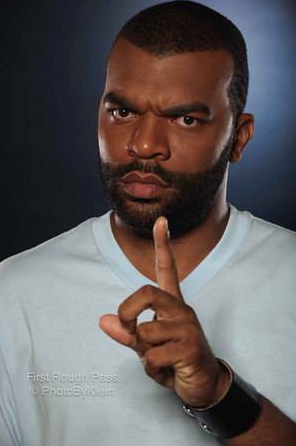 Comedy Of Chicago: Chicago has produced some amazing comics like, yourself, Hanniball Buress, TJ Miller, Deon Cole and Lil Rel just to name a few. What is it about this town that makes it such fertile ground for great talent?
Ray Grady: Well... That's a long answer, but lets just say that other cities know for stand-up comedy now give Chicago comics their due. It's known about Chicago that we have the funniest comics because we're from all over, from the south, from other countries, we're from wherever...  and Chicago, it's a blue collar city and every one is hardworking, you have people from different neighborhoods and back grounds, upbringings, what have you... And when you put that all together, it's gumbo! It's like gumbo baby. Plus all those cats you named, TJ Miller is a cat that's respected, Hannibal same thing with him, Deon Cole and myself included, we've all done numerous shows together and you know... it's just our time man. Chicago's the third largest market  and we don't really get our due so we have to bite and scratch just to be recognized you know what I mean?

COC: Yeah, It's  seems like the Chicago scene is getting more attention then ever.
RG: Yeah well you know once people find out your from Chicago they already know, and have a level of expectancy of you. Chicago should be bigger in terms of entertainment, but it's not, and as far as with talent... we've got a lot of talent here but we never really get our due... until you leave Chicago. For the most part, but you have to leave.

COC: The Chicago open mic scene is huge, and it's a way that many comics work out new jokes, how do you work out your material?
RG: Well, I'm sort of past the open mic stage, I don't mean I'm too good to do an open mic... I just usually work on my set or my content by myself you know? What most comics don't know is confidence is what gets you through so if your not confident in the material your gonna loose.  So I don't care where I'm at, if I wanna try something new I'll do it.  And I'm confident behind it when I say it.  You know comedy is subjective, some people get it, some people hate it, some people love it. So that's my take on it. If your gonna do open mics do em,  if you want to. But I try not to do that only because I'm coming from a business standpoint for myself. If I'm doing a show and people are paying $75 a ticket they could say "why buy a ticket if he's doing an open mic" you know what I mean? 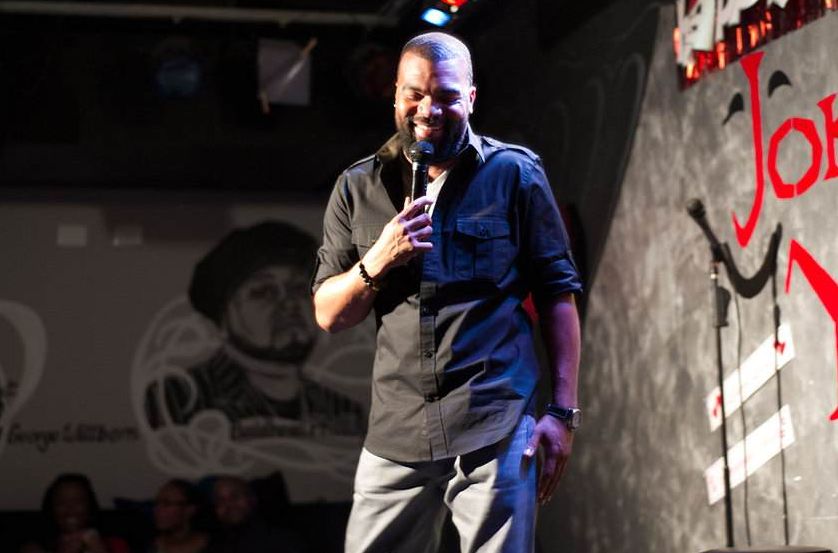 COC: So where do you get most of your material from?
RG: I'm a very observational cat so that's what I try to base it upon, whatever  I see, and then give it a males perspective on it you know? I pretty much just do whatever I want to... And because I'm confident in whatever I do, it usually works for me. It comes out like that.  Some people look at it like "where did you get that joke from" or "how did you do this character" and I'm too serious to bullshit and so I don't have any problems with that. If the crowd doesn't respond it doesn't mean the joke isn't working it means they're listening... And I love silence  on my show, some comics get scared or whatever, but this is how I live I have a totally different take on it from any other comedian out there. But it's all about whatever feels good. If I don't like it I wont do it. I wont even mention it you know what I mean.

COC: Some comics do"white clubs" or "black clubs" and some do both if they can, what's your take on the "urban clubs" vs "mainstream" club conversation?
RG: Well I would say it like this, most of us as comics, we have a  tendency to stick with whats comfortable, including clubs, but I never wanted to be comfortable depending on them... now granted when your touring you try to put your self in a higher  bracket, you try to take the next step from doing 100 - 200 seat comedy clubs to 400-500 seat theaters you know what I'm saying? It's more of a business. But what happens is because the higher ups are looking at numbers you have to be able to reach out and do mainstream rooms. And it's very easy to do, for me. Just because of the type of artist I am, I don't have to change my jokes so it will fit them. I don't do that. And honestly they respect that because you not shying away from who you are. The same jokes I tell at Joke and Notes are the same Jokes I tell at the Improv, so I have no loyalty to either brand, comedy is comedy and that's what I do. Clean shows are the  easiest shows in the world. If your funny your funny.

There you have it. Be sure to catch Grady tonight and Jokes and Notes or on tour if you get a chance.