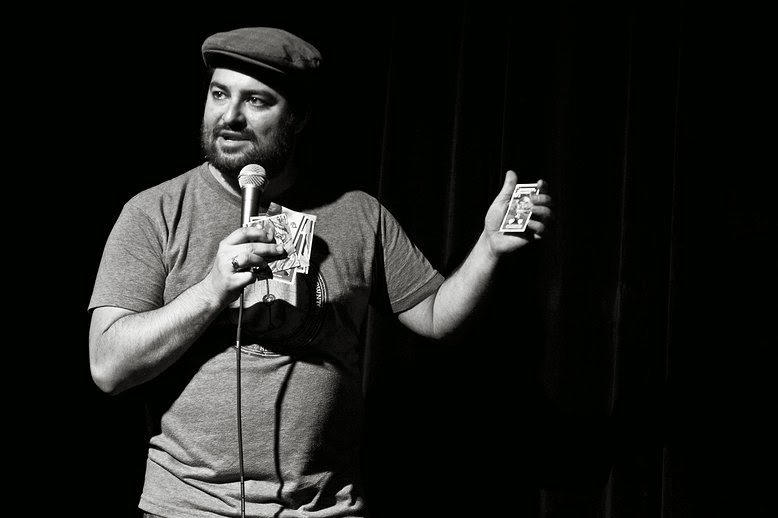 Sean Patton is one busy dude right now... International comedy festivals (JFL Montreal, Melbourne) network TV appearances, Comedy Central specials, this cat is doing it all. Patton is also is a nationally touring comedian based in New York and Los Angeles by way of New Orleans and has performed at legendary clubs like Caroline’s, The Comedy Cellar, Gotham, The Improv, The Laugh Factory and many other clubs around the Country. In short the guys a hard working beast. Starting tonight you can catch Patton all weekend long at "The Comedy Bar" - a plush club in Chicago's "River North" neighborhood. We did a quickie interview with Patton via email, check it out...

Comedy Of Chicago: You've got a Comedy Central special, multiple network TV appearances and get to travel all around the country performing stand-up. Are you living the comedians dream right now?

Sean Patton: I can't complain. I mean I could, but that would make me seem like a huge piece of shit. I am constantly beaten, tired, hungover, confused, and itchy. Which is how you should be if you love what you do.

COC: Your a pretty high energy cat on stage (judge for yourself from clip below), you always so intense? Or are you more subdued off stage?
SP: Am I intense? I always thought of myself as a mellow Marty onstage.

COC: Chicago's open mic scene is pretty strong and it's how many comics work out, how do you work out your new material?
SP: After doing stand up for a particular amount of time, you find yourself working out material constantly. At home, on a train, asleep, during sex, on airplanes, in court, during email interviews, etc...

COC: Speaking of mics do you remember what your first set was like?
SP: Every comedian remembers their first set. My first set was awful and I'm still trying to rebound from it. This is what drives me.

Short and sweet... Be sure to catch Sean this weekend - Get $5 off with the code coc13.