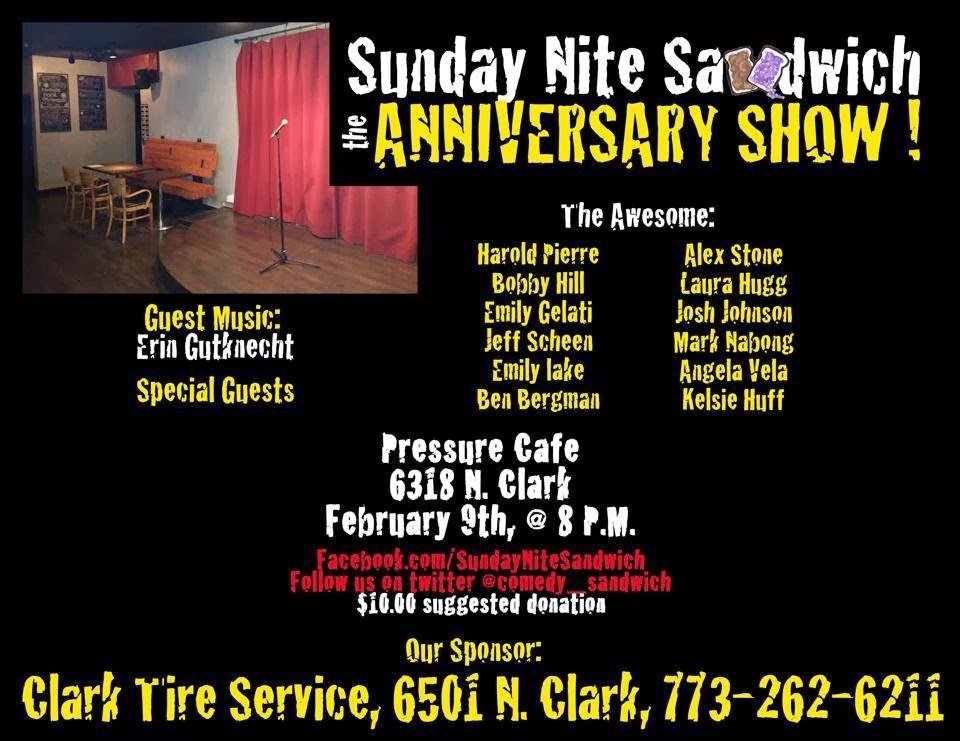 It's Sunday and tons of great comedy options are upon us. Some folks might think that the best days for a Chicago comedy show are prime time nights like Thursday through Saturday. But the truth of the matter is you can catch some amazing shows every night of the week in this town. Case in point - there are several top notch shows going on tonight that really should be on your radar. Plus it's stopped snowing and you probably need to get out of the house anyway. So with out furhter delay check out whats happening tonight, then get out and support some local comedy.

First up, and probably your best bet is the Sunday Nite Sandwich Anniversary Show. It's a comedy contest tonight WITH $200! on the line. That might not seem like a lot to you but trust me to a comic that's a freaking fortune.  Plus the line up is STACKED. Get there if you can for sure.
@ Pressure Billiards & Cafe, 6318 N. Clark, Chicago Il. (Rogers Park neighborhood)
The players:
Harold Pierre 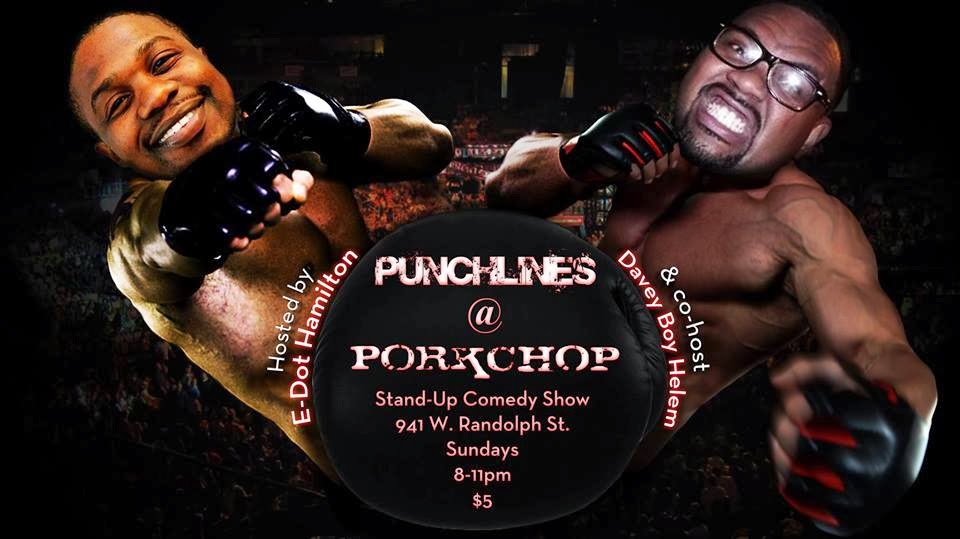 Punchlines At Porkchop
at the Porkchop bar - 941 W Randolph St, Chicago, Il.
NEW OPEN MIC IN WEST LOOP!
Hosted by Davey Boy Helem & E-Dot Hamilton!
This should be a hell of a new mic with talented hosts and a central location to attract the best talent in town.
Tonight - 8-11PM