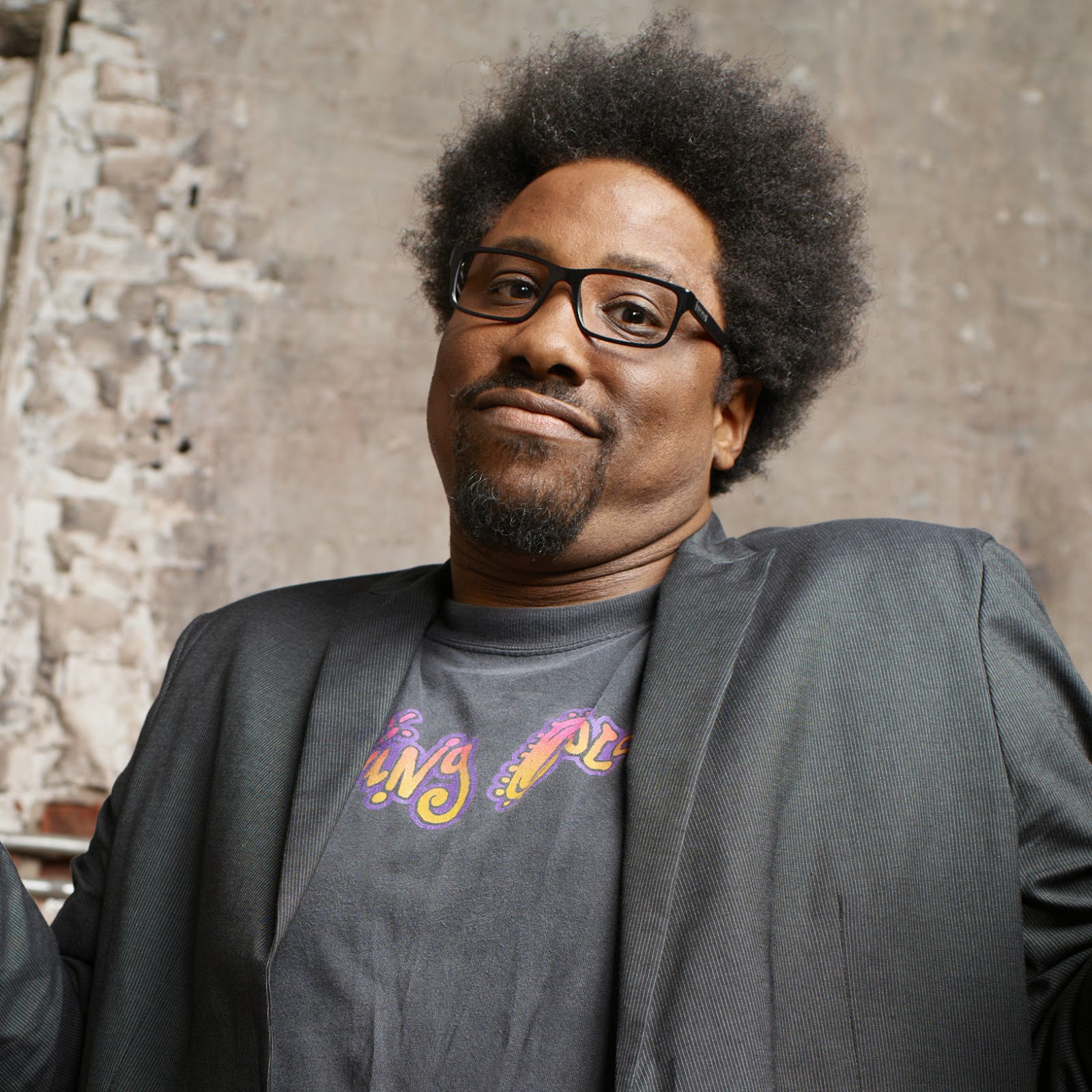 A weekly half-hour FX comedy series, two stand up albums, headliner gigs, international festivals and comedy competition titles a plenty. W. Kamau Bell has a ridiculous resume despite being labeled a "Socio-political" comedian, which you might think could be a kiss of death concerning main stream appeal these days. You just don't see that many political comedians making the media rounds. Well Mr Bell is the big exception to that rule. Traveling the country on a national tour, Bell will be at The Lincoln Hall Friday night and was cool enough to sit down (I assume) for a quick phone interview.

Comedy Of Chicago: How did you get started in the San Francisco comedy scene?
Kamau Bell: Actually I started a little bit here in Chicago. But the scene was not really developed at the time and so I was young and there was not much going on so I moved to San Francisco and had to pretty much start over because I hadn't picked up any good habits at that point (laughs). Was just a hobby really. Got over to SF feeling like "Oh... this is a thing you do every night!?" And also San Francisco is kind of a place where the freakiest people in the country move to let their freak flag fly and you just find yourself in shows with lots of different kinds of people with lots of different types of views, opinions and ways of being in the world. Which for me is the part that really effected me even more then just doing comedy. I liked just being around lots of different people all the time. I feel like that's the solution to all of the world problems we just need to get in a hot tub together and sweat it out, and that sort of what San Francisco is to me.

COC: So your touring across the country right now, is each show a little bit different?
KB: It's a little different each show and the amount of difference depends on whats going on. The last time I was in Chicago was the day that George Zimmerman was acquitted so I was on stage in Chicago and I broke the news to the audience because it happened while the show was going on so many people didn't know. So I went on stage and talked about it and had to break the news and you know I was sort of like hey "I'm gonna talk about this for a few minutes and it's probably going to get uncomfortable and then I'm gong to talk about my mixed race daughter and it's all going to be OK". And that's what happened. But for me that's the whole point of being a comedian, it's sort of like instantly being part of a news cycle and then talking about real things that are going on, and sort of being part of that discussion immediately. That's a great thing about being a comic.

COC: Congress is deadlocked, politics suck, wars everywhere, does a shitty world make for good
material?
KB: Yeah unfortunately a bad world makes for good jokes, you know? Not a lot of good jokes came out of the garden of Eden but a lot of good jokes come out of strife. I think people right now in Ukraine might be hilarious, because where things are changing and the world is crumbling, someone is being really funny. 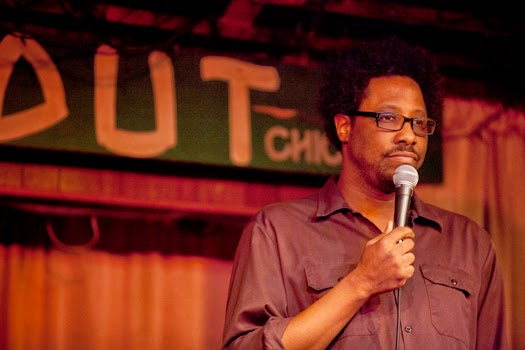 COC: Can a comedian change the world?
KB: One of the great things that I think comedy does it gets everybody in the room, and if the comedian is good at his job, it gets everybody laughing together which is a great thing. But if you put too much pressure on comedy then they start to act like the politicians who make the laws. I think definitely getting everybody in the room together and laughing, especially about the world and how screwed up it is, is a great thing. Because you leave the room thinking "OK we'll figure this out". But you have to actually leave the room to figure it out, we cant lock you in the comedy room forever.

COC: Where do you get your material, does MSNBC send you talking points?
KB: (Laughs) Yes everyday MSNBC sends an email list of the talking points that they want covered - "here are the jokes we want you to write today to help spur on the revolution". I have pretty eclectic sources for my news. Like I do certainly watch MSNBC. I literally look at my Facebook news feed because I follow a big range of people and there are lots of things going up there. Social media is a good way to get news because If you follow the right people they can bring it right to you. And also I'll flip around the channels and be like "Oh hey whats going on fox news?" You should always know whats going down on all sides. 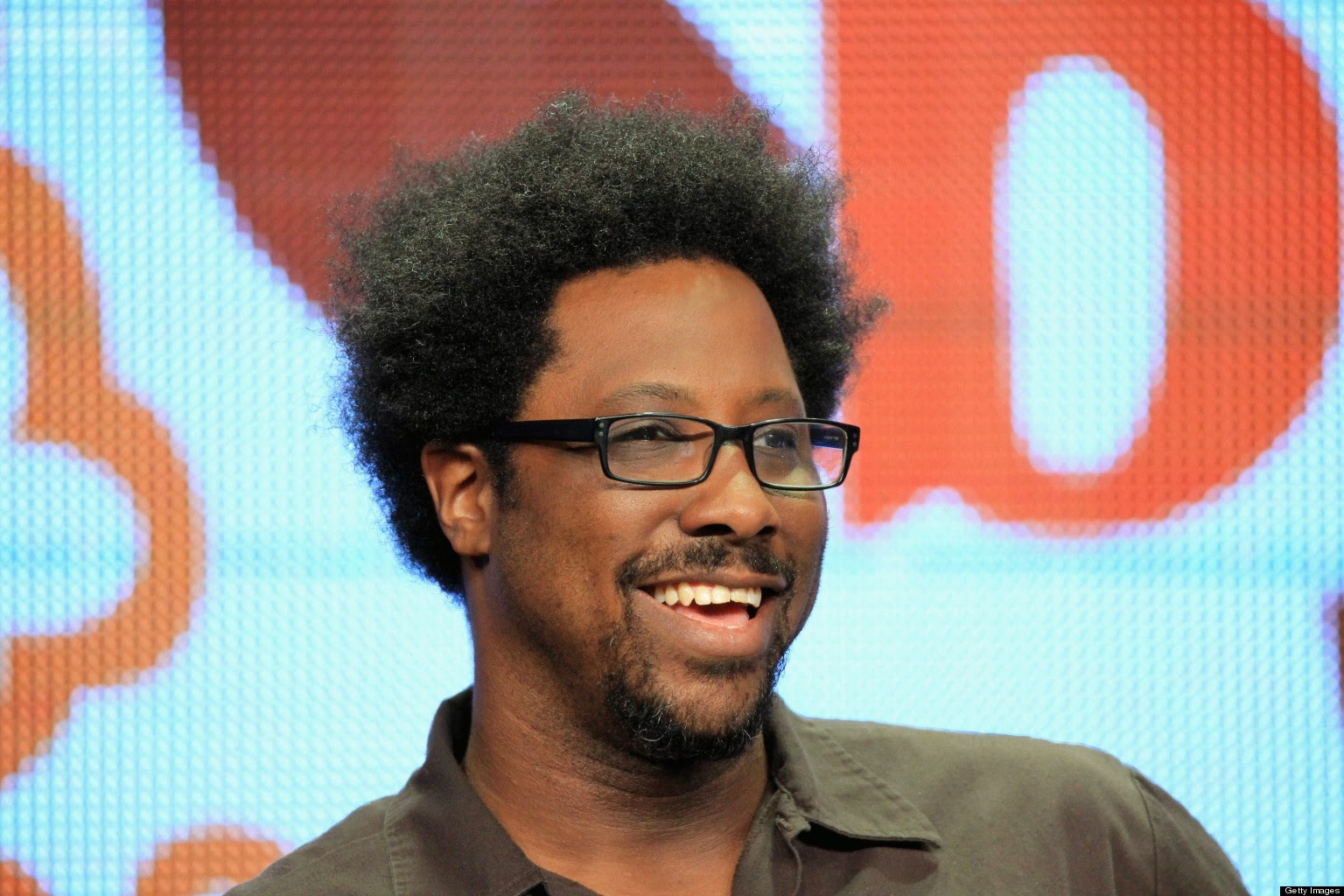 COC: We frequently reference Chicago's strong open mic scene and how comics use it as a foil to get better, how do you work out your new material?


KB: I'm married, so my wife and I have known each other for ten years. So she's got a pretty good sense of when I'm trying out jokes on her, she'll be like "is this a bit?" and I'm like "maybe" and then she'll tell to me to move this part to that part and so on. So yeah I'll do that. But for me, the best way to try out new bits is on stage in front of a group of people who are there to see what I'm there to do, you know? Actually it's funny because just last night. I was at an open mic which is the first time I've done one in like ten years or something. But I was like, "hey I've got to get ready for this tour so I need to and get out there". Open mics suck just as bad now as it did when I started, and as much as they ever did. When your done your like "well maybe I should quit... Starbucks is hiring and they still do good business right?"

COC: Wow, what was that like? How did the set go?
KB:: I mean you know it's embarrassing... Like despite the fact I've had some great things happen in my career - with Totally Biased and I've won best comedian in San Francisco a couple times, when you go to an open mic - your just an open mic-er. The open mic does NOT care. AT all. It doesn't matter what you did outside of here, this is a room with seven people in it, six of whom are comedians they just want you to finish.

There you have it, check out W. Kamau Bell's website for more updates and info.