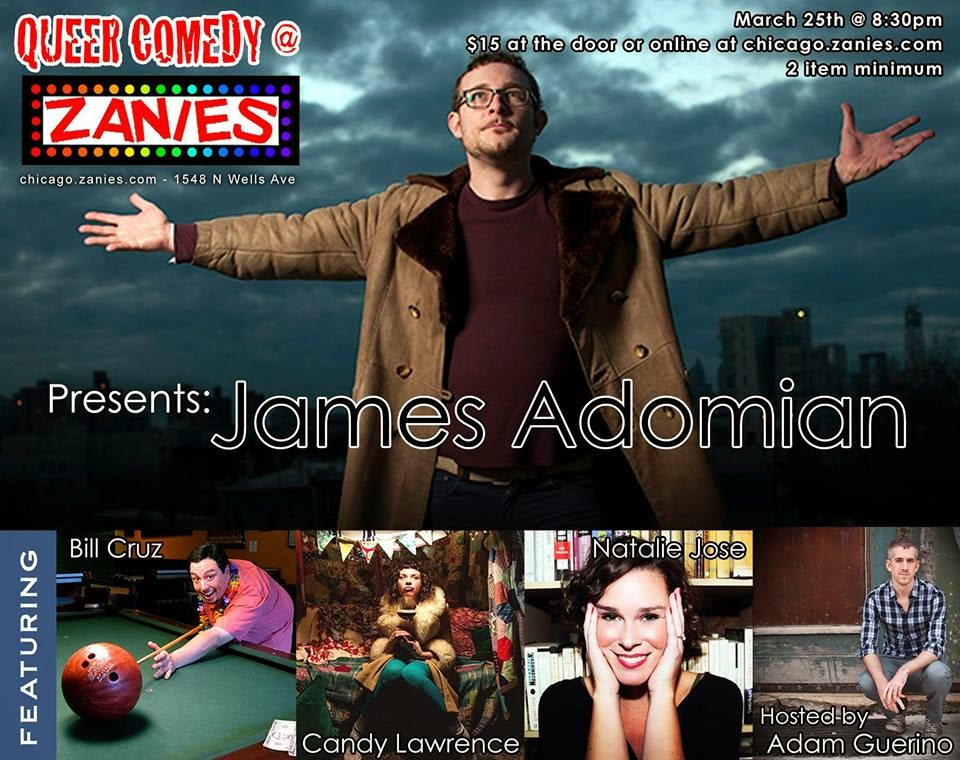 I always intend to get the "What's Popping" segments out early in the day. That's the goal. So that folks can be aware of what's going on in the Chicago comedy scene, by say late morning, so they can plan out their night accordingly. Makes sense yeah? But sweet Jesus it always takes longer than planned, simply because well... there's just so much good shit happening. Wish I could make it shorter and only list half a dozen shows a week, but just can't seem to cut the list off. For example this week alone, Tuesday through Friday is ridiculously stacked with sick shows. Not only is James Adomian (interview with him tomorrow BTW) in town at main clubs like Zanies all week, but high quality independent shows are happening all over the city... Oh well, what you gonna do? With out further delay check out whats happening in the scene this week.

Almost exactly a year to the day, Queer Comedy at Zanies will be headlined by James Adomian (NBC, IFC, national headliner) once again. Should be a bananas type event as Adomian returns to the show he has called “Pioneering” and “One of its kind.”
Featuring:
Adam Guerino - Host
Candy Lawrence
Bill Cruz
Natalie Jose
James Adomian - Headliner
Tonight! - 8:30pm 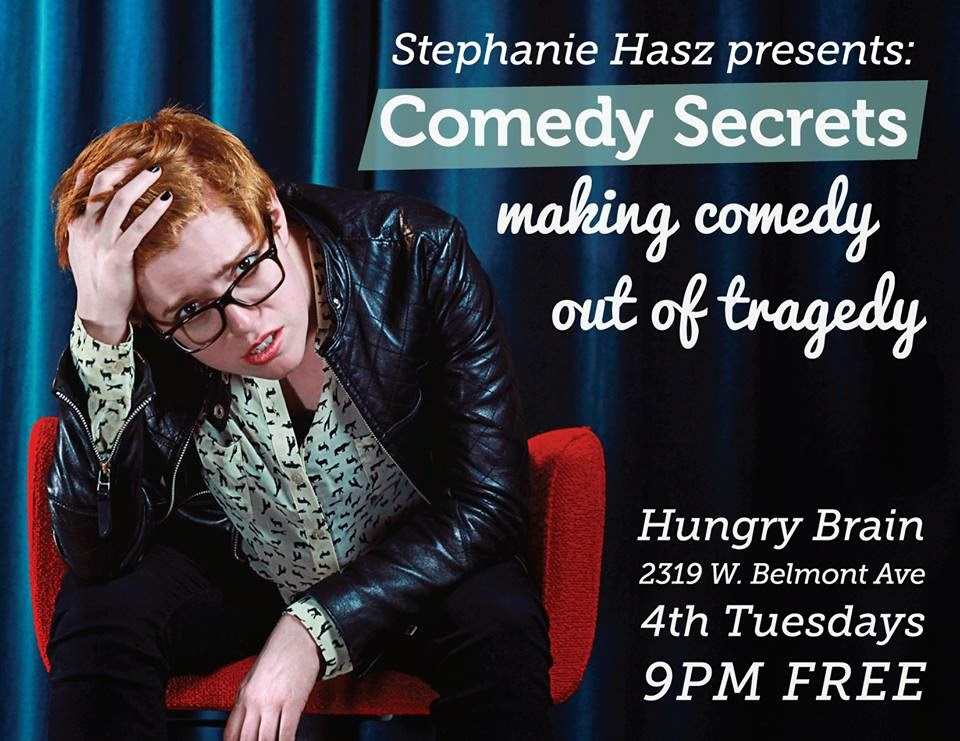 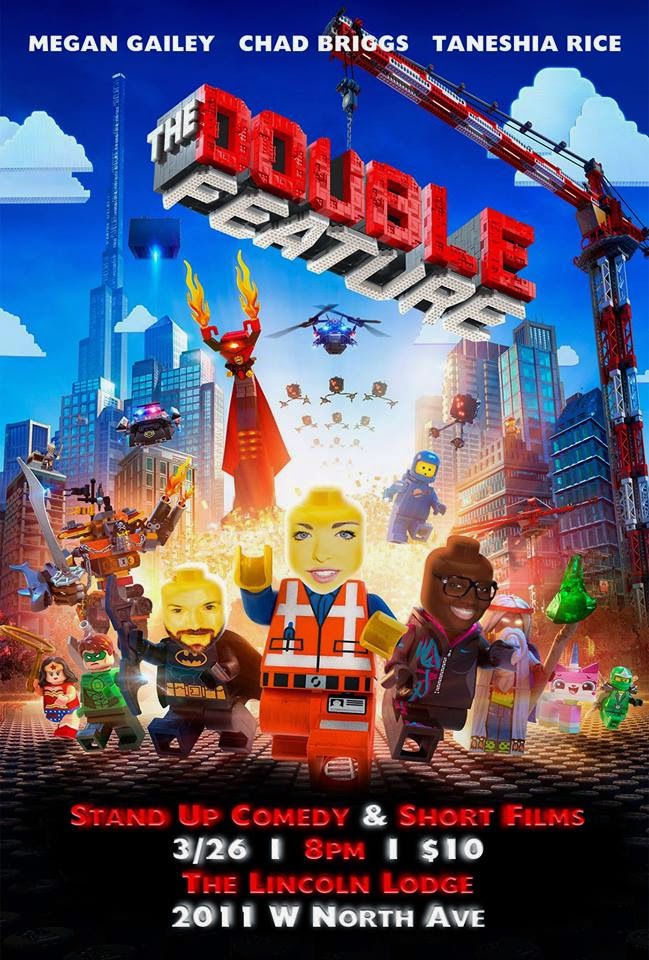 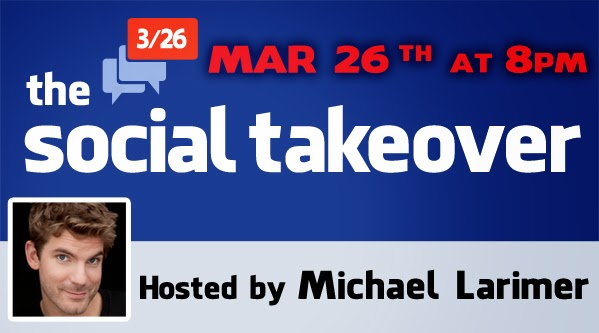 THE SOCIAL TAKEOVER
at Laugh Factory Chicago
Watch live as comedians hijack (willing) audience members Facebook accounts and destroy entire social worlds in a matter of minutes! This month features the return of the great Kristen Toomey and making her 'Takeover' debut the spectacular Megan Gailey! The show will be hosted by Michael Larimer and will contain a little bit of standup and a lot of chaos.
Wedensday! 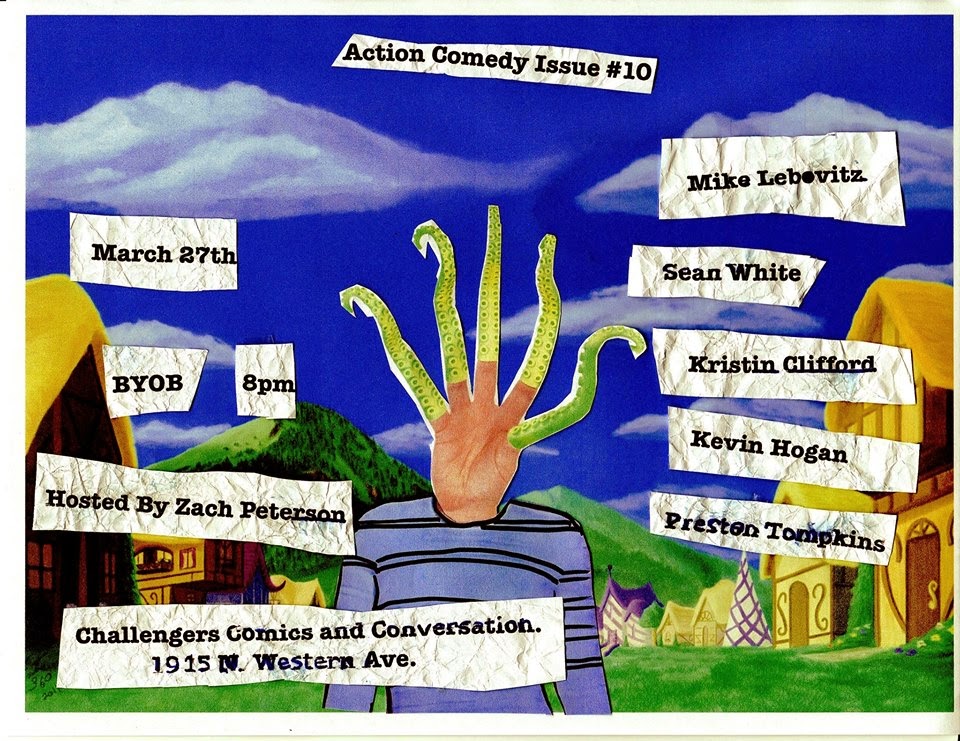 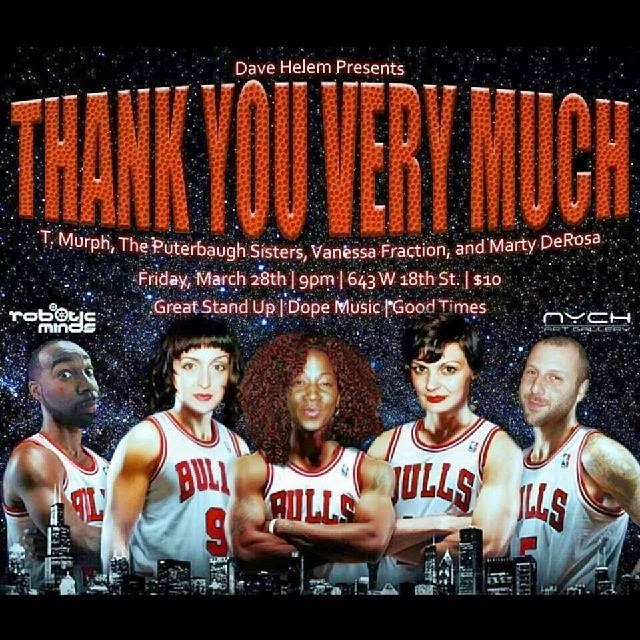