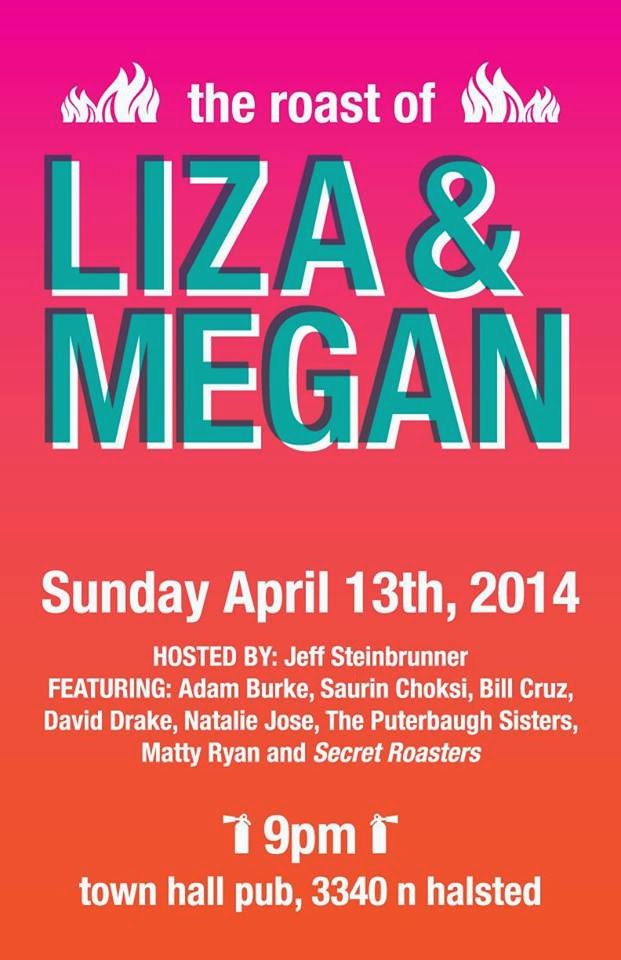 It's Friday, the sun is out and the Chicago comedy scene is looking ridiculously strong this weekend. We've posted just a few of some of the best events that should definitely be on your radar if your looking to take in some top notch shows. Included are links for all events with lineups for some and times for all. Everything listed is recommended, especially the Sexiest Comic in Chicago Bracket Competition and Pageant! and the ROAST OF LIZA TREYGER AND MEGAN GAILEY. Enjoy.

Sexiest Comic in Chicago Bracket Competition and Pageant!
at Cole's Bar - 2338 N Milwaukee Ave
Hosted by: The Puterbaugh Sisters!
Started with 32 comics, and now the Elite 8 will compete in a single elimination tournament until only one remains:
Eric Oren
Jeff Steinbrunner
Derek Smith
Cameron Gillette
Tyson Karrasch
Calvin Evans
Nicholas Rouley
David Drake
The winner will receive: $100.00 cash prize, a bottle of Jeppson's Malort & T-Shirt, A Featured Set at an Upcoming "Chicago's Best Standup" show at Laugh Factory Chicago, an exclusive interview and Profile on comedyofchicago.com, A Featured Set at an Upcoming Shinebox Comedy Show at Cole's Bar! + MORE! 3 Live Judges will then vote down the bracket until only 1 remains and is crowned the winner! Then stick around for an all-night DJ Dance Party Celebration!
FREE - Saturday April 12th - 9pm @ Cole's Bar
RECOMMENDED! 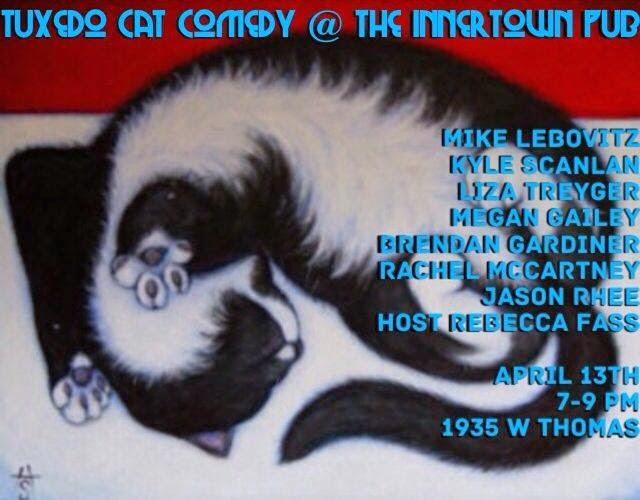