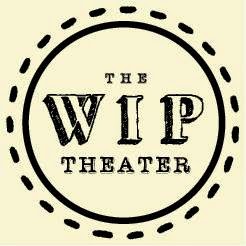 What the hell was that falling out of the sky this week? Snow!? F*ck that. No more. I refuse. It's April damn it. Mother nature you need to hear this: NO MORE. Officially declaring Chicago coldness (AKA winter, but hell it's already spring, so I guess we just need to be more specific) to be over. Just not gonna stand for it, I vow to pretend it's warm and wear shorts every time it even seems like the temperature might drop. Freaking weather...

So despite the cold snap, it's the weekend, the sun is out, we just had a marathon week of JFL audition shows, (took ton of pics) and the comedy fun ain't over. The scene is still strong this weekend so we just wanted to post up some of the best events that should be on your radar. Enjoy.

Movie night at the WIP Theater - Fundraiser and Housewarming
at The WIP Theater
According to the owners, this brand new north-side Chicago neighborhood theater plans to have stand-up comedy play a huge role in it's programing. So if you support the concept of comics getting paid, please support this new venue.

Work It Out Open Mic
at the Township - 2200 N. California
Starts @ 6PM!
Melissa Richelle hosts Work it out!
Great room to work out material, awesome sound and a nice stage. If you come in from the Burbs or the South Side you get extra time. This is one of the best stages in the city, come out and help make You'll get around 5 min.
$3 drink specials!
SUNDAY!