Comedians You Should Know 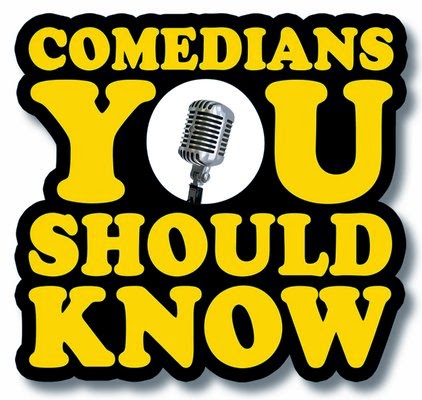 In the cozy back bar of Timothy O’Toole’s Pub, Kenny DeForest is having a conversation with himself. His head down, he shouts in the direction of his jeans at what he calls “the worst member of a dude’s entourage.” “Member” is the key word here.

DeForest isn’t a crazed vagabond haunting the Wilson CTA station. He’s a stand-up comic performing at the Comedians You Should Know weekly showcase. Started by six of Chicago’s funniest guys, the show has been proudly serving up the best of the best in comedy for over six years.

Danny Kallas, a Chicago native and a founding father of the showcase, isn’t performing tonight. Instead, he stands under a chalk drawing of a blue and orange bear, greeting stragglers looking for last minute tickets to the sold out show. His thick eyebrows slant upward in the middle, giving him a kind face. One guy doesn’t have enough cash for his friend. “Don’t worry about it,” Kallas says, sending him on to find a seat. 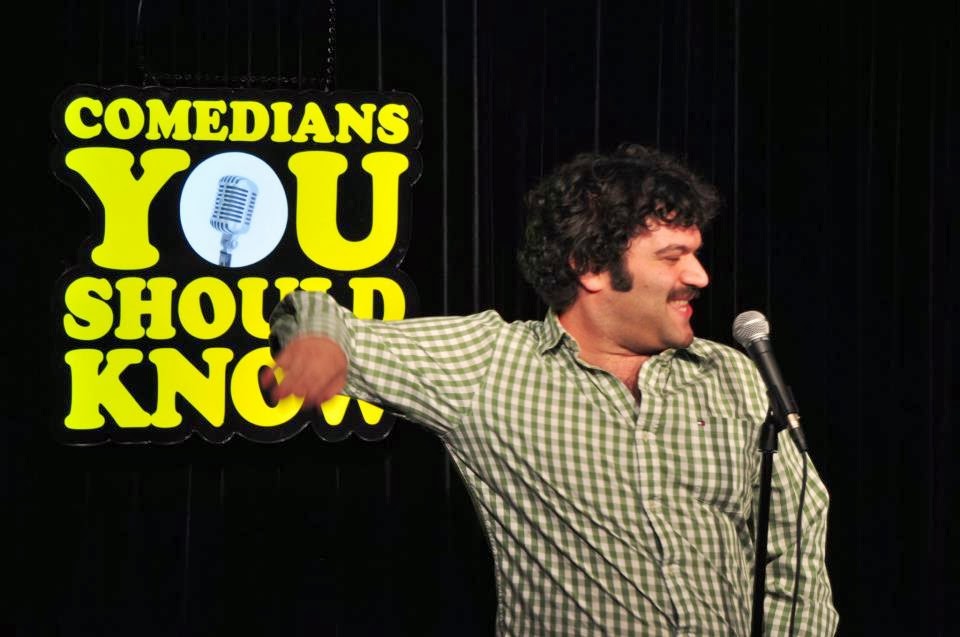 O’Toole’s is in the loop, across the street from some scaffolding and an empty building. It’s the middle of nowhere as far as entertainment hot spots go. This was intentional. “We brought a hip show to a not-hip neighborhood. And it’s become a destination,” Kallas says. According to Kallas, most comedy shows are run by “yupsters,” a combination of hipsters and yuppies and an accidental term he just coined. But the producers have worked hard to draw a diverse audience that collectively gets it. “It’s made us so much better as comedians, because we’re not just talking to people that are exactly like us.”

Chicago is a funny town, full of potential. But the coasts – New York and L.A. – are the industry headquarters. DeForest (“capital ‘F’ – people don’t respect that”), who came up in the Chicago scene worshipping Kallas and the men of CYSK, just moved to Brooklyn. “Chicago’s a great place to get funny. It’s a great place to be funny. But if you’re trying to be on TV or take that next big career move, you kind of have to go where the industry is,” he tells me from the steps of O’Toole’s emergency exit after the show, a can of pale ale in hand. 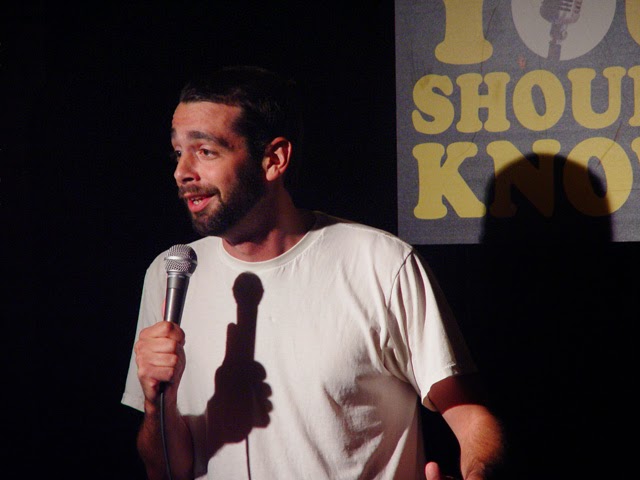 Later, from the same perch, Kallas hesitantly agrees. We both fit on the same step, two bags of bones with arms not much thicker than the banister, and he leans in casually, close to my face. “As much as I hate to admit it, [Chicago] is kind of the minor leagues. And you wanna get to the majors. I wish it wasn’t. I really do.” Kallas and CYSK are trying to remedy that, to pull Chicago into the spotlight.

A few sets after DeForest’s squabble with his genitals, Ian Abramson steps onto the tiny stage. This is his first time performing for the showcase. He starts with a sharply weird line – “A little bit about myself: I’m from the science projects” – and ends angrily glaring into the audience in a too-small t-shirt with a pizza on it, his large stomach completely exposed. Beads of sweat roll down his temples. The crowd roars.

It may not be Major League Comedy, but there is certainly no shortage of fresh talent in Chicago. In a thick accent, Kallas quietly asserts his confident wisdom over the bellows of drunken comics downstairs. “The cream eventually rises to the top. I’ve never seen it not happen.”