Thank You Very Much

My biggest problem I’ve had with Chicago as well as the comedy scene here in this city is the segregation. It’s no secret that Chicago is one of the most segregated cities in America. When you go to shows around the city, it’s the same thing most of the times. I’ll be at a great show but I have always been bothered by the fact that it’s not diverse at all.

I’ll be at a showcase, mostly on the south or west sides of town, where I would think to myself, "this needs to be tweaked". You have a lot of funny comics who are getting NO exposure and ”a couple” dollars for their time. It would bother me that many of the comedians that I found to be funny from the “urban” side of the scene, would just stay there and not further their careers properly. I saw a lot of jaded older comics who were just bar and lounge legends. 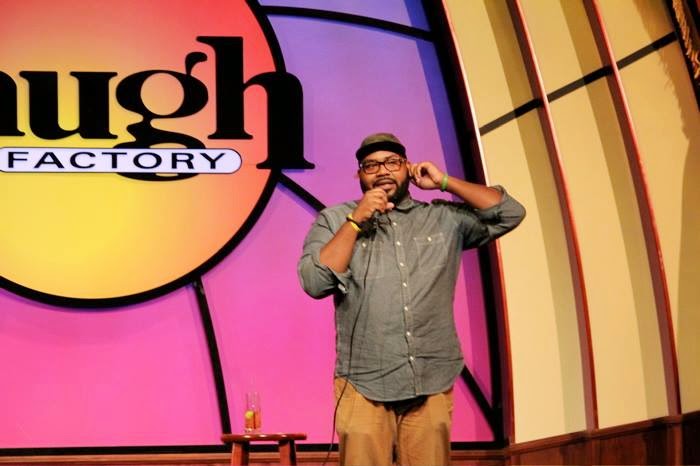 The north side told a different, yet similar, story. Honestly, there was not a lot of reason for comics to come to the south side for comedy. You have 4 major comedy clubs located in the Old Town, Lakeview, and River North areas of Chicago alone. So I would see a lot of comics staying on the north side of town simply because outside of Jokes and Notes, it wasn’t furthering their career.

During my almost five years in this comedy journey, I have amazing friends from both sides of the scene. They don’t know each other really, though. That’s not a good thing to me. When you learn to write a joke that works on both scenes, you know that joke is truly funny and relatable. To be honest, I know many comics who are scared of doing “black” rooms. I think to myself, that’s sad. If you do anything, you’ll become better at it the more you do practice it. 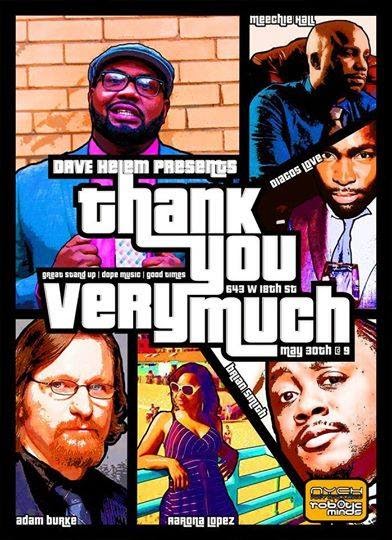 This is the main reason I had decided to start “Thank You Very Much”. It’s a mix of both scenes on every show. If you are booked on the show, just know that you will have to tell jokes that are relatable because the audience will be VERY mixed. Many times, you’ll call a few black people sprinkled into the crowd “diverse.” Diversity to me is having large amounts of different races and backgrounds in your audience.

We tend as comics to get caught up in the lifestyle of hoodies and flannel shirts in our daily lives. We don’t tend to get dressed up too often. The venue for “Thank You Very Much” is the NYCH art gallery in the Pilsen area of Chicago. Once you step in, you will the band setting up, the DJ and know this more than just jokes. It’s a production. It’s also a great way to increase the fan base due to the 100 plus people that are in attendance.

The show that I have built/produced is my solution to a couple things that I see on the comedy scene. This is an event to give comics the recognition you deserve for the long nights we put in. It’s a celebration of our funny. Please join us every last Friday of the month. Thank you very much in advance.

Contributing Writer Dave Helem
Dave is a comedian, writer, producer and teacher doing it all in Chicago.
Thank You Very Much
Stand Up Stand UP
Newer Post Older Post Home