This is an article about variety open mics so I feel as though I should start off by making sure that the reader knows the importance of open mics in general. If you've read other comedy articles and/or if you're in the Chicago scene, you probably know how critical open mics are to your development as a comedian. I'll tell you that if you're a comic and you only go to a few open mics a week, sporadically, for three years, you end up holding the title of 3 year comedian with the experience of a one year comedian. If that doesn't convince you to treat open mics as though it's a job, go ask any comic who actually gets paid. Because I'm also a musician, I spent a lot of time going to open mics to do music, not comedy. Playing music felt awesome, it wasn't helping me build any material but was fantastic for stage experience and confidence.

That said, here are some pros and cons of Variety Open Mics.

Pro: Most comedy variety open mics are in not in bars so if you're a comedian under 21, places like the Celtic Knot and Kafein in Evanston and the Heartland Cafe in Rogers Park (yeah, the place where Hannibal Buress started out) are the places for you.

Pro: Poets and musicians are easier to make laugh than other comedians.

Con: Poets and musicians tend to be easily offended. 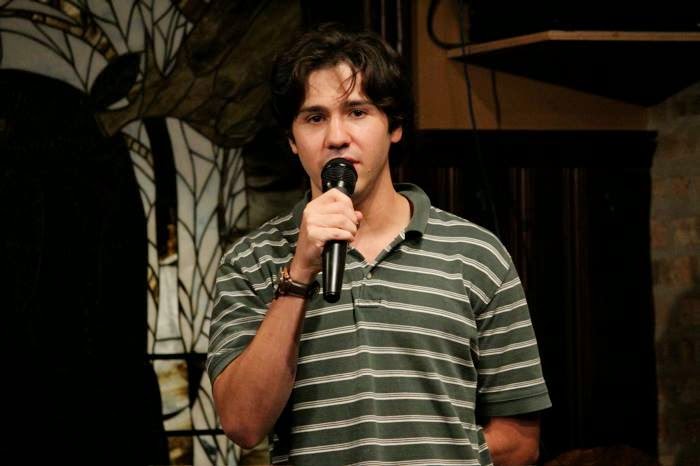 Pro: The more recognizable and successful comics (or heavyweights, as I call them) rarely ever go to the variety open mics. So the lesser known comics can go to variety open mics and feel like the B.C.O.C. (Big Comedian On Campus) Some nights, a comedian can go to a variety open mic and be the only comedian, heck, s/he could maybe even be the first comedian some of the audience members have ever seen. Go to a mic where you’re the only comedian if you don't believe me. On some stages, I've found myself feeling like a legend because there were no actual legends there to make me humble.

Con: If comedians crowded the variety open mics the way we crowd the comedy only open mics, it would become an all comedian open mic, the musicians and poets would be scarce and the hypothetical variety open mic would cease to have variety and faceless comedians like myself wouldn't have the above pro.

I could go on for hours but I have a bus to catch. What I'm saying is that variety open mics are good. On some nights they're amazing, other nights not so much. The Celtic Knot and Kafein usually give you 15 minutes. If you do well at the Heartland, THEY WILL NOTICE. And they'll keep you in mind to book you on a feature slot, which is a 30 minute set. Sure keep attending comedy only open mics on a regular basis... But every now and then if you know of a variety open mic... Do it.