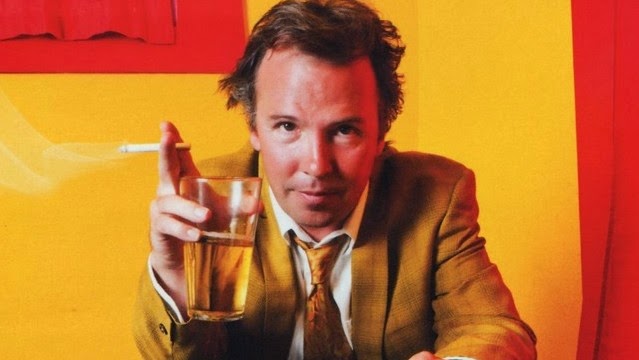 Doug Stanhope might be the most important stand up working today.  -Ricky Gervais

The Doug Stanhope interview was unlike any other I've done. It took place amongst his traveling entourage - and Doug travels like a rock star. It was an incredible opportunity to hang with Doug and talk about comedy, and when  he wasn’t talking comedy, Doug and his crew took every chance they could get to bust my balls and crack jokes at my expense. So now, you too can join in on the amusement. Enjoy. 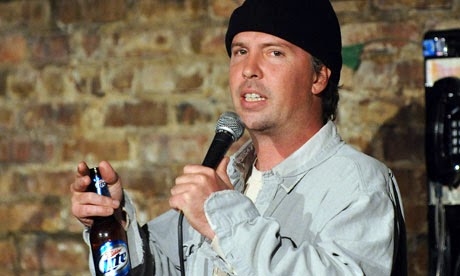 Comedy Of Chicago: First of all, who is everybody?

Opener: This is Rob Mungle from The Whiskey Brothers

Stanhope: He’s not my biggest fan. Jackin’ Dino is a guy that’s fucking bitter and hateful because he knows he’s actually funnier than me…but he has the social skills of a retard. And it makes him a fuckin bitter man. And anytime a hot chick tries to talk to me, he tries to fuck it up.

Stanhope: [to Jackin’ Dino] I said you’re funnier than me! And you’re fucking frowning!

Stanhope: [to me] Got a light?

Stanhope: [sighs and shakes his head] All right, so what is this…what are we talking about here?

COC: Well, what does it take to be funny at your level? You’re a comedian of 23 years. Talking to you about comedy is like a three year old talking to a twenty-three year old about life… 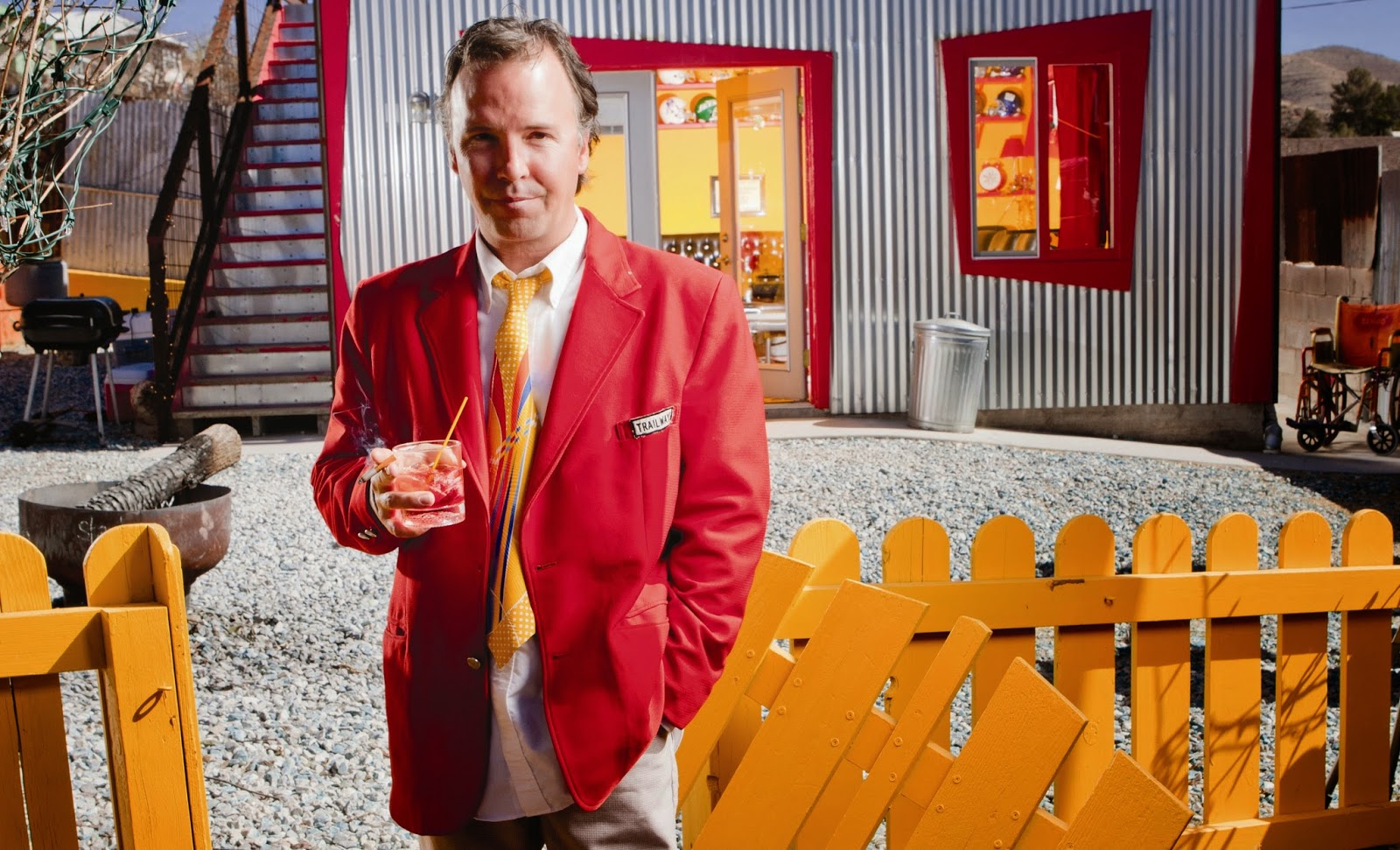 Stanhope: Well, you’re saying that in a very self-effacing way. Where…what you don’t understand
is…you being a three year old to my twenty-three year old is…I dunno how to be a fucking three year old anymore. So, how are YOU gonna be funny TODAY? I have no idea.

‘Cause it’s a whole different landscape. What was funny to me twenty-three years ago is not really funny anymore…’cause comedy builds on itself. So you have a whole new…uh, ya know…tablet of people to learn from that are funnier than the guys that were alive when I was your age.

So…you’re asking the wrong guy. Ask the guy that’s two years more funny than you, for advice. He can tell you. When fucking Kyle Cease was doing comedy classes with Louie Anderson…what’s Louie Anderson gonna tell you when you ask him, “How do I get out there?” He’d say, “Well, you send a VHS tape to Bud Freidman at the Improv…” You gonna take that advice? [laughs] It’s irrelevant now.

COC: You always come to town on a random weekday, in this case, a Tuesday—and it completely sells out. Why not spend the whole weekend here?

Stanhope: Because I have enough fans to sell out this place once. So rather than play this place for six or seven shows from Thursday through Sunday, where I have, ya know, [laughs] forty people that like me in every audience, you do ONE show where everyone knows what they’re into. And there’s not any bachelorette parties! [laughs] And then you drive to fucking Broussard, Louisiana and you fuck with them and burn a bridge. [everybody laughs]

COC: How do you gauge success in stand up comedy? Can you?

Stanhope: No! Do people tell you you’re funny? Like, do people around you in your everyday life go, “Fuck! You should do comedy!” [laughs] But again, there’s no rules. There’s alotta guys - fuckin Sean Rouse is never funny in real life! [everybody laughs] All right…he’s slightly funny. [more laughs] Sean Rouse will tell me a bit before he does it that night, and I’m like, “I don’t even get it…” Then ya see him [snaps his fingers] do it. Where he puts the nuance of Sean Rouse on it. And then I’m like, “Ohhh fuck! And I told him not to do it!” Sean is probably the best, like…I dunno how you… In boxing terminology, they say “Pound for Pound”. Pound for pound, Sean Rouse is probably my favorite comic of my generation. And he’s not necessarily funny just hanging around him. He’s more fucking sad [everyone laughs] and…and terminal—literally! [more laughs] He’s NOT the life of the party—he’s the death of the party! [big moment of laughter] Like, “I’d like to hang out with you and finger your friend, but my friend Sean Rouse just took ANOTHER header into the carpet! [continuous laughter] And he’s going up on stage tomorrow night with fucking WEEPING SCABS on his forehead! [more laughter] BUT—he’ll have a fucking GREAT five minutes ABOUT the weeping scabs—and you know it’s new ‘cause the scabs are currently weeping!

COC: How’d you get into comedy? 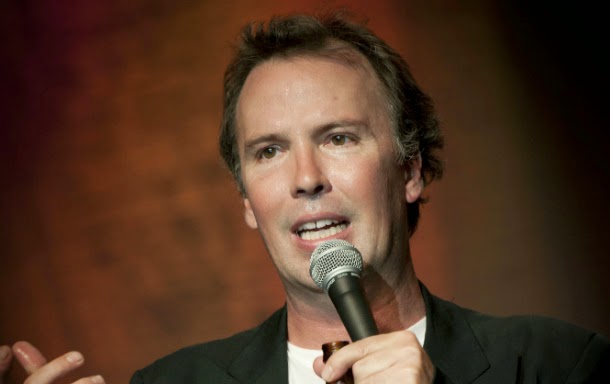 Stanhope: Ahh ya start doin it like karaoke, and then ya get a fuckin ten dollar gig and people clap for you, and then some fuckin stripper—from NOT the good strip club, she’s from fuckin…Larry’s Villa [everybody laughs] in North Vegas—and she fucked you ‘cause she thought you were funny, so ya keep doin it…and then ya get a fifty dollar gig, and then you get a house MC job, and then you’re like, “Holy shit! I can do this for a living!” And then it’s like, “What else am I gonna do?”

Junior Stopka: Hey! Will you ask, “How do you come up with material?” [everybody laughs] Or, “How long you been doing comedy?” [more laughter] Or, “Hey! Who’s your biggest influence??” [continuous laughter] Or how...

Stanhope: [Doug interrupts] All right, all right…stop busting his balls.

COC: Yeah…sure, who are your influences?

[the room gets silent, and then breaks out in laughter]

Stanhope: All right, go back to busting his balls… [everybody laughs] What do you mean influences?? Who are YOUR influences?

Bingo: [points to my press pass] Hey wait a minute, he has a laminate! He has a fucking laminate!

Stanhope: Oh Jesus! Good spot! He has his own press pass! [laughs] He’s like, “I’m from THIS!” He has his own backstage pass…to nothing! [everybody laughs] And he wears it! That’s fucking hilarious! [Continuous laughter] You are gonna look back at yourself, if you have any fucking balls—if you’re any good—you will look back at this day and go, “Oh my God! I can’t believe I wore my own back stage pass to my own podcast!” [more laughter] Podcast? What is this anyway? I’m talking into a fucking dicktophone—and I don’t even know what it’s for! What is this?? [even more laughter]

It’s an interview that’ll be published on—

Stanhope: Junior, don’t…wait—he has to answer the REAL question: WHY ARE YOU WEARING A BACKSTAGE PASS for whatever we’re talking about?? [laughs]

COC: Well, I’ve been coming out here every weekend to do these interviews for over a year. But they still ask me for my credentials.

Stanhope: Wait…that’s…actually genius! That means THE STAFF is dumber than you! [everybody laughs] You’re like, “If I wear a back stage pass, the door guy is gonna go, ‘Ohh, he has a laminated thing around his neck! He must be important!’” So you just turned from ridiculous to brilliant! Good work! [more laughter] Point being…the only artistry I truly enjoy wholeheartedly is…con artistry. [moment of laughter] And it really is an art form. [laughs] You’re like, “I’ll just put a fucking laminated thing around my neck and The Improv goes, ‘Oh! He’s good!’” [everybody laughs]

Greg: And time to wrap it up…

COC: Doug, what’s the best advice you can leave us with?

Stanhope: The best advice I ever got was from Joey Scazzola. He said, “Don’t ever give advice ‘cause you’re just telling people how to be more like YOU.” Which is absolutely true. I would have told Dane Cook to fucking give it up, you’ll never make it, you should sell shoes, you stink! [moment of laughter] Because it’s not my kind of comedy…

But the best advice is to not give advice—unless the person can hear what they wanna hear. I’ve told the WORST COMICS advice through the press, like, “Stick with it! Send out your tape! Be ambitious! Go up on stage anywhere you can go!” But…99% of aspiring comics SUCK SHIT! [moment of laughter] So you’re telling people who SUCK SHIT to keep fucking clogging up open mic nights! [more laughter]

If no one’s telling you that you’re funny, and no one’s laughing, and you fucking stink…then go be the funniest guy at Wal Mart. Because, that’s more important. If you really think you’re funny, and you’re not making a difference on stage—they don’t need it on stage—they need it at their day job. Go to your day job, where everyone’s fucking miserable and make ‘em laugh for free.

In a fucking, Mother Teresa way, [everybody laughs] go make people laugh for free! Be funny around Subway—while the line’s backed up ‘n everyone else is cranky. Just be nice in general and go, “Hey you’re doing a great job! You have a beautiful smile!” Do it on stage, and you’re a paid whore. Do it for free, and you’re a decent human being who’s gonna change the world quicker than we will as paid comics. Good night!

Contributing Writer David Gavri
Stanhope was interviewed while on tour in Houston Texas at the Improv comedy Club.
David Gavri is a stand up comic, writer and founder of the online comedy sites Gonzo Fame and www.ComedySceneInHouston.com