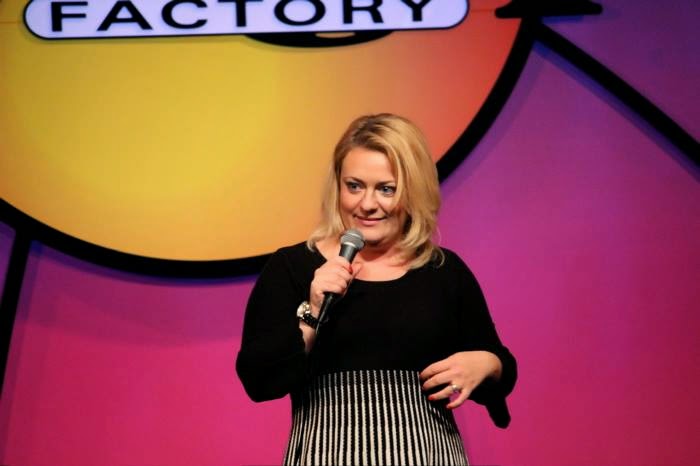 Not only is Kristen Toomey married with children, (which is a full time job on it's own) but she's also a consistent rising star of the Chicago comedy scene. Toomey has been an absolute stalwart, performing her sharp and sarcastic brand of comedy at showcases all over town. She also co-produces the popular Tuesday night showcase Hoo HA Comedy at Rockit Burger Bar. Toomey, a regular performer at the Chicago Laugh Factory, (and many other clubs) was cool enough to sit down for a quick interview after her set at the "Chicago's Best Stand Up" showcase and shared some of her thoughts on the art of comedy. Check it out.

Comedy Of Chicago: Kristen, how did you get your start in comedy?

Kristen Toomey: Well, first I went to an open mic here in Chicago back in ’08. My friends kinda pushed me to do it. And I did well the first time, but then I bombed a few times after. [laughs] And then I quit...

COC: Quit? For how long?

KT: I quit for like a year and a half. 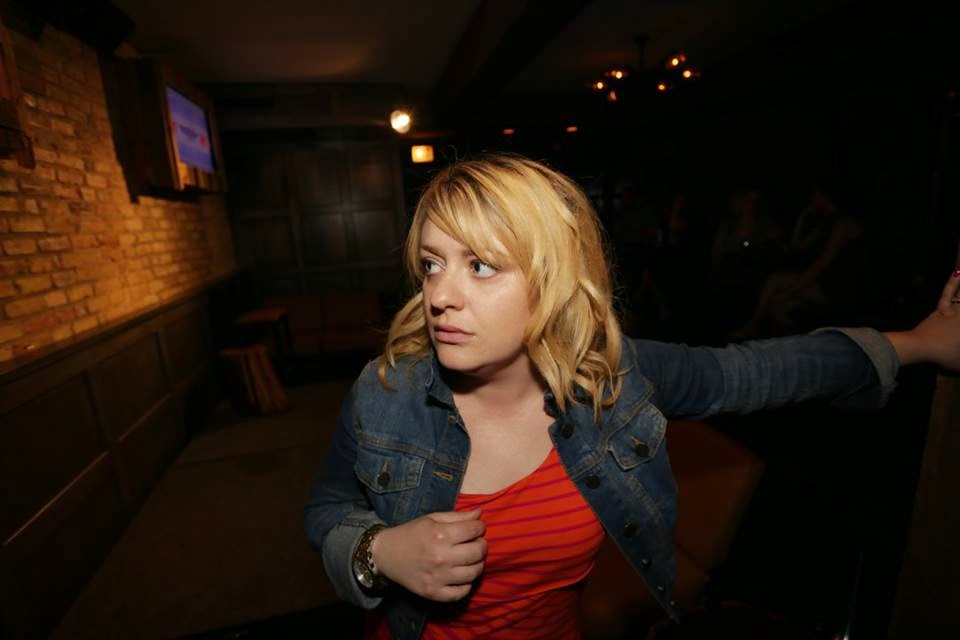 KT: I mean, it takes SO much confidence to get up there. And in the begining it’s PURE delusion
really, and you’re picking yourself up by your boot straps just to get up there. And if you fail over and over again—which, everybody does—it’s hard, ya know? So I was like, “Eh, maybe I just can’t do it.”

COC: What got you back into comedy?

KT: I used to bartend, and they had a local karaoke night that no one ever came to, and the owner found out that I used to do stand up—which is kinda funny ‘cause I didn’t really DO it, it was just a few open mics or whatever. But he would tell me to get up and do something on the microphone. And one night it was like eight people and I just was like, “Fuck it, I’ll just do it.” And ever since then I just started doing it all the time.

COC: How do you balance family life with comedic aspirations? 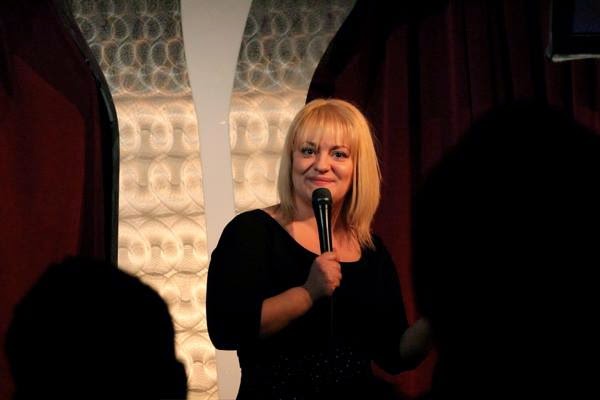 KT: It is hard to balance a family and do this—it is a sacrifice. I think for my husband, when I first
started doing it, he didn’t really understand it or what I was doing. Which caused some conflict in the beginning because it was me going out, like three or four nights a week. And he didn’t understand. He was like, “WHY are you doing this?!”

But then, as I got better, he started to see it. And then also, when they see that it makes me happy to do this, that I LOVE doing it, then they’re really supportive. They realize that it’s not gonna happen overnight. And it’s kind of like, it doesn’t matter if it EVER happens, because I’m enjoying what I’m doing, ya know?

COC: What do open micers need to do in order to get booked in a showcase?

KT: If I see someone be consistently funny. I think the point is to be CONSISTENT. And when you’re an open micer that’s hard, because you’re trying new stuff, you know what I mean?

But to get booked in a showcase, I think my best advice would be—if you’re in a place where there’s people that run showcases—I would do my best material in front of them. And then go to the open mic where nobody’s at, and do your new shit there.

At least until you get a name for yourself. If no one knows you, try to do stuff that you want people to know you by. That’s gonna be someone’s first impression of you so you wanna put your best foot forward in front of people that run shows.


KT: Well, the only way to get better at this is by DOING it. Also, the BEST people are the people you’re working with. So, try to help each other. That’s how the scene works, in my experience. That’s how I see it working. Form really good relationships with fellow comics. You wanna see them do well, you wanna see them succeed. They’re good people and you want them to do well.

And there’s no reason to get jealous or bitter, because there’s enough for everybody, there REALLY is. Don’t think small, think big. I really think you get further when everybody is cool. Like, everybody always jokes, “Don’t be a dick, and be funny.” And that’s really ALL you have to do in this scene. Just be cool, be nice to everybody, and be funny. That’s really all you can do.