Growing Up in the Chicago Comedy Scene 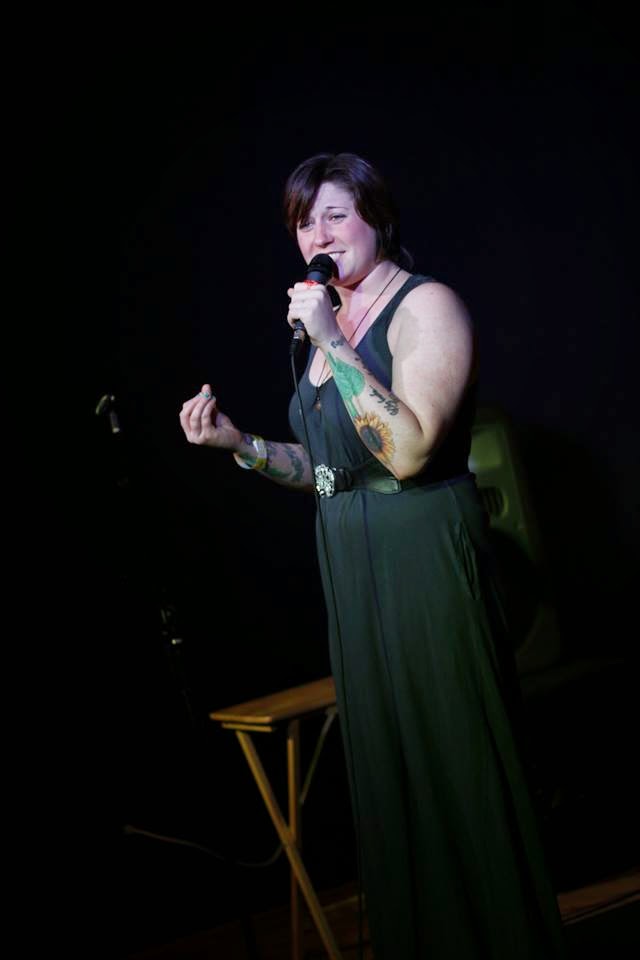 We all have to start somewhere: our first joke at our first open-mic, bombing after weeks of crushing it, killing it after weeks of self-doubt. Then maybe you go on tour, travel, do stand-up in a new city, in a new scene. Maybe your comedy really fits in with the city you would least expect it to. Your jokes get better over time (hopefully), yet certain mics might not work for you, while other mics might really dig your style. This comedy life we live: it's all a lesson in learning how to grow, letting yourself fail, laughing about it, and getting back up there to try it again. Learning to be patient.

We’re all trying to accomplish the same goal: be a successful (or at least paid a little) Comedian. So I suppose I should “get” why there’s some competitive and immature behavior - but I don’t get it. Are you really trying so hard to be famous that you don’t care about making friends, getting constructive criticism, and growing as a performer? It is really helpful for your career to put everyone else down and act like you're the best?! You can be funny as hell, but if you’re a dick, who’s really gonna wanna book you? I’m not saying you won’t get booked ever again, but your fan base may fall off the bandwagon if you treat everyone like you’re better than them and your jokes never evolve past the “classics”. Then where do you go from there if you're "successful" and "people know you" but nobody wants to book you anymore? To quote a shitty Disney channel movie my little sister was really obsessed with: “We’re all in this together!” Yeah. That’s from “High School Musical,” No, I didn’t watch it, but I did hear the same stupid songs over and over again.

The comedy scene can be a lot like High School, man. The freshmen look up to the seniors. The seniors have no idea who the fuck you are until you put in your time or do something that catches their eye. Everyone is trying to be cool while also pretending they’re not. Of course, everyone wants to be loud and get attention, and everyone wants to be liked, but some of the quietest ones are truly the most surprising. There’s cliques, drama, someone sleeping with someone, someone not getting along with someone. Maybe when you first got in the scene you felt like you had no friends. You were the outcast, the new kid. Maybe you went to an open-mic and cried. (I don’t know your life!) It can be tiring. Especially when you've been doing it for less than 2 years. 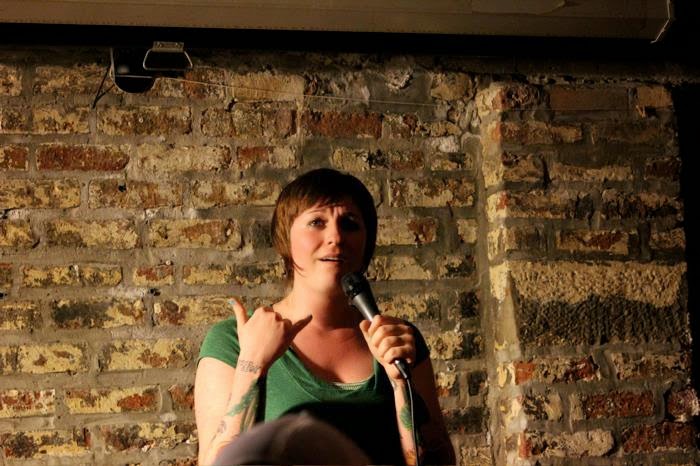 Sometimes the best thing to do is ditch a week of "class" and study with the seniors. Whenever I feel completely worn out with open-mics, “impressing” the comedy scene, writing when I don’t feel funny, you know, all those things you’re supposed to be doing every day and every night? That’s when I just go to showcases. It’s the best palette cleanser to the open-mic scene there is. It’s amazing to watch people who have been doing this for years longer than you have. They figured out how to construct a solid set, figured out their order, timing, transitions, pacing, facial expressions, character voices, the works! It's a very special treat to be a witness and a pupil of solid, put together, performances.

Supporting shows only because you’re in them is silly. It’s selfish and silly. Do whatever you want though. Live your life. But don’t expect respect and a following if you don’t care about anyone else but yourself. Stick around after your set at a mic, or at the end of your show. Talk to people, make friends. I can’t tell you how many nights went from awful to magical because I stuck around after a shit set and got feedback from comics I really respect. Then we all got drunk together! The more you stick around and support the scene, the more it becomes the best learning experience you could ever have. High School is fun again! Just like those shitty Disney musicals portray it to be. You have friends now! People actually know you and support you. Because you support them! It's no longer an intimidating scene. You feel like you belong in any and every setting where comedy is present! I know, I know, we can’t all be at every show, every time. That’s ridiculous! And unfortunate, really. There are SO many great Showcases and Open-Mics in this city! 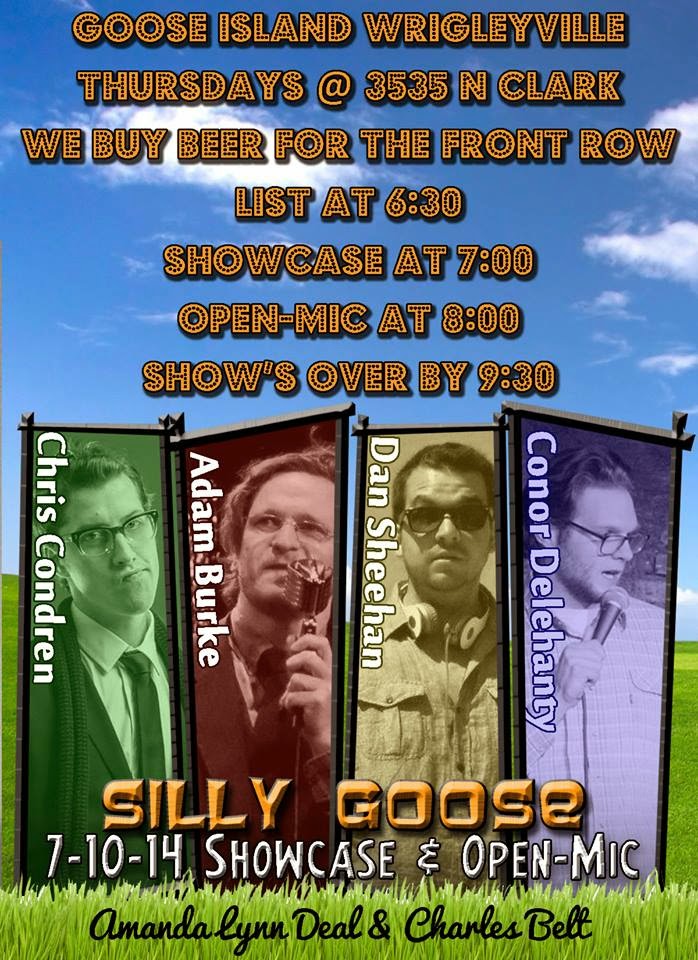 That’s the gift and the curse of the Chicago Comedy Scene. EVERY night of the week there are at least 3 if not 15 things to do. No matter what you choose, you’re always going to miss out on something else that's happening. See what you like! Rotate what you go to every week and get some variety. Check ‘em out, support ‘em. Meet people. Take a break from the stage every once and a while and see it from an audience perspective. Then after you visit a few Shows, get back out there and work on your set! After you get sick of your set, get back out there and support some more shows!

Maybe one day more people will understand why sitting in the front row is better than hiding in the back of the room. It sounds crazy, I know, but it’s actually just as good for you as a performer to sit up front during other people’s sets as it is good for the comic on stage to have you sitting up front for theirs. Hey, you’ll probably get a free beer for doing it too! In High School I used to sit in the back of the class and ride in the back of the bus. Trust me, I was pretty cool. (ßLies.) Until one day in college, I sat in the front, and ACTUALLY learned something. I was connected with the teacher, I cared about the lesson, and when I had to get up in front of the class for my presentation, I wasn’t scared shitless! It was crazy. Having that connection with the teacher made me unafraid to speak from where they stood. But, sitting in the back row, screwing around or staring off into space, then getting called up…. shit, man. That’s too much pressure! It brings back my stage fright every time.

All I’m saying is: let’s support each other. Instead of just going home after your set, or walking by someone and saying: “Hey, good set!” (Which is always nice to hear) How about saying: “Oh, I love this joke about…” or “Last time I heard you tell that joke you said this instead of that and it hit SO much harder that way.” Constructive criticism is the only way we can grow. No matter how famous you get in Chicago, NY, L.A., we’re all still learning. We all have to start somewhere. Not everyone who “makes it” is a jerk. A majority of them have been the sweetest and most inspiring comics I’ve ever met. Because those are the ones who go far. They're the ones you root for and respect. Take my advice, don’t be a scared hermit or conceited asshole. You’re never gonna grow that way. Help yourself and your own career by helping everyone else who is aiming to do the same. And hug. Yeah, let’s hug. :D