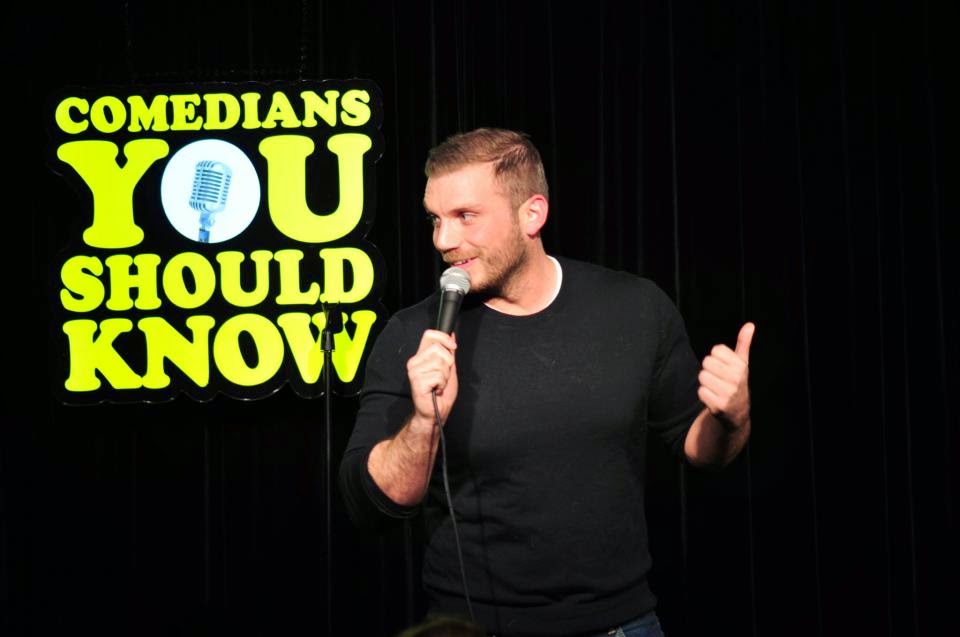 Jonah Jurkins is one of the hardest working comedians in the Chicago comedy scene. He features at showcases all over the city, is a regular at Laugh Factory, is a prolific producer of several popular comedy showcases and tours the Midwest performing stand-up. Currently Jonah runs a great showcase on Wednesday nights called the  The Blind Bet Show at The Pony Inn. Jonah recently hosted the "Chicago’s Best Stand Up" showcase at the legendary Laugh Factory. This interview took place as Jonah competed in a contest, not a comedy contest, but a contest of who could keep their hand inside a bucket of ice water for the longest amount of time. As Jonah stood still with his hand inside the ice water bucket, he was gracious enough to talk shop comedy and share his point of view...


[Interview begins as Jonah puts his hand inside the ice water bucket. Kristen Toomey is in charge of the timer.]

Comedy of Chicago: How did you get your start in stand up comedy?

Jonah Jurkens: [talking very fast] Yeah yeah yeah...ummm, how I got my start in stand up comedy...hmm well, it was WEIRD. Uhhh, wait...you want the whole story?

COC: Don’t concentrate on the pain... 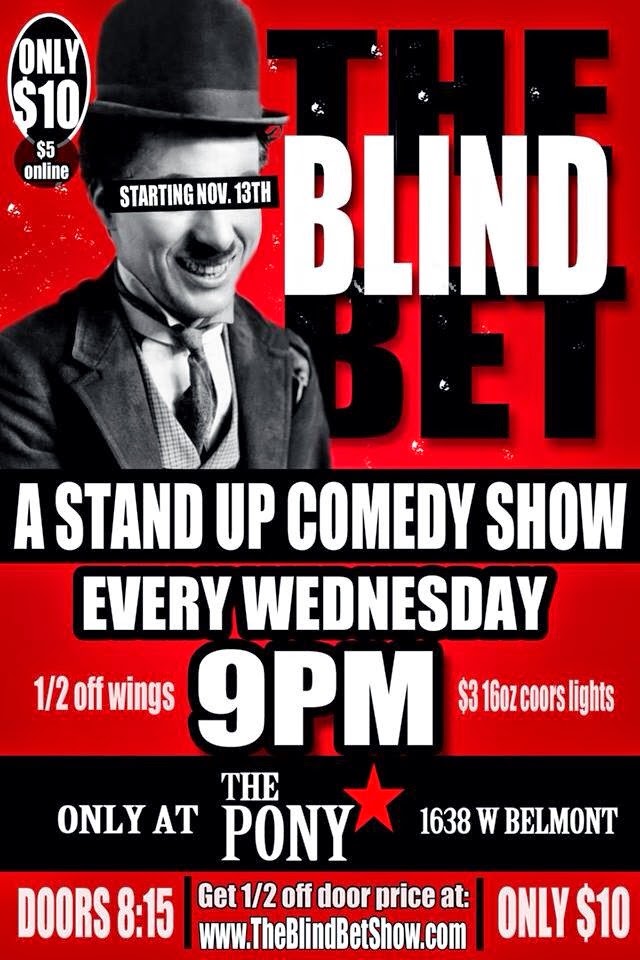 JJ: Okay okay...I lived in Milwaukee, Wisconsin and I had a friend who went to L.A. to do comedy,
but then he moved back. And I was working at Best Buy and I worked a random night, I wasn’t supposed to work that night, and my friend shows up and he’s like, “Yeah, I moved to L.A. and did stand up.” And I’m like, “You did STAND UP?! That’s crazy!”

JJ: And so he goes, “Yeah, you know I always thought you were funny, you should do it.” And I’m like, “That’s not a thing people do!” Ya know? I had no idea. And then, two days later I took some stupid stand up comedy class which was not good at all, but it was my first time. And I went up on stage ‘n did a show and I did well. And then I was obsessed. And then I quit.

JJ: I moved down to Chicago to do stand up. My first open mic was at Schubas, and I did SO bad! The only person that was laughing was Junior Stopka. Like, I told my friend who went with me, “Hey, if I don’t do well, please laugh...a lot. And clap!” And he was like, “Okay.” But then I do my set, and NOBODY laughs except Junior. And as I finish my set, my friend stands up and shouts, “I’ve LITERALLY seen this guy make people laugh before! I seriously have!” And then I quit stand up for two years.

COC: What got you back into stand up?

JJ: Dan Ronan. He’s the one who was like, “I’m doin’ stand up, you should do it with me.” Dan Ronan is the reason why I got back into stand up. And since then, I’ve been doing it about four years non-stop. Dan would do like, 30-40 mics per month. And I’m competitive so I would try to outdo Dan. We’d have a competition of how many mics we’d do a month.

JJ: By the way, is this weird that I’m doing this interview while my hand’s in there like that?

[Jonah’s hand has now been in a bucket of ice water for 5 minutes, 45 seconds]

[At 6:01, Jonah finally takes his hand out of the ice bucket and then reaches to shake a friend’s hand]

COC: [laughing] What do open micers need to do to get better? 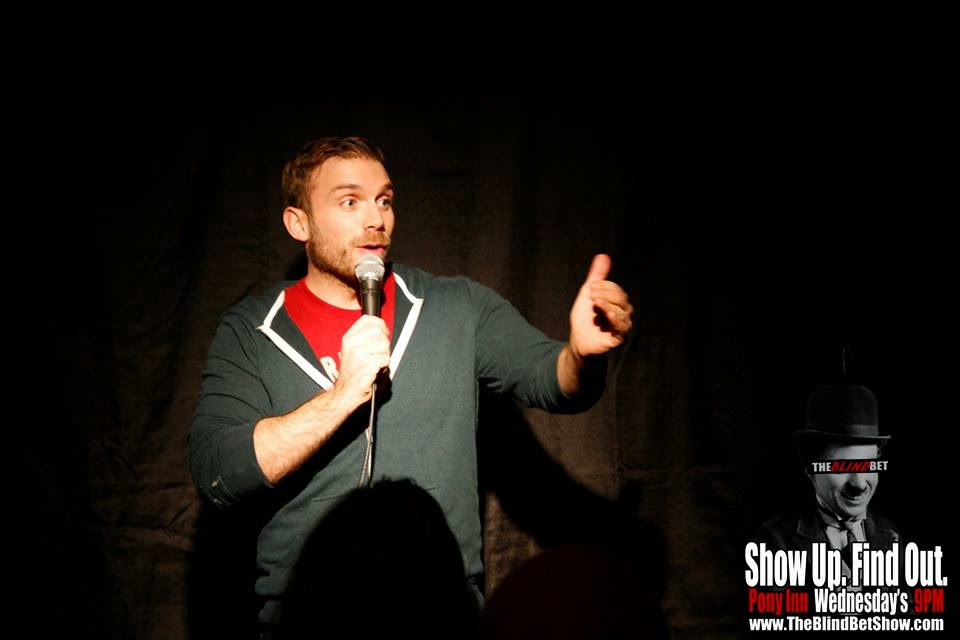 JJ: If you’re doing open mics, the most important thing is to do as many mics as you can—no
excuses! I mean, when I first got back into it, I would do as many as five to six in a night. And everyone has an excuse. Everyone’s always like, “Naa I don’t like that crowd...” or, “Ehh, I don’t have any new material...” But it doesn’t matter, you gotta go up. It’s all about developing thick skin and putting yourself in the worst situations possible to learn how to get out of it.

COC: But what if it’s not even a good show?

JJ: No matter what, do every show, every open mic you can possibly do, forever. I would do the shitty shows, and I’d be like, “I don’t wanna do this show, I don’t wanna do this show!” But it doesn’t matter because every show you’re learning something new. So no matter what, it’s about doing as many sets as you can possibly do. That’s the most important thing. And everybody, like a year into it is always like, “I deserve THIS!” and “I deserve THAT!” And uhh...nobody deserves anything. [laughs] And it sucks. I struggle with that shit all the time—I don’t think I get booked as much as I feel like I should, but it is what it is, ya know? How many mics do you do a month? Do you even pay attention to it?

JJ: You gotta write it down, man. I would have goals. I wouldn’t do less than 40 mics a month. Like, I HAD to do 40. Just non-fuckin-stop. Like, 5-6 sets a night. It’s ALL about hard work and having a good work ethic.

COC: What if you don’t have new material? Should you take time off the stage to write new stuff? 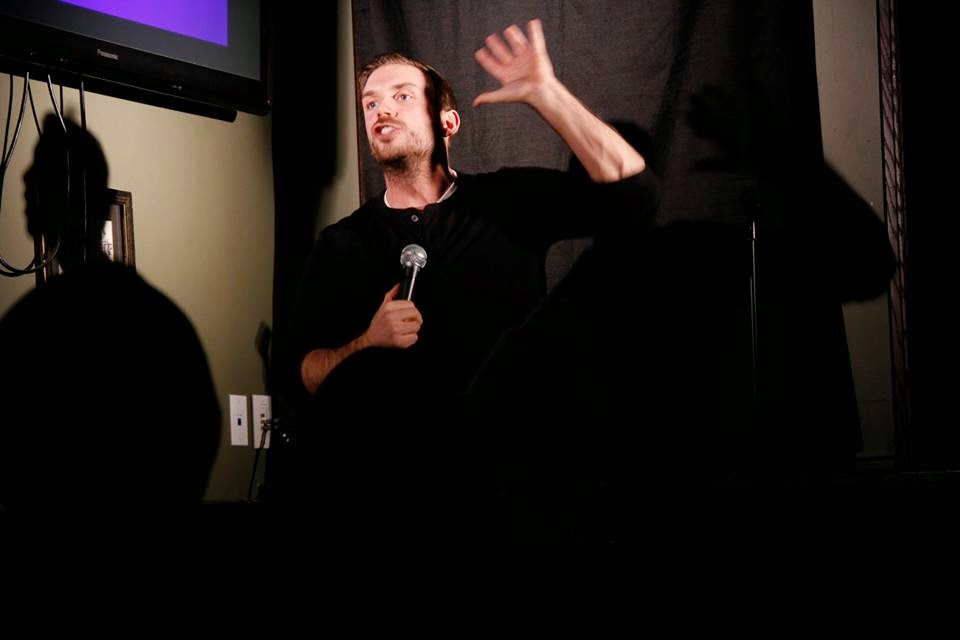 JJ: Like, even if you don’t have new material, you can STILL work on your same material and develop it better. I have this whole theory where it’s like an accordion: You start a joke and it’s long, but then you edit it so you shorten it like an accordion ‘n push all the air out of it. And then you start adding more tags, so it gets longer again. But then you cut out the shit that’s not good...and then you keep adding more tags. So it’s a constant accordion of a joke.

JJ: The biggest advice is just like, shut your mouth and go do sets. Stop complaining, write every day, stop being a bitch, and go do sets! The most important thing is to do as many sets as you can, that way when you finally do a set at a club, they’ll be like, “Where the FUCK have you been?!?” The number one thing is, fuckin’ work at it. This is Chicago. This is a blue collar town. They only care about work ethic. That’s the most important thing. Everyone’s always like, “Naa but my joke’s ready!” No it’s not, keep workin’ on it. Or like, “Naa I don’t need to do open mics anymore!” Yes you do. EVERYBODY needs to do open mics. HANNIBAL (Buress) comes (to Chicago) and does open mics!