Ode to an Open Mic 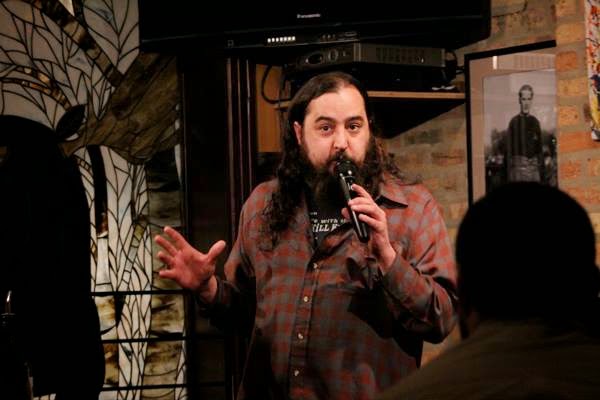 (Editors Note: Article is a bit "insider" - many of the names & references won't register to those outside the scene, but does give homage to an important mic that was a huge influence to many)

Stand-up was never a thought to me when The Lyon’s Den was happening, and I don’t have the same affection to The Edge as a lot of my contemporaries have. The one mic that tickles my nostalgia pickle is the one that lasted from 8 pm – 11:30 pm on Tuesdays (taking a holiday break every year), used a very fair, but flawed lottery system and had an edict of “all kibbles, no bits.” I’m talking about Seven Ten. Primarily hosted by it’s creator, Bill Cruz, Seven Ten was what made me live for Tuesday nights.

Back in 2010, just a month-and-a-half after the HAWKS won the Cup, I looked up mics on badslava.com, coming across an open mic at Seven Ten. Like all newbies I was extremely hesitant about performing, so I brought three of my friends for encouragement. I was naive that Chicago could have so many open micers. I was thinking my name was going to get drawn fairly quickly. It wasn’t. At the start of every Seven Ten open mic Bill would inform the crowd that the first 30 people were guaranteed three and half minute spots. Whatever time remaining would be given to as many comics Bill could get through. I believe I landed number 34. My friends didn’t stay to watch me perform two minutes for an audience of comics that wanted me off the stage so they could get on and do their two minutes. 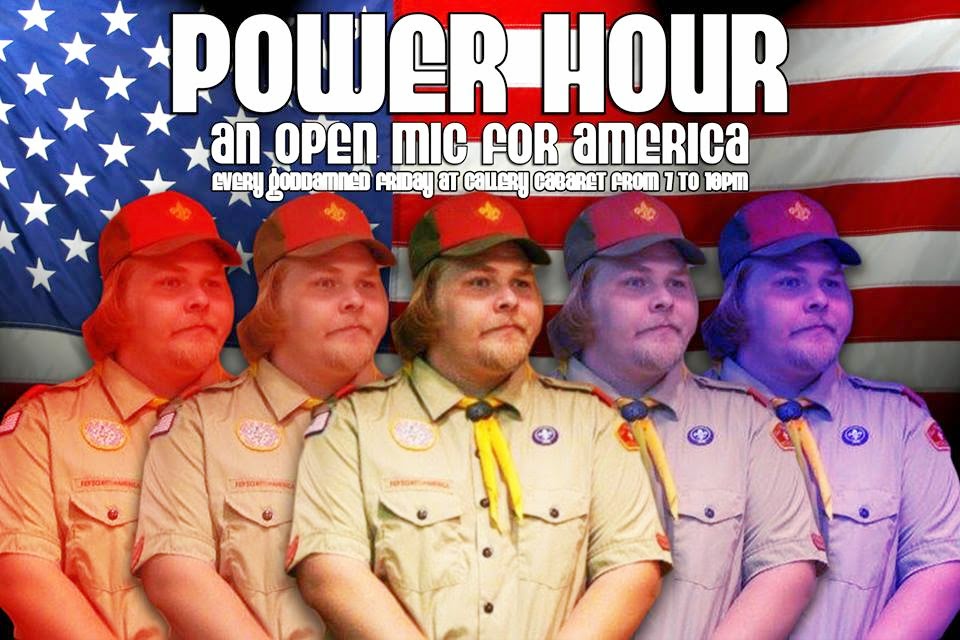 I remember early on what made me want to go to Seven Ten every week. It was Bill’s charm and support of every comic. It was the way he hosted the room. The fact that he’d be the only one laughing at a joke that just bombed. Bill had such pull, one time Eric Terman hosted and only fourteen comics came out. The only time it seemed Seven Ten had light nights were when Two Black Dudes was happening. Bill really brought that room together. The mic’s slogan “All Kibbles, No Bits.” I took this literally. Every Tuesday after work and before Seven Ten I’d listen to a little Al Green records attempting to unleash some humor from my dome before the mic. Some comics didn’t and Bill would go outside for a quick Winston, while the comic would once again talk about racist video game sounds. Bill created a great room to try new material. It was a safe room for new comics. After the holiday break in 2011 the PA wasn’t working, so Bill had the mic be sans mic. When it was my turn, I was introduced with “The bar is thankful the PA isn’t working for this next comic…” 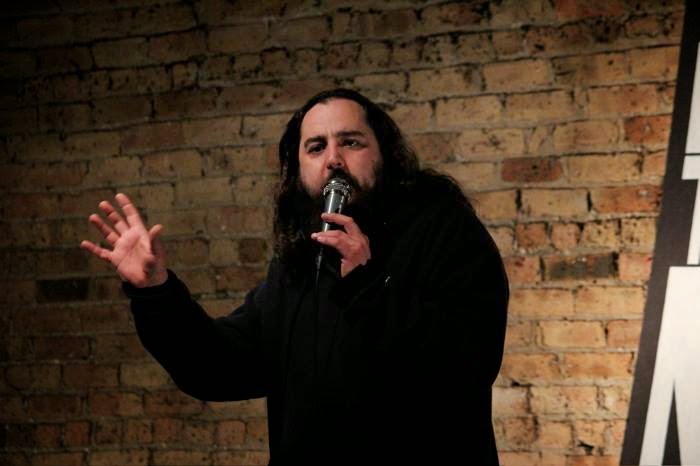 Seven Ten will always be the place I began to fit in the scene. I met my first friend in comedy there, a nasally Jewish sounding Indian by the name of Prateek. We would both meet up there, but if Prateek was running late and he would land a better number than me, all I had to do was just give Bill the heads-up. Bobby Budds would tell me stories about his trip to Israel as we listened to his Al Green records in the entrance to the gym next door. Seven Ten made me start up smoking again. That’s how I got talking to Sean White about Asia.

Seven Ten didn’t last that long. It ended because the bowling alley decided to remodel. The night of the last open mic forty plus comics were drawn. The bar was nice enough to let every comic go up. We all went to Delilah’s afterwards. Ryan Walker made it his mission to make sure Wednesday was greeted with a hangover. Seven Ten was a fun mic. Cruz said it was where Burrows, Terman, Budds and I sharpened our teeth.

Earlier I said Seven Ten had a fair, but flawed lottery system. After Bill placed the pitcher for the names to be dropped in he wouldn’t touch pitcher again until the names were pulled. My buddy Dave once told me that I should have my piece of paper folded just enough to create a spring out of the bend. This will reduce it’s chances being pushed down to the bottom of the pitcher. It will also make the piece of paper “wider.” This is was an ingenious trick my buddy Dave told me. What really set it off was discovering the best time to place your name in the bucket was just anywhere under the last five minutes before pulling. It seemed like Bill never gave much effort in selecting pieces of paper, and he never stuck his hand down deep. I’d say 80% of the time I had spots within the first half of the open mic.

Have a great holiday. HAWKS!