Nothing is Off Limits 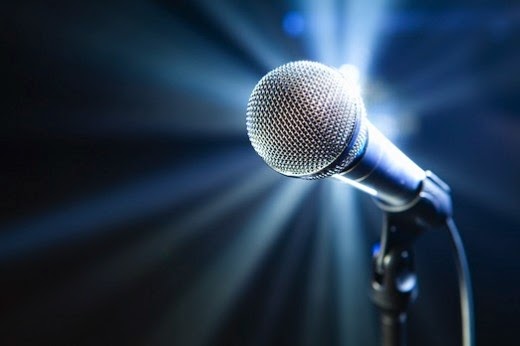 
Comedy can be an effective way to actually inform and expand minds on important issues, simply because it’s the only place where nothing is out of bounds. Just within the past century, there’s been a dramatic evolution in thinking on a wide range of important issues that nobody even questioned for thousands of years. A lot of those mind shifts can be traced back to comedy—stand-up, specifically. And while we’ve come a long way, we still have a long road ahead. Stand-up will not only play a role in us moving forward, without it, we can’t and we won’t. Government PSAs and your uncle’s facebook post, just aren’t going to cut it.

We need the Lenny Bruce, Bill Hicks, Richard Pryor and George Carlin of our generation. They’re out there, today, right now (and their names could easily be Lucy, Betty, Rachael and Georgette). In a society that’s increasingly attempting to create an offensive free world, they need the comedy shows. They need a space where nothing is taboo. And we need them to have that freedom to work it out on stage.

To those who think stand-up is dick jokes and hipster slams, you’re right (with your plaid shirt and thick rimmed glasses-you look like an “asshole”), but it’s also George Carlin’s “Class Clown” which arguably wouldn’t have existed if Lenny Bruce’s “The Carnegie Hall Concert” hadn’t come first.

Lenny Bruce blazed a lot of trails and is a good example of why we can’t pin it all on the audience. A few decades ago comedians were getting locked up in jail just for being the first to say things we accept as basic truths today. It didn’t stop them. If you believe in your joke, use it. You’re not going to get arrested. They might not laugh and at worse, you may get heckled.

After your set, someone might march up to you, angry, because in between your holocaust joke and your 9/11 joke you said that cats are assholes and he or she has a sick aunt that loves cats. But, if you believe in your joke, use it. If it’s funny. Because, at the end of the day, that’s the only thing that matters. If you have something to say, it has to be funny.

The point is: if you’re going to watch live comedy and are easily offended, well…stop it. Finding something someone else said offensive, only means you’re giving them power over you. Just be secure in your own beliefs and let other people have theirs. If you can’t help yourself, then maybe you should just stay home and watch network television. The FCC will protect your delicate sensibilities. We need our comedy shows and trying to say that some topics are off limits is not only dumb, it’s also dangerous to the human race and this civilization we’re trying to build.