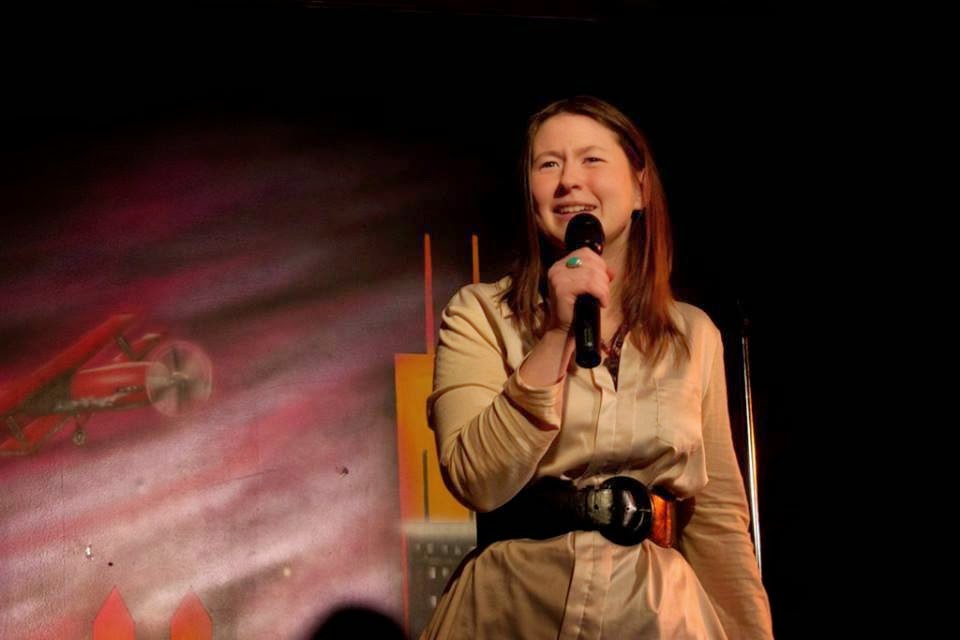 Recently I was watching Last Comic Standing and it got to the episodes where the comics had to do challenges outside of stand up. Some of them were great, some of them…not performances I would want to represent me on TV.

The only real lesson I remember from my finance minor is to diversify. Don’t put all your eggs in one basket, because… well, you could drop that basket and then you don’t have any damn eggs.

One comedian who is really great with this is Just Nesh (Taneshia Rice). She is always posting vines, parody videos, comedic songs, selling merchandise at her shows. That’s why it is so important to take advantage of different aspects of comedy - take some improv classes at Second City, iO, Annoyance, Comedy Sportz- they are all great for different reasons. Join a sketch comedy group, write something that isn’t stand up, go watch comedic plays.

Recently I misheard a lyric in the Iggy Azalia song “Fancy” I thought she said “won’t you taste these scones” even though that had nothing to do with the song, it sparked an idea. Who eats scones…The Queen! What would be a funny twist on the Queen eating scones? Getting lost in the ghetto and befriending characters that look like the guys already in my comedy group? Yup, and then teach them what a scone is. (My online sketch group, Foul But Funny, is always looking for new faces so if you're interested in writing, directing, filming, acting, etc email us at foulbutfunnycasting@gmail.com).

Since joining that group I have learned how to write sketches, format them on Final Draft and then edit the sketches using Final Cut Pro. I’ve learned (a little bit) of how to record on our Canon camera, how to scout for locations, build the schedule for what scenes we are going to film, organize who needs to be there that day and with what props and costumes.


In this parody video I had to basically learn how to rap and record the song in a studio. My voice sounded so much different in the mic while I was recording it versus when we played it back. It really threw me off at first but then I let go of what I thought it was supposed to be sounding like and trusted the muscle memory I had from practicing the song I had more fun with it and it came back with a totally different sound quality. Now I have a leg up on future voice over projects because I have a base knowledge of recording in that setting.

They have also taught me new phrases because they come from different backgrounds and cultures than I do which I now use to differentiate my character’s voices in sketches and I have peppered into stand up sets depending on the room.

Even if I never end up editing or being a director professionally, I will be more of an asset to any movie sets I work on in the future because I appreciate and understand what goes into those jobs. I have a base knowledge of what is a reasonable request and might get picked over someone else when starting out with smaller projects because they don’t have the budget to hire every job out. You can never learn too much, do something outside of your comfort zone and you never know when that knowledge or relationship might help you down the line.