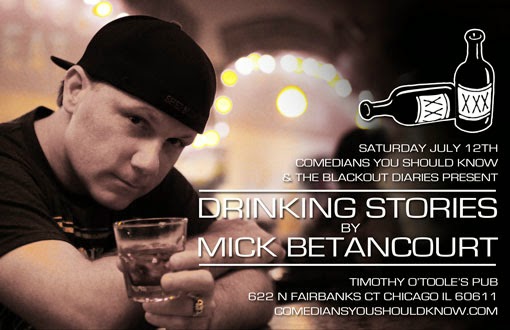 Damn. What a week. From comedy festivals to celebrity Black Out Diaries, the Chicago comedy scene is popping real hard this month. Not only is The Comedy Exposition (Chicago's own DIY festival which brings together some the best comics in the country) happening but you also have the usual suspect of great independent showcases many of which will be having SPECIAL guests, which is one of the great perks that come with having a festival in town - you never know who might show up at the local mics & showcases. We highlighted several of the festival shows with times, lineups and links to all. Also big this week is the CYSK & The Blackout Diaries Present: Mick Betancourt show, Mick (Comedy Central, HBO, NBC, Law & Order SVU, Breakout Kings, Chicago PD) will share some of his craziest drinking stories for a final night in his hometown of Chicago. Not to be missed. Check out what's popping this week. 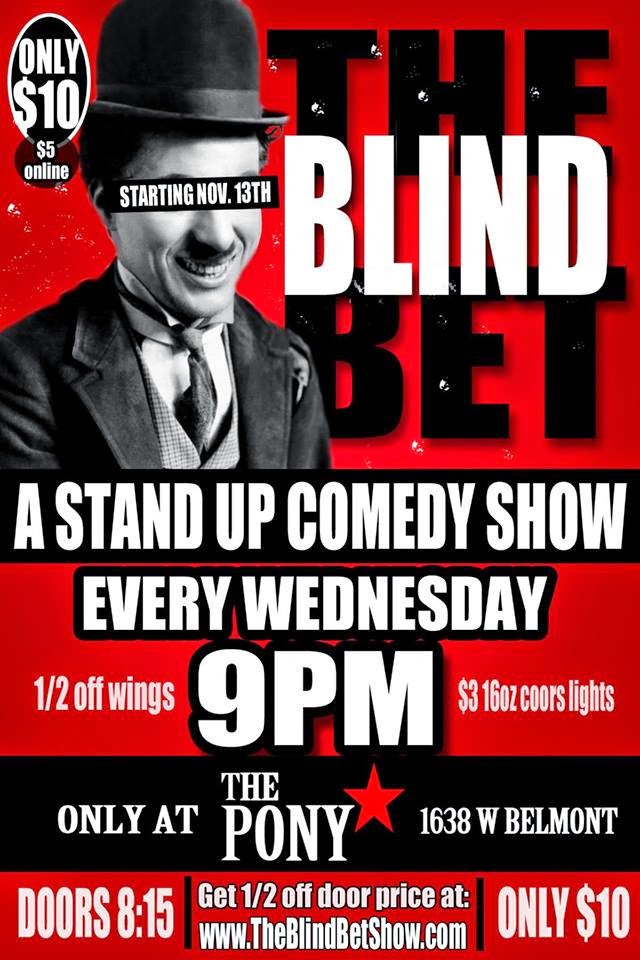 42x42 - Comedy Expo Kickoff Show!
at the Gallery Cabaret
The Two-Hour Comedy Hour and The Comedy Exposition of 2014 present this co-production of the fifth-ever 42x42. As a kickoff for the first-ever Comedy Expo, the Two Hour Comedy Hour is once again honoring its "tight 42 seconds" feature by booking 42 of Chicago's best comics (as well as a number of special guests from out-of-town!) to do 42-second sets-- plus four tip-top acts doing featured sets. This is the only show in Chicago where you'll see 50 comics take the stage over two hours.
Thursday 7PM!

The Starting 5ive Present the Leaders Of The New School Comedy Series
at Jokes and Notes
The Starting 5IVE return for another amazing show at the famed Jokes & Notes Comedy Club. This month we present to you the"Leader Of The New School" series, were we showcase a wide variety of some of the funniest comics in around the country.
Featuring
Ricky Gonzalez
Aarona Lopez
Michael Issac
Mike Lebovitz
Shawn Morgan
Thursday! 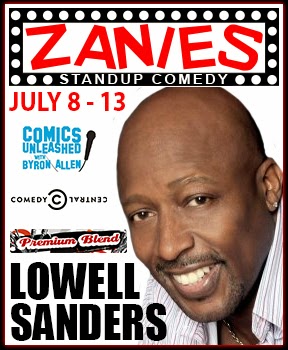 ARGUMENTS AND GRIEVANCES AT THE COMEDY EXPOSITION OF 2014
at Schubas Tavern
Featuring:
Aparna Nancherla vs Derek Sheen - (To be vs Not to be)
Aaron Brooks vs Kevin O'Brien - (Hunter S. Thompson vs Harry S Truman)
Megan Gailey vs John-Michael Bond - (Marriage vs Freedom)
Andy Juett vs Kevin Brody - (Hot Dogs vs Hamburgers)
Hosted by Kevin White
Recommended!
Friday 7PM! 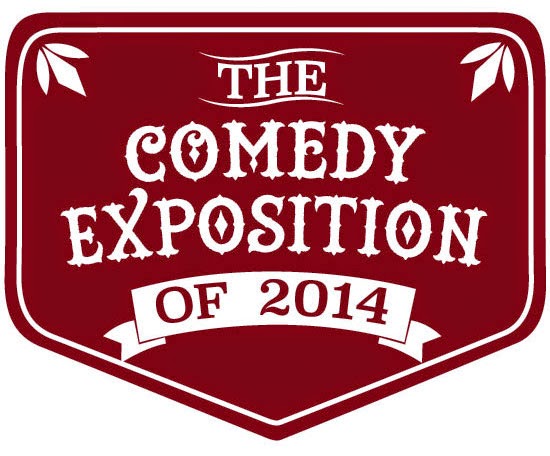 Comedians You Should Know and The Blackout Diaries present Mick Betancourt! Mick has appeared on Comedy Central, HBO, NBC and has written/produced shows at Law & Order SVU, Breakout Kings, Detroit 187 and more. He is presently a consulting producer for Chicago PD on NBC. Mick will share some of his craziest drinking stories for a final night in his hometown of Chicago. This show is a unique combination of stand-up comedy, drinking tales and audience participation that should not be missed. Sponsored by Jeppson's Malort, which will be providing samples &giving away T-shirts!
Hosted by Blackout Diaries creator Sean Flannery.
Saturday at 8:00pm 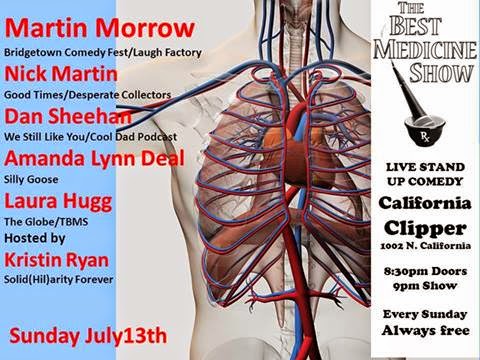 The Comedy Exposition - Day 3 - SUBS
What would happen if the entire faculty of a high school was out sick, and the only people they could find to substitute teach were stand-up comedians? This show aims to find out.
From Adam Burke and Ian Abramson
Tim Barnes
Megan Koester
Chad Briggs
Candy Lawrence
Sean Patton
Sunday at 5:00pm