Being an Ally In Comedy - Interview with Krista Atkinson

“Ally” is a word that may not always relate to comedy, but it is a person who is always appreciated in the audience. Whether you support your friends who are comedians or you’re a comedian supporting a show you’re not in - you could be considered an ally. Within the queer comedy community of shows (Chicago has a few now,) “ally” takes up a different meaning. When you attend or perform in a queer comedy show and are not queer identified, you might be called an ally.

One of my favorite comedians is a straight ally helping us launch a tour. The tour is a full spectrum comedy show meaning it has gay, lesbian, bisexual, transgendered and straight comedians and the show is Queer Comedy at Zanies. Her name is Krista Atkinson and she is one of the biggest straight allies I’ve ever known in Chicago. Not only does she sit in the audiences of queer comedy shows, she performs in all of them and, something few people can say in general, she co-produces a queer-inclusive comedy show.

Atkinson grew up in Southern Illinois where the cows and corn are plentiful. As soon as she possibly could she got out of all that fresh air to pursue the life of a Chicago city gal. Don’t let her classy outfits and heels fool you– she has a potty-mouth! Divorce, d**k pics, dating and dashed dreams: it’s all fair game for this brassy, brazen, bawdy blonde who has lived a full life and has a lot to say about it. Since her move to Chicago, Krista has trained in Improv at Second City and The Annoyance, stand-up with Feminine Comique, and burlesque at Vaudezilla. Krista is a co-producer of Just Dickin’ Around, a women-run, queer-friendly comedy collective that creates supportive, empowering open mics and showcases for female comedians. She has performed at Zanies Comedy Club, Laugh Factory, Chicago Women’s Funny Festival, The Lincoln Lodge, Stage 773, The Playground Theatre, Hydrate, Parlour, Halsted’s, The Book Cellar with The Kates, The Underground Lounge, and the Upstairs Gallery to name a few. Check out www.justdickinaround.com! 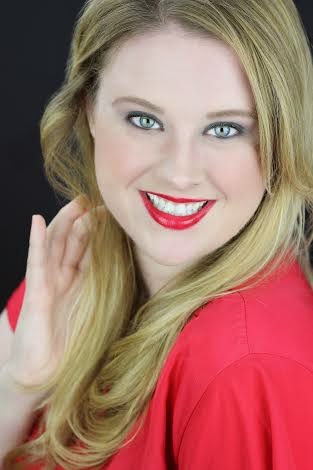 I was able to ask her some questions on behalf of Chicago Comedy Scene on being an ally both on stage and in the audience:

AG: How did you get started in comedy?

KA: Oh, goodness! I guess I have always been a comic in a sense, whether I was a kid putting on skits for my family and friends, being the class clown, or getting cast in comedic roles in school plays. However, I think the best answer to this question is, "I started in comedy when I got my divorce." My whole life, I was "funny" and people always told me I should do comedy, but I was always too scared. When my marriage ended, I thought, "What is there to be scared of? I have been through some pretty tough stuff." I was finally able to do something for myself again and pursue my goals and dreams. I wasn't able to do that for a long time, and it just felt right. I signed up for an improv class where I met Marla Depew, one of the co-producers for Just Dickin' Around. She introduced me to the standup class, Feminine Comique, which was created by Cameron Esposito, and it went quickly from there. I couldn't get enough.

AG: From performing, supporting and even co-producing, you seem to have a disposition for queer inclusive comedy shows--did this organically happen or have you always wanted to be a part of the queer comedy community?

KA: I would say it happened organically. I was drawn to the queer community from a very young age. I grew up in a small town that could sometimes be closed-minded, but I was raised by parents who were uber-progressive and communicated unconditional love to me. We knew gay people, and they talked with me very openly about the fact that people should be able to love whomever they love. When I majored in theatre in college, I was suddenly surrounded by a very loving and diverse community that included a large queer population. Honestly, I feel like I have never been more widely accepted for who I am than by the queer community. I think that's because they know what it feels like to be ostracized and are careful to not do the same. It felt like a natural progression to be a part of the queer comedy community once I started performing standup. Just like in theatre, the first people in comedy to accept me with open arms, support me, and help me were the queer comedians.

AG: Conversely, why do you think your material resonates so well with queer audiences?

KA: I don't think the reason is much different from why anyone who likes my material likes it. It's because I am honest. If you don't like honesty, you probably don't like me. For me, there is no b.s. I tell my embarrassing and truthful stories. I think comedy is about being relatable. If someone is on stage saying things that have happened to them that have also happened to you and they're putting a funny spin on it, you can recognize yourself in that person and get a good laugh in the process. The queer audiences really seem to enjoy the all-out, no-holds-barred truth, and that is what I put out there. My material also tends to be sexual in nature, and the queer community tends to be progressive and open-minded when it comes to thinking outside of the box sexually. They are just a supportive and loving crowd.

AG Who are some of your comedy heroes?

KA: My first influence as a young girl was Carol Burnett. I loved her kooky and wacky ability to take on characters, and I loved that she wasn't afraid to look silly. I adore Amy Schumer, whose self-deprecating sexual humor is right up my alley. Some people even tell me that I remind them of her, which is a huge compliment! Additionally, I love Louis CK, Amy Poehler, Chris D'Elia, Steve Carrell, Laura Kightlinger, Zach Galifianakis, and Ellen DeGeneres. Locally, I would say that Kelsie Huff—who was my teacher in the Feminine Comique class—has been a very positive role model. Additionally, Marla Depew has been my comedy mentor. She has encouraged me to constantly push myself and try new things. She took me under her wing and has been a huge support.

AG: Who are some of your queer heroes?

KA: Amy Eisenberg, Marla Depew, and Tamale Sepp, my fellow co-producers of JDA. They teach me what it is to be loving, open-minded, and supportive every day. The amount of support and encouragement I have had from them boggles the mind. I don't know what I did to deserve them, but I will take them!

AG: As a comedian and producer, you probably have a holistic idea of what all goes into a show. What is your perfect recipe for a great comedy show?

KA: As our co-producer Tamale says, "Teamwork makes the dream work." It's so true! Here's what works for us: we are all incredibly supportive and respectful of each other, divide up the labor, work equally hard at our tasks, promote shows and network, and communicate constantly. We each bring a different and unique talent to JDA, and we zero in on those talents. I think the love and respect we have for one another echoes in our shows, and the positivity we instill fills the room with an energy that is invigorating and inspiring. It's all in keeping with the vision JDA creator Amy has: to create supportive, empowering open mics and showcases for female comedians. And it's not just women we welcome—we offer performance opportunities to all comedians. As long as they're supportive and respectful, we're on board!

AG: This one’s for the kids--any advice for new comedians who may not be queer identified but want to be a part of the queer comedy community?

KA: Support shows! Support queer shows! Go out and see other performers. Talk to them afterward and let them see your passion for comedy. Open mics are great for working out your material, but I am a big believer in going to shows and meeting people. It is inspiring. I go home and do so much writing and reflecting after a show. Here's the thing: the Chicago comedy scene is ridiculously supportive, and they take care of each other. The queer population is the same. So the queer Chicago comedy scene will take care of you if you show them the love. Don't be afraid to talk to people, ask for their advice, and share your story. Once you've met them, invite them to your shows, send them video links to your material, and give them a chance to see you and what you do. Be patient, work hard, and keep at it. If you are persistent, constantly working on your material, and going out and talking to people in the community, you can't go wrong.

AG: From a producer perspective, what do you look for in a performer to be a part of a show you strive to make queer-inclusive?

KA: Performers who get that you don't have to be hurtful to be funny. If you are clearly ignorant, disrespectful, and dismissive of groups of people, that is not something we condone. Here's the thing: I've heard jokes about abortion, politics, religion, women's rights, abuse, and rape that were intelligently written and went over fine with the audience. I've heard jokes about those things that are ignorant and went for a cheap laugh, and that is not what we are looking for. As far as making it queer-inclusive, we book performers who are supporters and members of the community. I only discriminate against those who discriminate. So be funny and be kind—we may just have you at our show!


Catch Krista at the launch of The Rainbow Connection Comedy Tour, Tuesday August 26th, 9:30pm at Zanies Comedy Club 1548 N Wells. Tickets are $15 with a two drink minimum, audience members must be 21 or over.

Contributing Writer Adam Guerino
Adam is a comedian and writer living in Chicago who works nationally as a performer and producer. He is the author of the ongoing relationship blog Boyfriend Land, the storytelling blog Before The Story. His production effort Outloud Chicago installs queer entertainment in mainstream venues including Queer Comedy at Zanies.
Newer Post Older Post Home