As always, there's a lot happening in the Chicago comedy scene this week. The biggest news worthy item is the fact that the new Fox comedy show "Laughs" is producing a Live TV Taping at the Chicago Laugh Factory tonight. The inside word is that over 30 comics are going up between two shows. Executive produced by Steve Hofstetter, Laughs aims to be "a ground-breaking new stand-up show". The basic idea is to film hundreds of comedians each week to highlight the national stand-up scene along with info on how to catch all these different comics live - which is a cool new angle for live stand-up comedy TV. However something on this scale is never without  a bit of controversy and the fact that comics are apparently not getting paid to perform on a national TV show has ruffled some feathers - even prompting SAG to actually blacklist the whole thing. But the plain truth of this business is that working Comedians are used to shitty and/or no pay, yet for the right exposure plenty of comics will gladly forgo a paycheck. The question of course is this the right exposure? Well the shows are almost sold out to the rafters, (because the Chicago scene always comes together for shit like this) which ain't a shabby start, hopefully that energy sticks with it. Here's wishing that all the comics break a leg - in the meantime check out what's popping this week.

The Female Funnies (Zanies)
Zanies - 1548 North Wells St.
Lineup of some of the best female comedians in the scene - At the legendary Zanies.
Every 3rd Mondays
312-337-4027
Tonight! 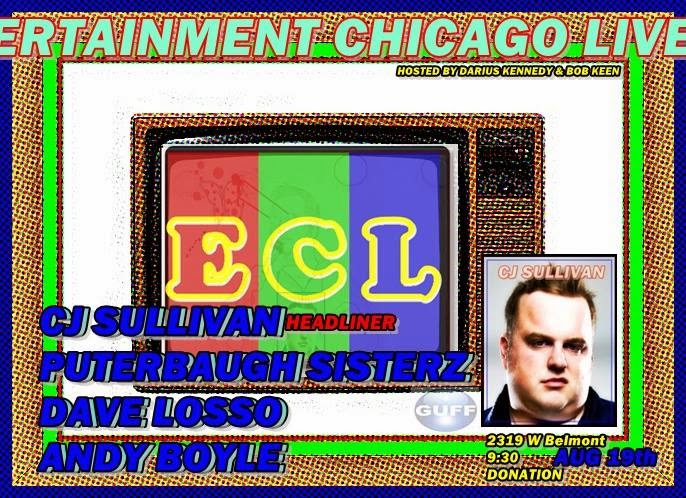 Stand Up Stand Up
Every Thursday @ 9pm
The Crocodile
1540 N Milwaukee Ave
Free!