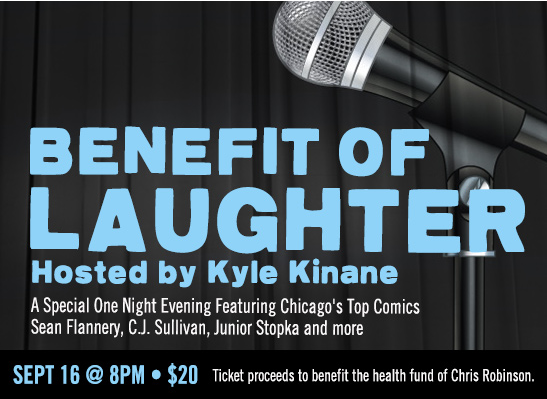 
HEY YOU! Yes you specifically. I don't care what your doing next Tuesday (09/16/14 - 8:00 PM, doors open @ 07PM), whatever it is, cancel that shit. You NEED to be at The Up Comedy Club for an amazing ONE night only show called Benefit Of Laughter. It's hosted by Kyle Kinane and has arguably the best, sickest, most ridiculous, powerhouse lineup I've seen in a long time on one stage, Not only is the show for a super noble and extremely good cause (all proceeds go to help pay the medical bill of Chris Robinson who has aggressive brain cancer), but it puts four amazing Chicago comedians on the same stage (+ super secret guests we cant mention), all headliners in their own right. This is a ONE NIGHT ONLY event people. You will probably never see these four guys on stage at the same time again. Ever. 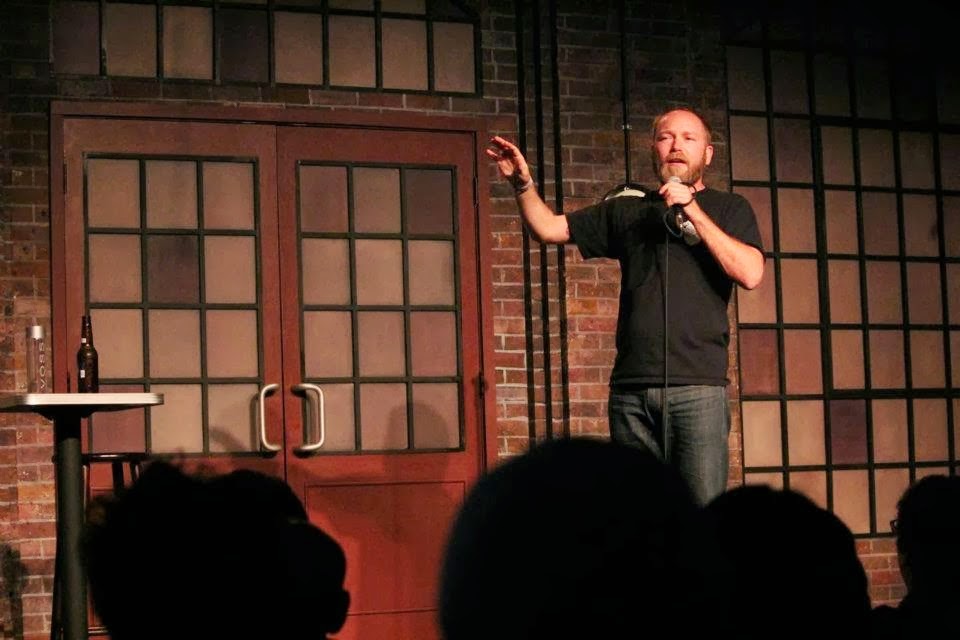 All ticket proceeds to go to benefit:
The health funds of Chris Robinson.

Donations can also be made at:
www.helpchrisfight.com.

Here's a little bit on each comic in case your still on the fence (what!? why??).

KYLE KINANE - Kinane has appeared on Conan O'Brien, Comedy Central, opened for Patton Oswalt and Daniel Tosh, released his first DVD special in 2012, been Comedy Central's Drunk History retelling the story of the Haymarket Riot and won the Internet on @midnight twice.

SEAN FLANNERY - Sean Flannery was voted the Best Comic in Chicago by the Chicago Reader. He has previously opened for both Marc Maron and Pete Holmes. He's the regular host of The Blackout Diaries: a show that invites both comedians and "regular people" to share their drunk stories with an audience. Follow Sean on Twitter at @sean_m_flannery.

JUNIOR STOPKA - Junior Stopka has appeared on Comedy Central's Comedy Underground, has opened for Dave Attell and tours across the country, headline all over Chicago and produces his own showcase every Tuesday. Follow Junior on Twitter at @JuniorStopka.


C.J. SULLIVAN - Sullivan has done it all. Named in Chicago Magazine's as a "comedian to watch", Sullivan is a producer writer and top comedian in the Chicago scene. He's been the host and writer of Visitor’s Locker Room”, a recurring guest on Sirius Radio's - Blue Collar Radio, done commercials for Old Style Beer, Mickeys, and Jose Cuervo, and most recently appeared on “Mash Up” for Comedy Central. Follow C.J. on Twitter at @CJSullivan