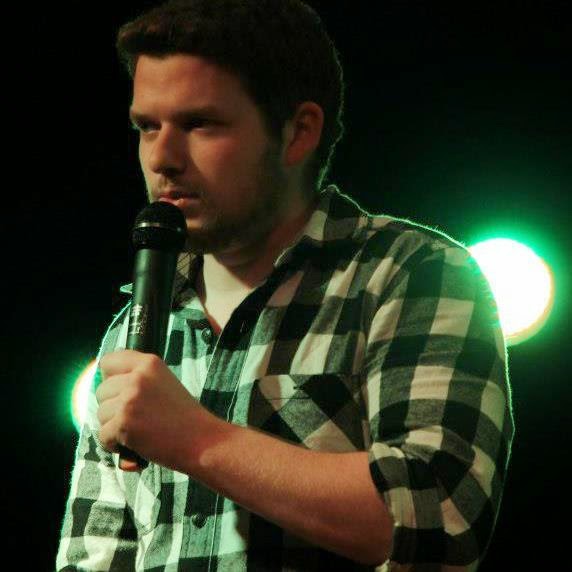 Depression is a real thing that needs to be talked about. There are a lot of people out there that are
hurting and don’t let anyone in because they are embarrassed, afraid, or worried that some guy (you know the one) will say, “Dude you’re not depressed, you just want attention.” The fact is, only good things can come from talking about it. Even if “that guy” says something an asshole would say, it’s a good thing because you got to find out he’s not a friend at all. So here I am, on the raggedy edge (went there), sharing my story in the hope that it will help someone.

My entire life I’ve tried to be funny. Since elementary school my goal was to make people laugh. This was to mask my depression, which at the time was incredibly confusing to me because I couldn’t identify a source. I didn’t know why I was unhappy, just that I was. For me, people’s laughter was the sound of validation. They were acknowledging me as a human being who had an impact on their lives, if only for a second.

Middle school was a terrifying experience for me because it was where kids discovered sarcasm and cynicism, and like new toys for Christmas, they would wield them with delight. This still happens. It became the norm for me to make jokes while playing hacky sack in the back of the classroom and have the “cool kids” sarcastically respond with, “Great joke, Hunter. You’re the coolest.” Other kids piling on with, “You’re hilarious” would follow this. Their remarks weren’t particularly clever, but they were enough. They used their new toys to take away my favorite one. Around this time I realized that I could still elicit their laughter and praise if I made fun of other kids, which I did. In high school, there was this kid who was fat, and I made fun of him, because he was fat, and it was funny, because he was fat. Except it wasn’t funny. It was mean and I was relentless. In my mind, his pain meant the relief of mine. A few years later he died of leukemia and I was left with the realization that I would never be able to make up for what I did to him. That is a hell of a thing for a 17 year old to deal with. I didn’t realize that he was a human being with his own thoughts, fears, hopes and dreams that were taken away from him. This is insane to me because I think this realization should be as natural as breathing. 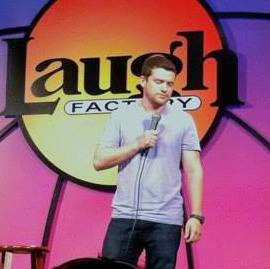 I quit trying to be funny until college when my friend Corban let me help him make a sketch. While
doing this, I felt a kind of buzz that only comes from making people laugh. I then dove headfirst back into the world of comedy, while still having my own personal issues. My parents were splitting up, my mother became a homeless alcoholic, my father became a drug addict and the house I grew up in was repossessed. To me that house was the safest place in the world and it was taken away. Stand up was how I dealt with this. Making other people laugh kept me from making a lot of stupid decisions, but sometimes it wasn’t enough. Sometimes I couldn’t get out of bed, and there would be a constant pain in my chest from an unknown source. My idleness caused my then girlfriend to leave, which was the breaking point. I slept all day and most of the night. I quit attending classes. I didn’t even drop them. It was the beginning of my first senior year and I just stopped going. I had professors email me to ask if I was dropping their class, expressing concern. I made a noose and left it in my closet, just in case. At one point I left my phone and wallet and keys at my apartment and started walking, intending to never come back and not knowing what would happen next. After a few miles I realized that this was fucking stupid and hitchhiked my way back.

My friends got me through this. They didn’t know how bad it actually was, but they knew enough to be there for me. A year later, I got my act together. I met the most perfect girl in the world, who is now my favorite audience, and I finally graduated from school after 7 years. I recently moved to Chicago to keep pursuing this comedy thing, and I truly don’t know what will happen next. I know I’ll be okay, though. I know now that I can talk to my friends and family if I’m in trouble. Even if I’m not in the best mood, I’ll watch something Robin Williams made. Or Patton Oswalt. Or Pete Holmes. Or anyone who loves to make people laugh.

I wrote a version of this article and shared it last week. After reading it, a woman who knew the kid with leukemia told me that he liked me and considered me a friend. She said he liked that I could make him laugh, even at himself. I found this out as a DIRECT result of sharing this information. So talk about it. If you can’t do that, know that you’re not alone.