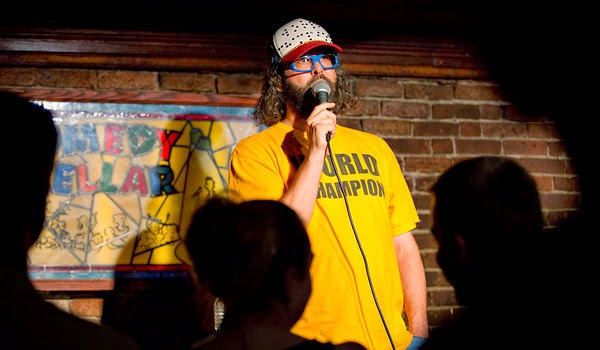 If you did not get to see Judah Friedlander while he was in town this past weekend, I gotta say, you missed one hell of a show. And to be completely honest, I had low expectations going in. Before the show, I did not know much about Judah other than his role in 30 Rock and that goofy scene from Meet the Parents a long time ago.

Walking past his picture on the way into the Up Comedy Club, I was unsure as to how this would turn out. I mean, the guy wears a bright yellow t-shirt that says ‘World Champion’ on it, what am I supposed to think?! The hater in me wanted to automatically assume that he’s another actor-turned-comedian using his 30 Rock success and his gimmicky character to sell tickets. 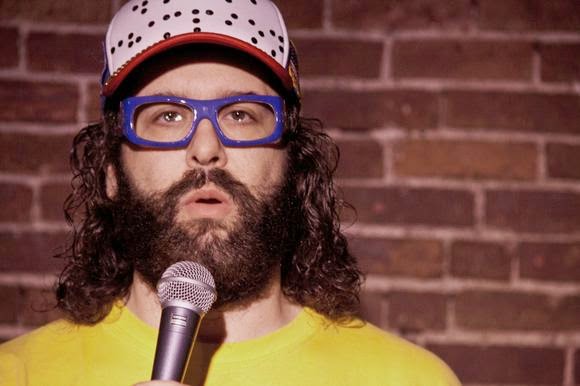 What I did not realize is that Judah is actually a seasoned comedy veteran who has been doing stand up for over 20 years. He has a variety of credits that include projects such as Zoolander, Sharknado 2: The Second One, Ice Age: A Mammoth Christmas, The Wrestler, The Monster Project on National Geographic, and also his own book titled ‘How To Beat Up Anybody’.

By definition, a Comedian is an entertainer whose act is designed to make an audience laugh. Everything about Judah is comical. His goofy garb which consists of a disheveled beard, Elvis sideburns, and his nappy hair shielded by a worn out American-flag-covered trucker hat that says ‘World Champion’ in sign language. And according to Judah, the hands that do the signing on his hat are “the severed hands of my deceased karate opponents.” His shirt repeats the ‘World Champion’ mantra once again, while also having a cartoon photo of himself, on his own shirt. And let’s not forget his thick, blue framed glasses he wears with the American flag painted on both sides. His look is ridiculous, yet hilarious. 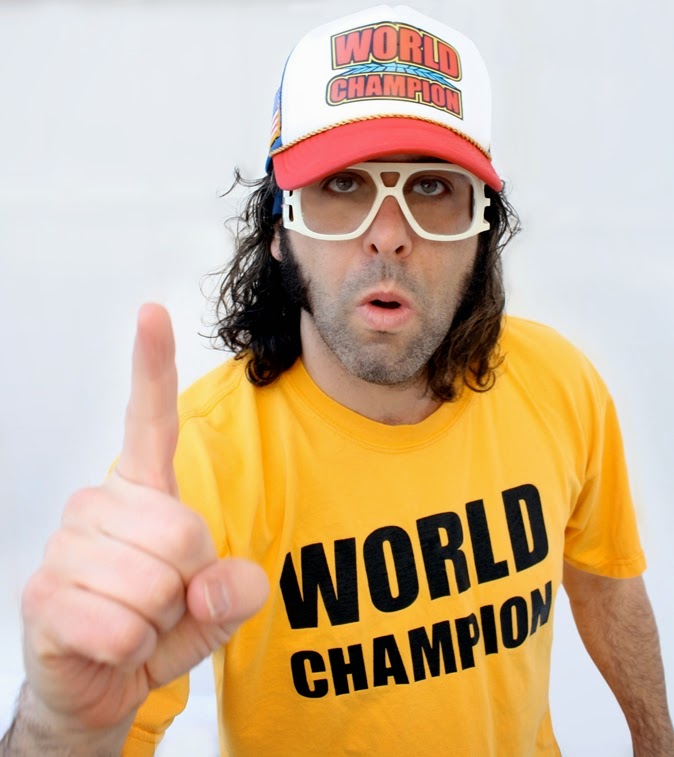 Aside from his looks and his overconfident and overly patriotic persona, most importantly, his material lives up to all the hype. In fact, even without the outfit, he would still be just as funny if not funnier, spouting off silly lines like, “A couple weeks ago, I nominated the Ferguson Police Department to do the Ice Bucket Challenge...figured that might cool ‘em off.” And then throughout the show once again reminding everyone that he is in fact ‘The World Champion’ while delivering lines like, “I just installed a panic room in my house incase criminals break in...so they can go in there and feel safe before I get ‘em!”

His style is unique, with a brilliant blend of one-liners, funny bits, and an insanely skillful ability to do crowd work, making it this difficult art form look way too easy. He will make fun of anyone on the spot without hesitation. No one in the audience is safe from Judah’s ridiculous wrath, which makes for a one-of-a-kind experience as no two shows are anywhere alike.

In the end, I was completely wrong. Judah Friedlander is an all around master of the craft. Go see him next time he’s around!