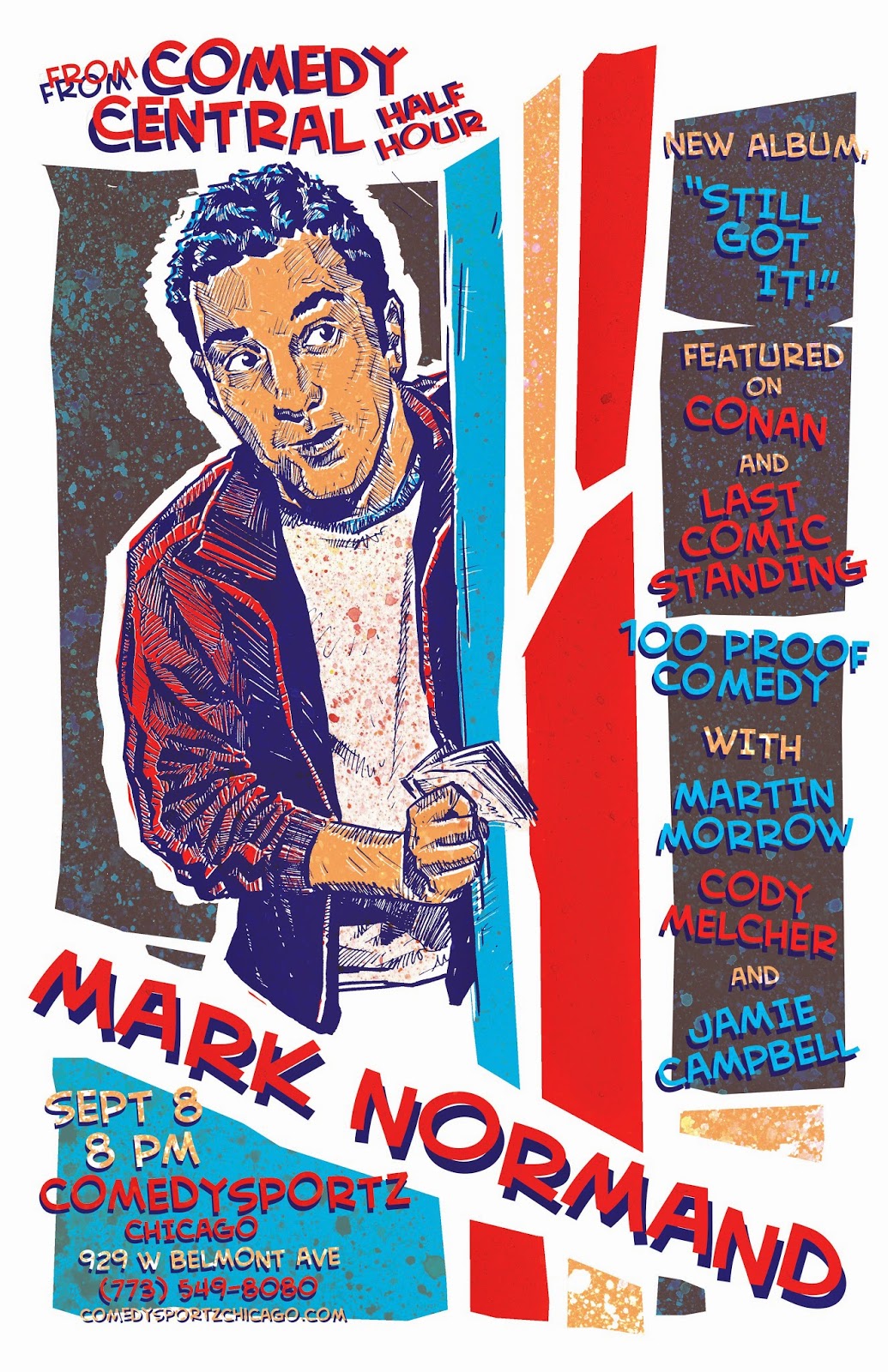 Stand-Up comedy is back in full swing at The Comedy Sportz Theatre. The summer hiatus is over and 100 Proof Comedy is coming out with guns blazing. Check out the press release then get out and support a great show.


Comedy Central's Mark Normand comes to the ComedySportz Theatre for ONE NIGHT ONLY! Normand, who just premiered a Comedy Central Half Hour special, will be appearing for one night only at The ComedySportz Theatre on Monday, September 8th at 8pm. He is teaming up with the producers of 100 Proof Comedy (named Chicago’s “Best Venue for Stand-Up” by The Chicago Reader) for an unforgettable evening of laughs.

In addition to his Comedy Central Half Hour, Mark has appeared on Conan twice, VH1’s Best Week Ever, Comedy Central’s Inside Amy Schumer, John Oliver’s New York Stand Up Show, and was a semi-finalist in the most recent season of Last Comic Standing. He won Caroline’s March Madness Competition, was named to Esquire’s “Best New Comedians 2012”, and was voted Village Voice’s “Best Comedian of 2013”. He also just released his first album “Still Got It!” in July.