The Slow Grind - By Bobby Hill

I worked in Los Angeles, or fought to work in Los Angeles, in entertainment on the business side for a number of years, so I'm familiar with the slow grind that it takes to succeed often times still not getting anywhere. It made me extremely patient. I'm a baby and have so long to go. Sometimes you just have to step back and remember that. I also learned that there isn't a direct path for anyone; there isn't a simple formula to copy because the method to get there changes and who you are or what you do isn't the same as the person you're trying to emulate.

Six years ago people weren't getting famous on Twitter and now folks getting plucked to write for Jimmy Fallon because of tweets! Some IT guy recently got tabbed to write for Fallon just because of his Twitter account. In 3-5 years, that path won't be available either. You have to adapt and change, but you also have to be incredibly patient."

Danny Kallas said it best in a Comedy Of Chicago interview where he basically said: "This is what I'm doing, but that doesn't mean it's what you should be doing". For a guy who's been at it like he has, who has gained the level of local notoriety he's gotten on the scene and in the community as a comic and show producer, that's an incredibly relevant thing to say. That's a guy who's seen enough that his experienced message is, 'you have to figure it out, like I'm trying to figure it out.' Not because he doesn't want to tell you the secret, but because the secret is that there isn't a secret. It's a horrible cliche but only because it's correct and that scares a generation of people that are used to just being able to watch instructions on how to do something on YouTube. There's no timetable or exact definition for 'making it.' I have friends that are professional comics that make incredibly nice livings for themselves that you've never heard of because their path to making it didn't revolve waiting around to get a half-hour on Comedy Central, but rather finding the opportunities that would pay them enough to not have to wait tables or answer phones for someone all day. If you ask them, they're making it for sure." 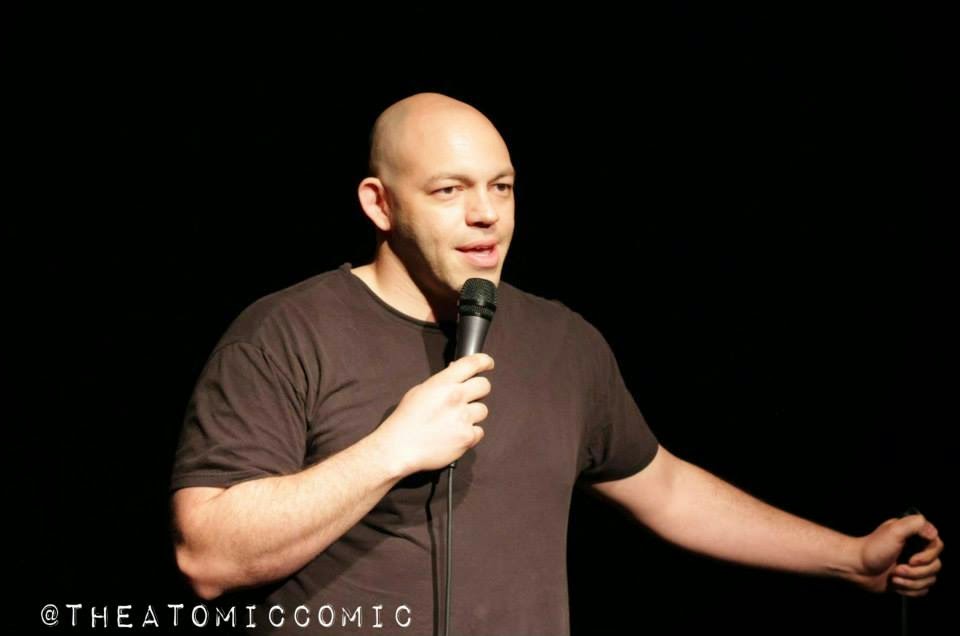 I think it's important to say that I have the utmost respect for anyone who runs a show that goes on for multiple years. It's definitely valuable to say that you've put on a particular show for 3 or 5 or even 10 years. For me however, and anyone that I'm working with, the goal is to create a body of creatively varied work. I just feel that if a next step is possible; if someone from the entertainment heavens decides to descend and look for talent in Chicago, or as I submit myself into the ether as an available talent-for-hire, having a collection of successfully produced ideas may be a leg up versus me just having this one particular kind of show that I produced for a number of years."

When I decided to partner with people and create Stand-Up Throw Down, the goal was to do four
things. First, we wanted to create something that people would come and enjoy. That was the overriding factor: making something fun and funny that audiences liked and comics wanted to be a part of.

Second, I wanted to create an opportunity for people that I wanted to work with and thought deserved more recognition, to get it. Since we started, Timmy Brochu recorded his first album at Township under the Stand-Up Throw Down show banner, that got him signed on Delinquent Records and now he owns his own theater, The WIP. Josh Johnson originally wanted me to start the show, and since starting it with me, he's gone on to co-produce 3 other shows, get passed at two clubs, and he's blowing up at festivals. Aaron Sutherland left our show, very amicably under something we had discussed ahead of time, to co-produce This Week's Show and he's blossomed in his time at places like Laugh Factory as has Sarah Gallagher. Tamara has grown as a performer and a host and is using that on stage in plays. Even from our interns, Abby Stassen left to co-produce Proxy Morons, and is off to a festival in Orlando the week of our anniversary, Tommy Morgan is getting recognition as a newer talent on the scene and Rudy Schultz, who has designed all of our artwork is now co-producing a fun open mic called the Ambush and he's probably one of the more sought after new guys for one-night rooms.

I've even parlayed this into co-creating a tour and an upcoming local weekly show (Two And A Half Black Men) with Xavier Lamont and Jay Washington, who are just some of the funniest guys to hang around with and hitters on stage. 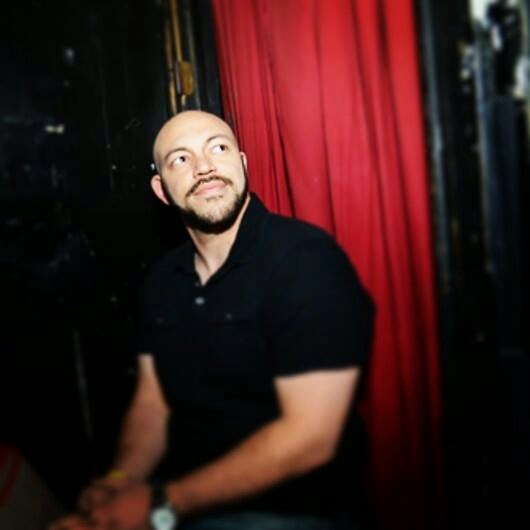 Third, we wanted to create opportunity for some comics that we thought were worth 10 minute slots on stage, and some that we felt were worth 15 or 20, to get those chances. People who either hadn't gotten enough of that on solid one night shows, or weren't getting exposure in this part of town, or had gotten shorter set opportunities that we felt deserved more. I'd name names, but just look at our run of shows and you'll see what I mean. Last, we wanted to make sure we showed respect and admiration for the local 'vets' who've put in their time, continue to hustle their ass off and are just flat out funny to me and everyone else, by asking them to headline shows and giving them a level of cart blanche to just reach out when they were available for guest spots, etc.

One of the things I like about British television, and the reason a number of their shows end up being remade here is that they're lightning in a bottle. They run for one or two seasons, and then they're gone. They don't go until they're no longer fresh. You have to catch them or they're gone, just like many good stage performances. I remember how awesome it is to be able to say I was in the actual theater for 2 of the 3 original Star Wars movies when they came out. It's a thing that I have and if you didn't get to do that, you don't have that experience in your life that I had. There's an element of exclusivity in that. I want to do the same thing with what we're putting on at Township. If you move to Chicago next year or you live here and don't make it to a Stand-Up Throw Down show bySeptember 24th, you missed it! Guess what? You better catch the next thing we're doing because whether it's awesome or terrible, it's not going to be around forever and the things that will happen on those nights aren't replicable. They're your experiences to have or miss out on. Then we'll be doing something else after that. Ideally always different, always with a good dose of originality or a fresh take on a familiar theme that's inclusive, fun and entertaining.

I wanted to do something that brought more of the community that makes people laugh in this city together and this is what I came up with. It will be open to submission by stand-up comics, sketch performers and even improv talent, but no more than 2 people to a submission. To submit, you'll have to choose a known fictional character, obviously the more pop-culture related, the better, and then frame how you are going to satirize, lampoon or otherwise embody that character in a way that's funny. If you think it would be funny to perform stand-up as ALF, from the old tv show, enter that as your submission. If you and a partner want to humorously do a run of sketches in a 10 minute period as Tony Soprano and Michael Corleone and can do a bunch of funny things for it, submit that with a partner. If you think you can create a hilarious 5 minute story to be told as She-Ra, Princess of Power, submit that as what you plan to create and perform. It simply has to be a character that is recognizable, doing something out of the norm of that character, and it has to be funny. It's called 'Out Of Character.' Submissions will require a link to any of your past work, website, etc, and anything you think will help make picking you easier. We will not require scripts beforehand or anything like that unless you want to send something that you think will help you get selected. It's going to be this weird thing where we're going to trust - I know, crazy right? - we're going to trust that if you submit that you want to do stand-up as Superman, you're going to write 8-10 minutes of stand-up as Superman and you'll be ready to roll with it on the date we agree to. You know, we're going to treat you like a professional who actually wants to do something."

"This is going to stretch the performers as these will not likely be characters they've been working on doing and with 5-10 minute windows, they'll have to write material that's specific, but to balance that, we're planning to record audio and video for podcast purposes so that will coincide with each show, so it's something the performers will have to add to their reel, website, etc. I think the process of creating will stretch people in a way that should only help when they go back to writing what they normally write. I mean, I'm not a character guy and I've done literally less than a handful of sketches in my life, so it's a huge challenge for me too! Of course, for audiences, there's the familiarity of looking at a lineup and saying, "I'm going to watch Superman, Jeannie from I Dream of Jeannie, Rachel Green from Friends, Calvin from Calvin and Hobbes and Olivia Pope from Scandal all be hilarious tonight!"

It will be a monthly show, on the first Tuesday of the month. If we have enough submissions and schedules work out, we'll open on November 4th! We have the requirements to submit in the "About" section on our Facebook page (www.facebook.com/OOCcomedy) and the website will be up soon, but for the sake of this, they can email the following to OOCcomedy@gmail.com:

Your Name:
Your Partner's Name (if applicable):
Your Email:
Partner Email (if applicable):
Character:
Partner's Character (if applicable):
What is the scenario? (stand-up, multiple scenes, monologue, etc):
Any relevant web links that will help us decide to choose you:
We look forward to hearing from you!"