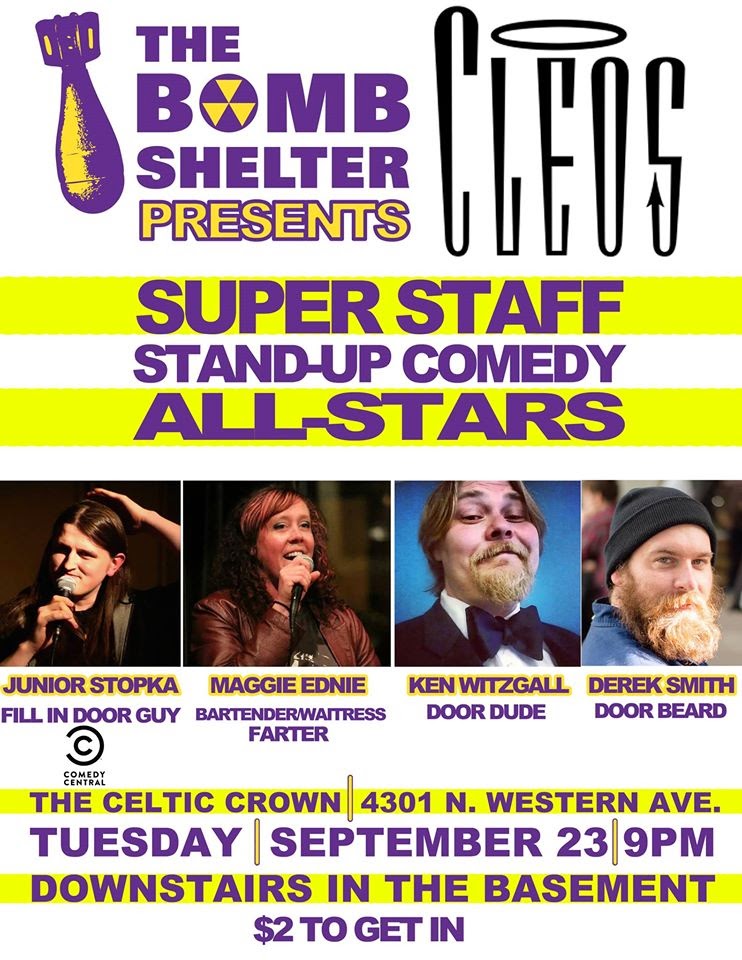 It's another sick week of comedy options in the Chicago scene. Lots of new shows & mics are popping up all over the place (just in time for the fall season) and it's not just brand new shows either, more then a few of Chicago's favorites are also back from summer hiatus. So get out to a show this week because the lineups are looking especially solid. I know I always say that... But it's never been more true then right now - if you haven't been out to some of the great clubs and idepependent shows, do it while the weather is still decent. Check out what's popping in the scene starting tonight and through the week. 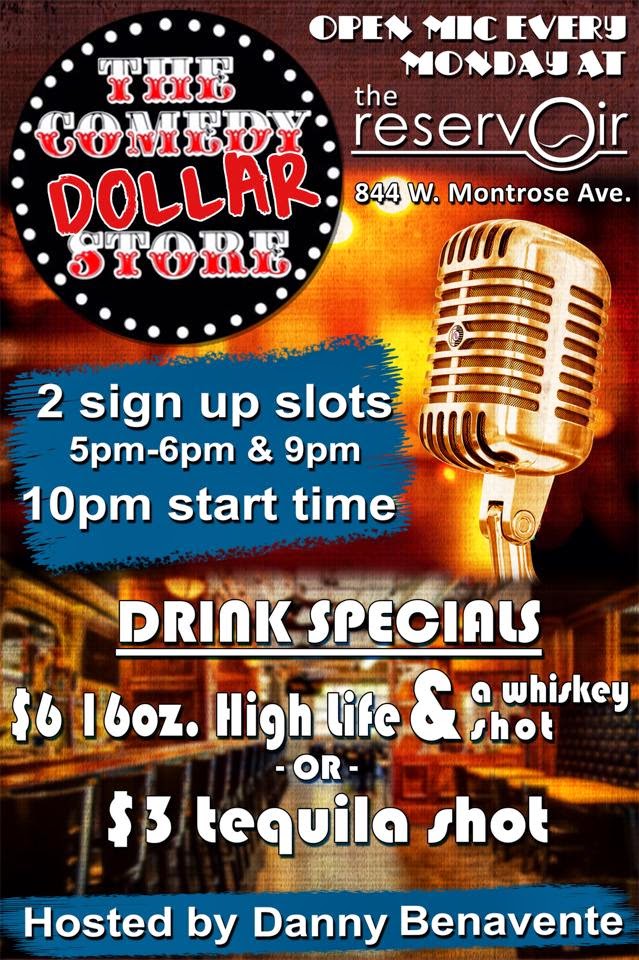 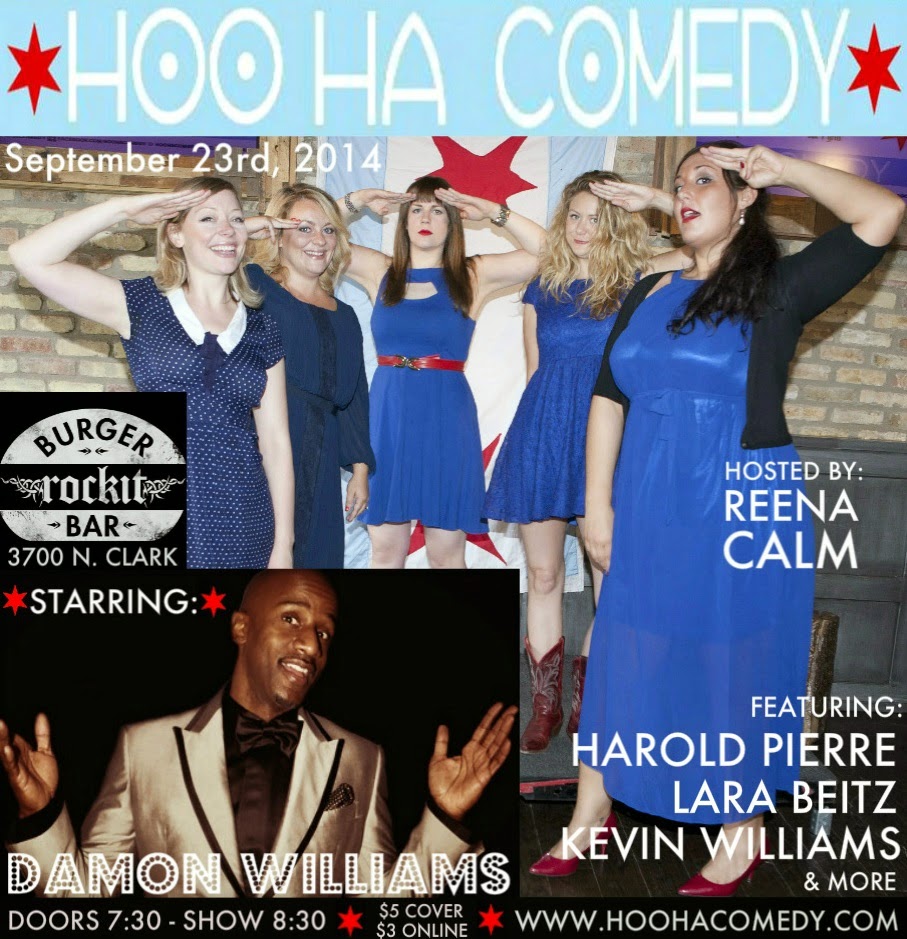 The Bomb Shelter
at The Celtic Crown - 4301 N. Western Ave.
Produced by Junior Stopka, Andre Halter and Maggie Ednie is looking to shake up the scene. Stopka, fresh off his comedy central debut, is an absurdest, dark, comedy monster and Ednie and Halter are probably the most underrated comics around. Downstairs.
Doors @ 8pm - Show @ 9pm
$2 Cover + Drink Specials - Comedians FREE!
TUESDAY!

The Riff
Brisku's Bistro - 4100 N Kedzie
NEW MIC focused on spontaneity and creating new material. Comics will be given a phrase/word/name to start their 4 minute set. Best Riff gets a prize at the end of the night.
Hosted by Elizabeth Gomez and Sameena Sultana
Last Wednesday of every month
Starts @ 7:30 PM
WEDNESDAY!

ONE YEAR ANNIVERSARY! Stand-Up Throw Down Presents - THE FINALE!!!
at Stand-Up Throw Down
Stand Up throw Down is having it year Annervearsy AND it's finale show in the smae night...
What this showcase was bale to do in one ear was pretty amsazing. Standing room crowds with some of the best comedians in the country, all in an independt showcase format. But they are on to biggeer and beeter. Be sure to make it to the final show.
Lineup:
Bobby Hill hosts:
Tommy Morgan
Rudy Schultz
Darwin Doobers
Tamara Lynn Chambers
Sarah Gallagher
Aaron Sutherland
Josh Johnson
Timmy Brochu - Headliner
Wednesday at 7:00pm

Stand Up Stand Up
Every Thursday @ 9pm
The Crocodile
1540 N Milwaukee Ave
Free!