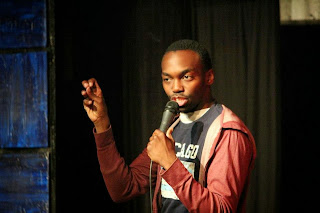 Webster's Dictionary describes a hack as "a rough cut, blow or stroke".

Any number of comedians would say a hack is something entirely different. Some believe it comes down to being unoriginal - something that has been done before being done again. I've seen a thousand Barack Obama impressions. Out of that thousand maybe 2 were good. I've seen a thousand Arnold Schwarzenegger impressions. Same thing. But if that's "hack" then wouldn't that make abortion, race, and drug jokes hack too?

Johnny Carson was making pot jokes to the point where NBC execs told him to lay off or it might bring trouble. So is it any "edgier" now that marijuana is mainstream or would that indeed make jokes about smoking weed hack? Maybe the mainstream itself is what's hack. Jokes of celebrities, current events, politics or saying the word "hashtag" in a bit are THE mainstream now but if what's new is hack and what's old and worn is hack then...what are we left with? 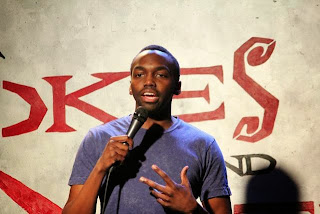 I was at an open mic following both the Sandy Hook and Boston marathon tragedies and heard a
number of jokes about the subject matter. None of them hit. All of them followed with a "too soon?" If it is too soon then would it be funny six months after or would people stop caring at that point. So does trying to find the newest joke about the newest topic count as hack or otherwise despite not getting laughs?

Could insult comedy be what gets the OK? Maybe a roast session or ripping into an audience member or talking about a group based on their religion, ethnic background, or weight. That's been done before too. Maybe that's how the Nazis and Klan got their starts. 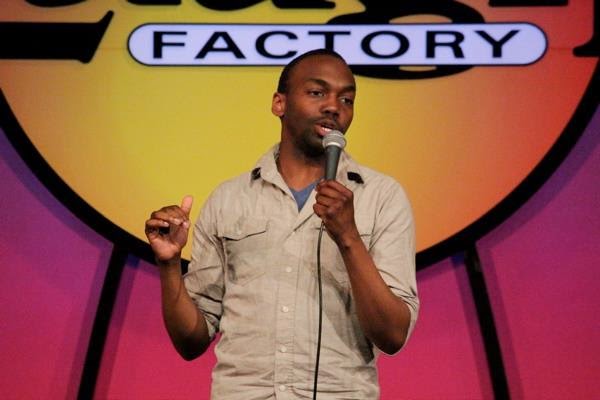 Maybe it's a regional thing. In Chicago you essentially have four comedy territories- North side, Southside, Northwest side (Wicker Park/Logan Square...the Cole's crew), and the burbs (I count them). They're going to talk about what they know. It's all different but it may not work in the other regions- because it's that different. Knowing your audience and doing material towards that audience is what you should essentially do, right? Or would some consider that pandering henceforth being hack?

So what we're left with is everything being. Mainstream is hack. Edgy is hack. Impressions are hack. Insults are hack. Personal material is hack. New is hack. Old is hack. Where ever you're from is hack. We're all hacks. Or perhaps, the glass is half full - nothing is hack. Does it make people laugh? Are you happy with the material? Something might be below your intelligence level. That's fine. Be dumb. Dumb is funny. Smart is funny. Everything is funny to someone. We as performers use "hack" as a crutch. That's something someone else is doing and I don't like it so it must be hack. Who gives a shit? Are people laughing? Are people not laughing? It doesn't center itself to what you're doing. Do your best work and do what you love. Don't worry about what everyone else is doing. Watch. Don't watch. Laugh. Leave. Whatever. 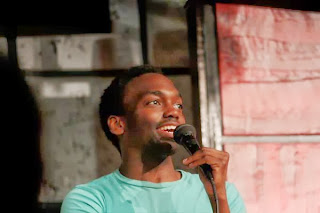 If you put so much energy bogging down what other people are doing then you're not focusing on uplifting and helping the comedy scene as a whole. Chicago has created so many great comics and it continues to generate some of the best. We come from different places with different perspectives. We all had our road to where we are and have a road to where we're going. What I say as an educated, imaginative black kid in his 20's from Alabama growing up in a single parent, no sibling, dad in and out of rehab home is going to be different from a middle-aged man who grew up on the south side of Chicago or a chubby kid who grew up in California with an improv background or a rich girl from Indiana. Everyone can be great anywhere.

I came up doing black rooms and hipster bar shows in the southeast. My story is going to be different from your story. It doesn't make either journey any less funny or struggle filled. It's about the process and making people happy, challenging them to think or having them let loose and enjoy something being goofy.

We all have a unique life. Some of those lives are similar but the voices are all different. If that's what makes us hack then that's a rough cut I'm willing to take.

Contributing Writer  - Martin Morrow
Morrow is a comedian, actor, writer, producer and all around talented cat, you can catch him performing all over the city of Chicago.
Newer Post Older Post Home