The Controversial Definitive Answer To Your Halloween Comedy Show 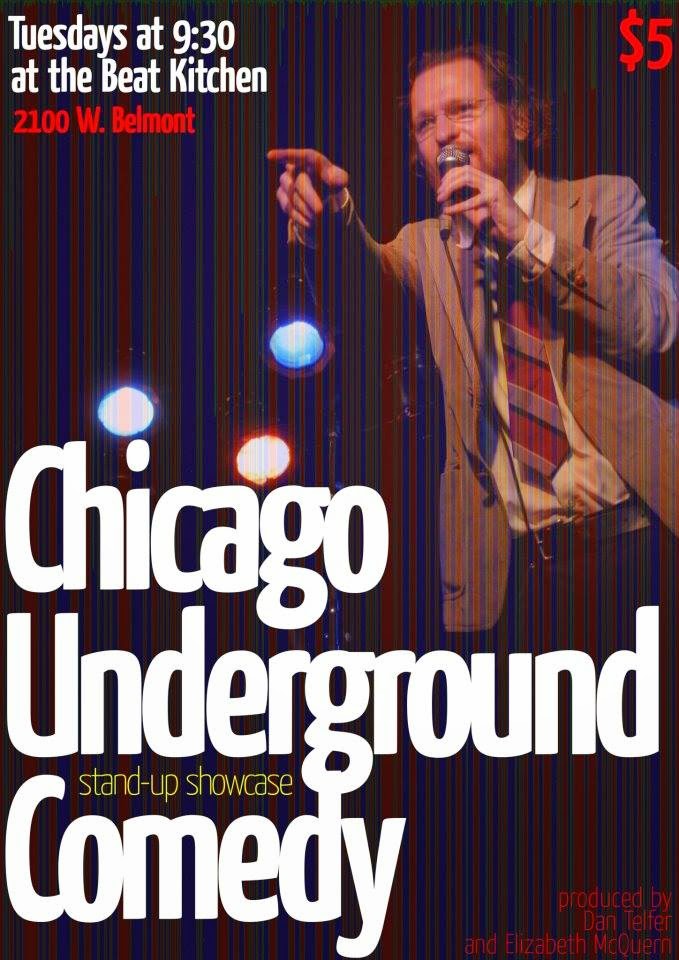 On the surface, it would seem the marriage between stand-up comedy and Halloween is a perfect one.

Beneath the surface of this "white, picket fence, two and a half kids, great business jobs" relationship lies a dark underbelly of controversy, lies, hate, and malice. Is it North side Halloween? Is it South side Halloween? East side? West? Northcoast Halloween? South by Southwest Austin Halloween? Are there more ghouls than ghosts? Are you an all ghost show? Do too many of your ghosts have beards? Do you have at least one skeleton on the show to keep it REALLY Halloween? Can you even really say you're a Halloween show WITHOUT a skeleton?
Put on your favorite mask, think of a half-assed backstory twelve minutes before your set, tell a few play-on-word jokes, and VOILA. You just did Halloween Comedy.

Yeah. It's a lot to handle.

Now, a lot people might try and open this sort of thing up to suggestions. They might, for example, hold a forum to discuss the various ways in which you can successfully produce, perform and run Halloween Comedy shows, and in the end we'd all respectfully agree to disagree. I'm not all about that. If I've been one thing in my life, it's been unabashedly aggressive. Cutting, cruel. I'm unhinged, unpredictable so I'm not opening shit. I'm just going to tell you how it is.

﻿﻿﻿﻿
THIS IS THE ONLY WAY TO RUN A FUCKING HALLOWEEN COMEDY SHOW.

﻿﻿﻿﻿
FIRST AND FOREMOST, when directing your programming, you don't have to worry about ratios. Ever. I don't even want to get into it. It doesn't matter. Ghosts vs Ghouls??? They're all fucking spectres, you know? So if a ghost tells a good joke... you fucking book it. If three ghouls are really great, GET EM ON ON A STAGE YOU DUMB JOCK. You go out and see a Mummy bomb and you hate that Mummy? Don't book it on your hot Halloween Comedy night. Alt Halloween? Club Halloween.


Okay, so you're in the Halloween mood. You've got all the politics out of your system so now what?


You gotta get Ghosts. Ghosts are the best hosts. Jerry Seinfeld proves it in his latest book "Hosting with Ghosts in Cabs", and when Count JERcula weighs in, you know it's science. You want TWO ghosts. One ghost is hard to manage. It's unfocused. It wanders off. You'll be like, "GHOST! JESUS! HOST!" but it just haunts a corner. Not a good host move. A second ghost keeps it on track. If you can get Pal ghosts... that's good. A couple ghosts, palin' around is nice. But you want to aim for the ghosts to be siblings.

Brother ghosts can work, but what you probably REALLY WANT are Sister Ghosts. Now before you argumentative dorks turn your tricks and try to make this some viral gender war, let me just point out that in his appearance on The View in March, well respected actor Kevin Spacey said "Sisters who are ghosts are statistically better artists."

So your show's off to a hot start with really artist Sister Ghosts, and if you have a strong collection of performers, you can just bring them up single file. That works. It's fine for new Halloween Comedy shows, but maybe you've been around the producer block a few times and you're thinking... How do I spice this up?

How about a fucking TWIST?

Maybe you center your show around an anti-climactic Jazz musician, who only very vaguely has anything to do with Halloween, but something happens and you throw your audience for an M Night Shamamaalkaky loop???? WHAT? Yeah. You can take creative liberties with your Halloween Comedy Show. Dracula telling dracula puns is great, but if Dracula is really just inside a snow globe the whole time? HOLY FUCK.

Invite a lot of fucking weirdo's to perform.

Sometimes Halloween acts are weird, and you want to have a lot of variety. Don't make your
Halloween Artists do more than 6 minutes because if their dead pan jokes about "how hard it is to be a fish monster" don't resonate with a less than enthusiastic "regular" audience (regular audience sometimes accidentally go to Halloween shows. More on that later), you're going to risk all your hard Halloween work going down the drain. Make your fucking Fish Monster feel comfortable. Give it some drink tickets, loosen it up and limit how long it needs to be on stage. If it's killing, cheer for it, ya know, and tell your tech guy "Hey, this Fish Beast is on a goddamn role. Give it extra time" Allow for extra time in your programming, but don't FORCE your collection of monstrosities into "headlining Carnegie Hall."

It's a Fish Monster. Not Richard Belzer.

Now your show is rolling.

A sick variety of Halloween from ALL OVER THE PLANET.

You're twisting and turning. People are like "WHAT THE FUCK IS GONNA HAPPEN? OOOOH! OH WOW I GOT SPOOKED. GOOD FUCKING SHOW SO FAR".

You're not gonna know what the fuck he's going to do and a lot of people might think "Is he even a Halloween guy?"

The only thing that can vomit out this award winning elixir AND RUIN YOU ENTIRELY is a "regular" audience infiltrating your show. I mentioned it could happen earlier, and there is NOTHING WORSE. "Regular" audiences will say things like "Why is that Person dressed as Halloween Guy Fieri?" or "not laugh at anything because of how confused they are." It's true that a "Regular" audience can ruin your otherwise indestructible Halloween Night, but don't worry about it too much because they can be cured if you catch the symptoms early.

Play spooky tunes. Put cobwebs on things that wouldn't normally have cobwebs on them. Encourage people to "wear costumes" by charging a "$1 No Costume Penalty", but also offer masks for people to wear or for them to defend their "look" and explain why it IS a costume. Be silly before the show even starts and encourage people to take pictures and hire a CREEPY BUTLER CHARACTER TO SEAT EVERYONE!"

Running a Halloween show is SERIOUS BUSINESS, but follow these steps and it'll also be some SERIOUS FUN.

You have to seriously do everything like I said it, though, or you're doing it wrong.

So GOOD LUCK WITH YOUR SHOW!!

By: Jeff Hansen
Hansen is a comedian actor and producer of "Chicago Underground Comedy" - One of Chicago's longest running showcases. It happens every Tuesday at the Beat Kitchen.