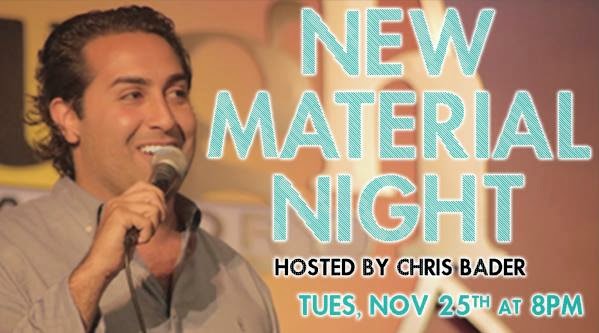 Contributing writer Matt Chiaramonte sat down with host and show creator Chris Bader to learn a little more about this new show.


COMEDY OF CHICAGO: How/When did you get into Stand-Up comedy?

CHRIS BADER: I did an open mic at college when I was 20 in front of my fraternity, shortly after I did a talent show. I did a few more shows and then stopped. I started back up in late 2011. 2012 was really the time the Laugh factory started giving me regular spots, although I was still kind of figuring stuff out.

COC: Why did you want to start a New Material Night? 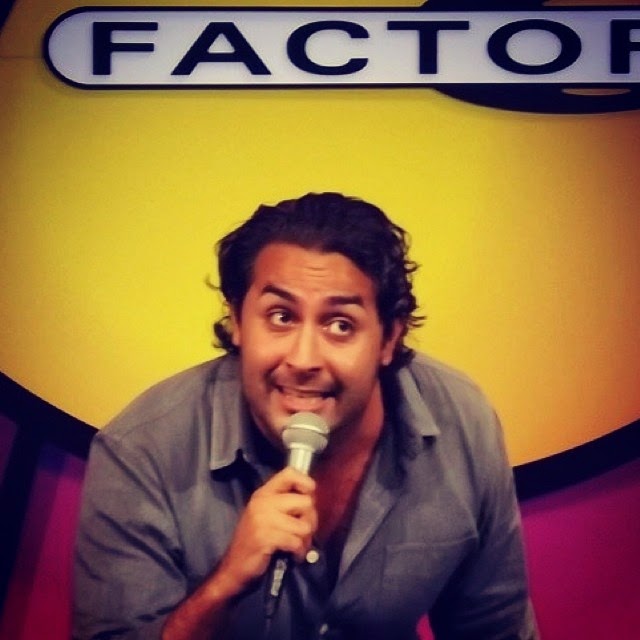 CB: This show is really in its early stages and I want it to grow organically. I just thought something that pushed us to take more risks in front of a live audience would be cool. We all have ideas or premises that we try to make into solid bits but sometimes it takes over 100 shows just to get it how you like it. This was a chance for great local guys to work on those ideas.

COC: How do you personally work out new material?

CB: It's weird because I used to write. These days I end up just writing ten pages and I hate all of it. So I try to get as personal as possible, think of something that is really bothering me or what I'm going through. I'll just mention it on stage, like "This girl & I had plans to go to dinner but all of a sudden its radio silence I don't hear from her. She texts me 6 days later, "Sorry I was at boxing class." It made me laugh I have all these questions. How long was the class? Did you get knocked out? How many rounds? Why even text back 6 days later. So I'm trying to work that out on stage. I will just mention something on stage and try to go from there and talk about it. It's a catch 22 though because being in front of a live audience really helps that. It's also not easy to always get booked in front of live audiences all the time.

COC: Speak a little more on how a comedian’s act evolves over time.

CB: You start with an idea and you just go from there. I remember I had these jokes that I've been using for two years and I got tired of it. I did 14 shows in Vegas for a week & all of a sudden I have all these new tags. Other comics offered some ideas, so these 2 minute bits went to 5 minutes but it all goes with the common theme of your act. Comics have their own voice and way of doing things. If we are speaking in general terms, over time your act gets more polished. You feel more comfortable with the joke, and then you think, “Oh I should put this joke after this one or this should go here.” It really just takes tons of shows to evolve the act.

COC: What future plans do you have for the show? 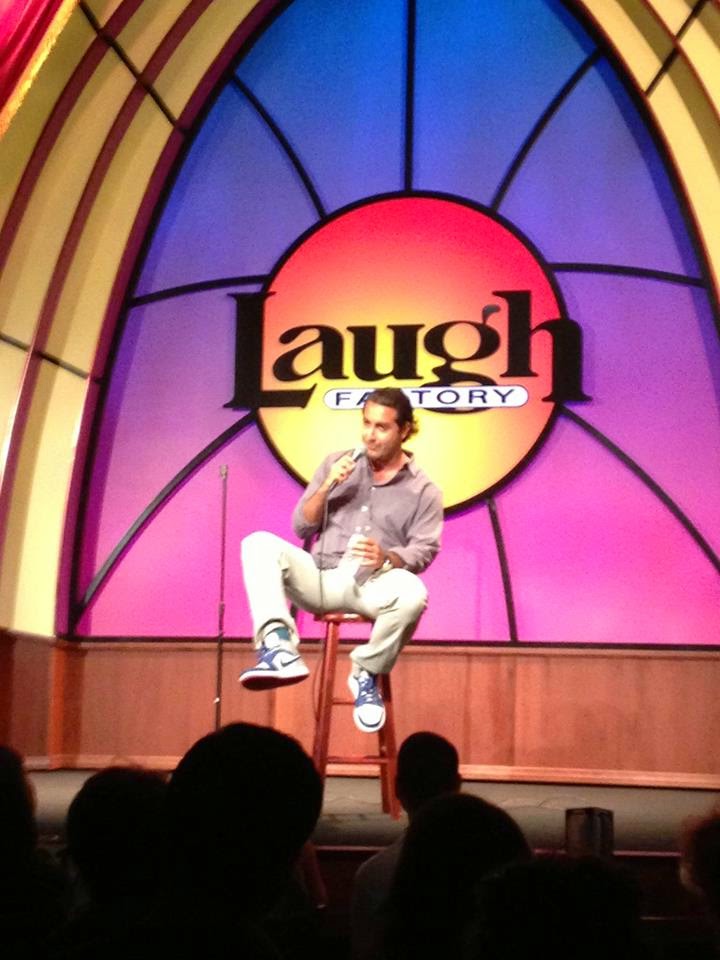 CB: This show right now has one common theme, "new material" but it's really about trying new things. I would like to see it grow. I want people to know they are coming to see great comics and a great show; that way they will let people know about it. The Laugh Factory always puts on quality shows so it's important to stick to that theme.

COC: Chicago is filled with relatively unknown comedians (at least nationally). What are the perks of doing a New Material night?

CB: Chicago is this city with tons and tons of talented people. Sure they are unknown now but many
of them will get discovered and move to different cities. Anytime someone lets you hold a microphone and do what you love that's a perk. It's just an added bonus to see great comics work out stuff live on stage.

COC: What's the best reason someone should come see "New Material Night" with at the Laugh Factory?

CB: It's our job as comedians to make things go smooth when we are in front of paying customers. We tie together bits and the audience thinks it's magic if we have a great set like how it flows. This is a chance to come see comedians you've seen try out new things. We are all just having fun; there will be a lot of shows that will just have us being really silly. Instead of sitting home on a Tuesday spending hours on social media doing nothing productive waiting for Friday, come by and laugh at how sad some of our lives are while we tell you about it on stage