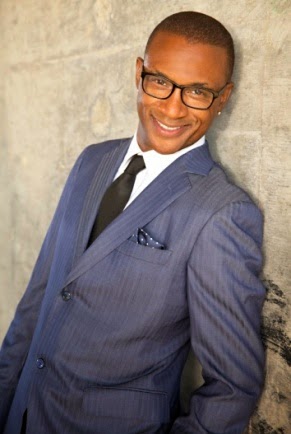 Tommy Davidson is best known for being one of the original stars of the hit TV show In Living Color, working alongside Jamie Foxx, Jim Carrey, Jennifer Lopez, The Wayans Brothers, and even Tupac! Tommy went on to play countless roles in a number of films and TV series, and he never stopped doing stand up. He has three Showtime comedy specials: Takin’ It To D.C., Illin’ In Philly, & On The Strength In NYC. Tommy is in town performing this weekend at the Chicago Improv. He was nice enough to give advice for comics, discuss the ups and downs of fame & success, talk about working with Tupac, and of course, sharing his wisdom from the other side of the barricade. Enjoy!

COMEDY OF CHICAGO: You’re a very animated comedian. Where does that come from?

TOMMY DAVIDSON: There’s a few things: 1) I’m natural like that. I always used to be the kind of kid that was real descriptive about things. So that’s somethin’ that’s just in me. It’s like a natural part of how I am. 2) WATCHING. The comedians that I liked and the comedy that I’m attracted to is somebody who moves a lot and can convey a lot of ideas in a short amount of time. I never was attracted to the kind of comedians who go, “Sooo...I’m from Kansas City...annnd in Kansas City, we have this and we have that...” [laughs] I like something loud and fast-paced and energetic. And 3) LEARNING. Learning from stage and learning from improv, how to take that to another level.

COC: Some comics limit themselves by saying “they only do this”, or they’re only “this type of comic”. But how important is it to be able to do as many different things as you possibly can?

COC: How do you break out of your shell and get out of your head in order to be as energetic as you can in front of so many strangers?

COC: You’re known as “The Bruce Lee of Comedy”. Have you always been involved in Martial Arts?

TD: [laughs] I wish! I’ve always loved it. It takes A LOTTA practice to get good at it, just the regimen of it. So, comedy is one of the pursuits that I stuck with, with the regimen that I’ve stuck with and mastered 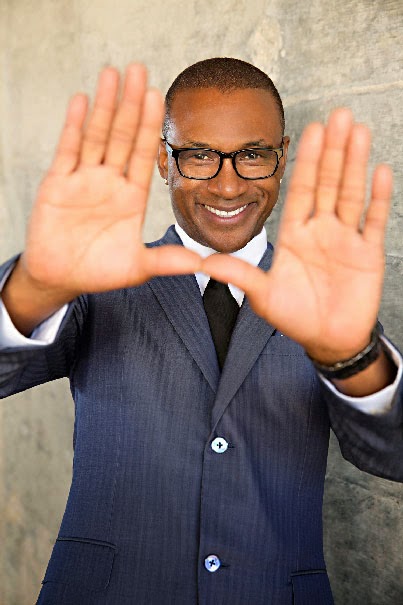 COC: You’ve been doing comedy 30 years! What is the key to having a long lasting career in comedy?

COC: Did In Living Color and all the other movies & TV shows you’ve done ever take you away from doing stand up?

TD: No. I never stopped doing stand up. As a matter of fact, I did six movies AND the TV series, and three Showtime specials, all within about a 15 year period.

COC: Wow. So, what is a typical daily schedule like for you?

TD: There is none. I’ve been traveling a lot, so a typical day on the road is to get up and do media, then do the show that night. A typical day at home is having meetings and then just doing what everybody else does, like going and getting your car washed ‘n stuff like that. But, there is no typical day.

COC: Who were your mentors? Any comedians that took you under their wing?

TD: All of them. A lot of them talked to me and showed me different things. Pryor, Eddie Murphy, Sinbad, alotta guys... But you get most out of watching. And the guys that taught me most of what I know came from D.C. They were older, black, chitlin circuit comedians. So by the time I got to Hollywood I was already ready for that.

COC: I was just watching the In Living Color sketch with Tupac. What was it like working with Tupac? What was he like in person?

TD: It was cool! He actually was like a really cool ‘lil dude. He didn’t act like he acted on his videos ‘n stuff like that. He was really nice, man. Just a really humble dude. Just very like, “Hey what’s happenin? It’s really good to be here!” He wasn’t all like, “Ay yo wussup man, wusuup?! Wussup foo? Wussup?!?” [laughs] He wasn’t like that at all. He was really nice and he was just really happy to be here. He wasn’t demanding or anything. 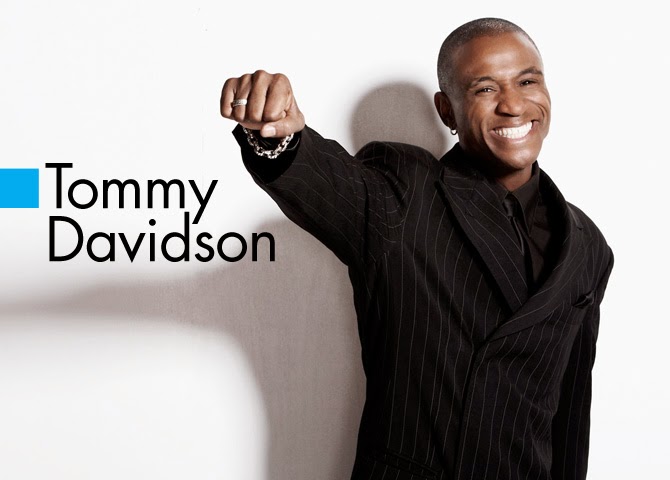 COC: Do you remember what it was like for you all the way back at the open mic level?

TD: I had a lot of fun with that level. It was a good chance to interact with the audience and hang out at the clubs, try new material, and see how the whole thing works. Those were fun times for me. And that’s why I say, the key to the whole thing is staying on stage, and staying in the clubs. Like, staying IN the clubs 7 days a week. Working on your stand up is the best thing you can do. I’ve seen comics that just STEAL material for YEARS, but they kept going to the clubs and now they’re big stars! [laughs]

COC: Trying to get IN at these comedy clubs takes a really long time! How are you supposed to have a career if you spend all your time just trying to get IN?

TD: It’s like chicks. Just because one chick turns your down, you’re not just gonna go, “OK forget about her forever!” Ya know? You’ll be back at the coffee shop trying again and again. Right?

COC: [laughs] Okay. In past interviews, you’ve said that it took you a lot of struggle and a lot of pain in order to figure yourself out. Why must pain be part of such a process?

COC: You have a very positive philosophy. Where do you think that comes from?

TD: I started at one point being attracted to people who could really handle their surroundings. They could get what they wanted without hurtin’ somebody else. They looked like they could be HAPPY with what they had.

COC: What is it about that high level of success that makes people in Hollywood “go crazy”?

TD: I can only say this about myself, but you look for ways to relieve stress. And sometimes it can backfire—drinking, drugs, whatever. Everybody’s got a little somethin’ that gives them a little bit of relief—whatever it is. It could be overeating, whatever. And it can get out of hand if you’re not careful. Because if you’re using something to numb the pain instead of healing the wound itself, it’s gonna keep coming back. So it’s a case of them having to do what they had to do, to get to where they had to go.

COC: Why does it take SO long to “make it” in comedy?

TD: ‘Cause it’s competitive! Whenever there’s something to be had, something of value, you’re not gonna be able to get anything of value just by walkin’ in on the first day. You can’t just walk on the field and be like, “Hey, I wanna be an NFL player!” Know what I mean? If you are on that field playing for the NFL, you have gone through test after test after test...and you are finally there. And when you’re finally there, you are equipped with just what you need to be able to compete on the highest level.

COC: Why do we see people in comedy & show business who don’t work as hard, yet they get more things than the people who are working harder for it?

TD: I mean, it’s the same reason why a man can have a warehouse full of beef while another man across the way is starving. You know what I mean? There’s really no rhyme or reason to that one.

COC: It’s just not fair and you’ve gotta get used to that...

COC: What are you still seeking to accomplish that you haven’t accomplished already?

TD: How about the #1 box office draw, how is that one? And then that one again, and again!

COC: Wow. Do you think you’ll ever stop doing stand up?

COC: Amazing. How do you maintain this high level of hunger & motivation after all the success you’ve experienced?

COC: You were very young when you first experienced fame & success. Was it distracting? How did that affect you?

TD: Yeah, it did. Anything new is going to distract you, ya know? Anything that is outside of what’s normal for you. I think one of the main things that caught me off guard was the way that people behaved towards it, and the way they behaved towards me. And I’m not talkin’ about fans.

COC: What kinds of things happened?

TD: Never take “No” for an answer. Stay at the clubs. You got alotta good stuff this mornin’ ma man!

COC: [laughs] It’s been a pleasure and an honor talking to you, thanks for your time!

TD: Thanks ‘lil brotha have a good one.