The Weekend is Stacked! 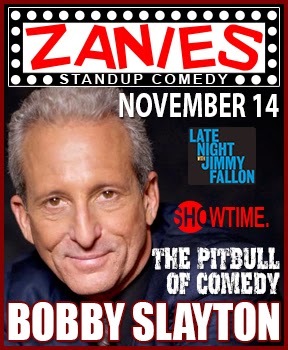 Although we try to plug the upcoming week of shows every Monday, sometimes weekend events need their own posting. This is one of those weekends. From Bobby Slayton to Jerrod Carmichael to rowdy Nasty Shows at the laugh Factory (for insane comp ticket opportunities read below), this weekend is absolutely packed and stacked with great comedy options. Get out of the cold and into your nearest warm and toasty Chicago comedy club.

Bobby Slayton @ Zanies!
1548 North Wells St. - 312-337-4027
ONE NIGHT ONLY!
One of the most influential comics in the game. A true "comic's comic," Bobby Slayton, often referred to as "The Pitbull of Comedy," has been performing his own intense style of stand-up comedy for over 20 years. His resume is ridiculous. He tours the country, has multiple movies cameos and more TV appearances then you can shake a stick at including: "The Tonight Show, Politically Incorrect, HBO, Showtime and Comic Relief just to name a few.  He's regular guest on The Adam Carolla Show and and popular radio shows like Howard Stern plus he's got multiple comedy specials under his belt. Basically the guys an historic comedy monster. All serious comedy fans should know this guy. 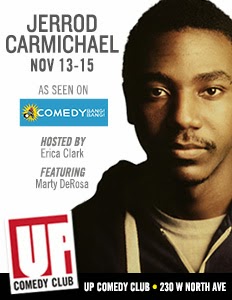 Jerrod Carmichael at The Up Comedy Club!
230 W. North Ave, 3rd Floor, Chicago - (312) 337-3992
Featured as one of Variety's "Top Ten Comics to Watch" last year Carmichael has been on fire. He's working on his first HBO stand-up special (Directed by Spike Lee), is a regular around some of LA’s best clubs (Meltdown, The Improv and Laugh Factory), has a comedy pilot in the works with NBC and is a top comedy pick for the Chicago Reader.
Don't miss his Chicago debut!
Featuring
Erica Clark - Host
Marty DeRosa - Feature
Recommended
FRIDAY AND SATURDAY! 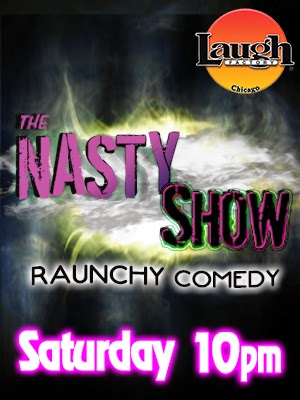 Evan Lionel at Jokes and Notes