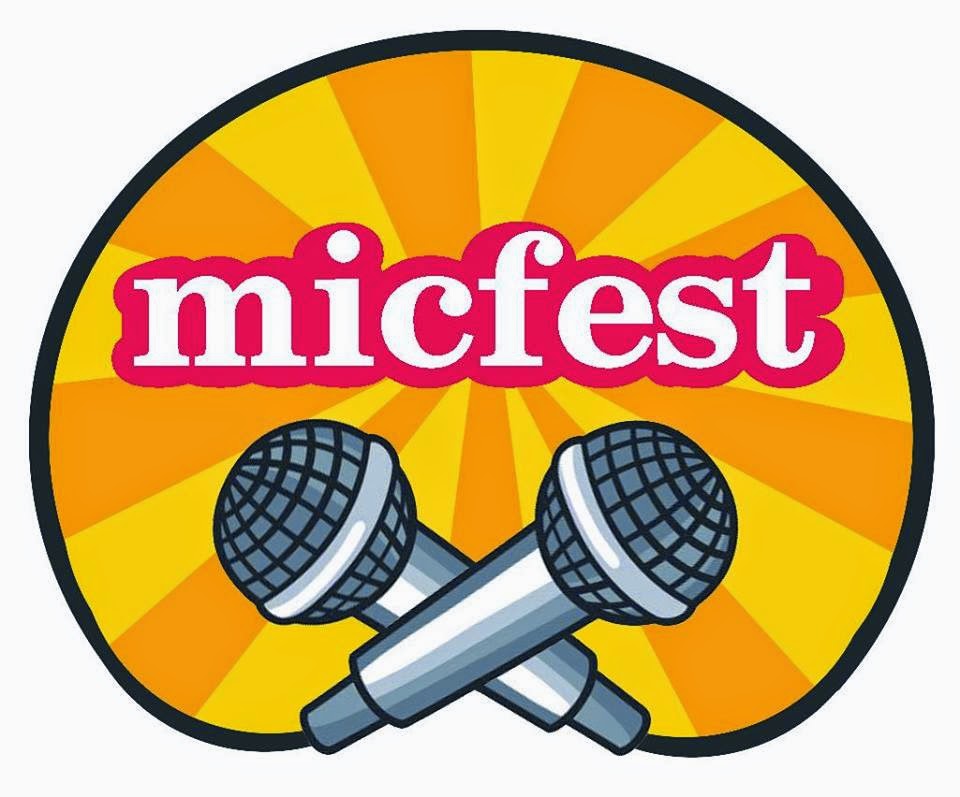 The Chicago comedy scene celebrated its very first Chicago Open Mic Festival this past weekend. The event was put on by Monte LaMonte & Collin A. Bullock. Over 60 comics came to take part in the extravanganza, experiencing all the elements that make open mics both lovely and loathsome. The goal was to attend every single mic, and out of the seven total mics that were part of the fest, I attended six of them. With that said, I give you the recap of the entire experience:

The Mic Fest kick-off began at Candela Latin Cuisine in Logan Square. Sign up began at 8:00. Now, if you got there early enough you should have been able to get a good spot on the sign-up list, right? Wrong. It’s still an open mic! Which means there is bound to be an unpleasant surprise element designed to crush your soul just before you get on stage... 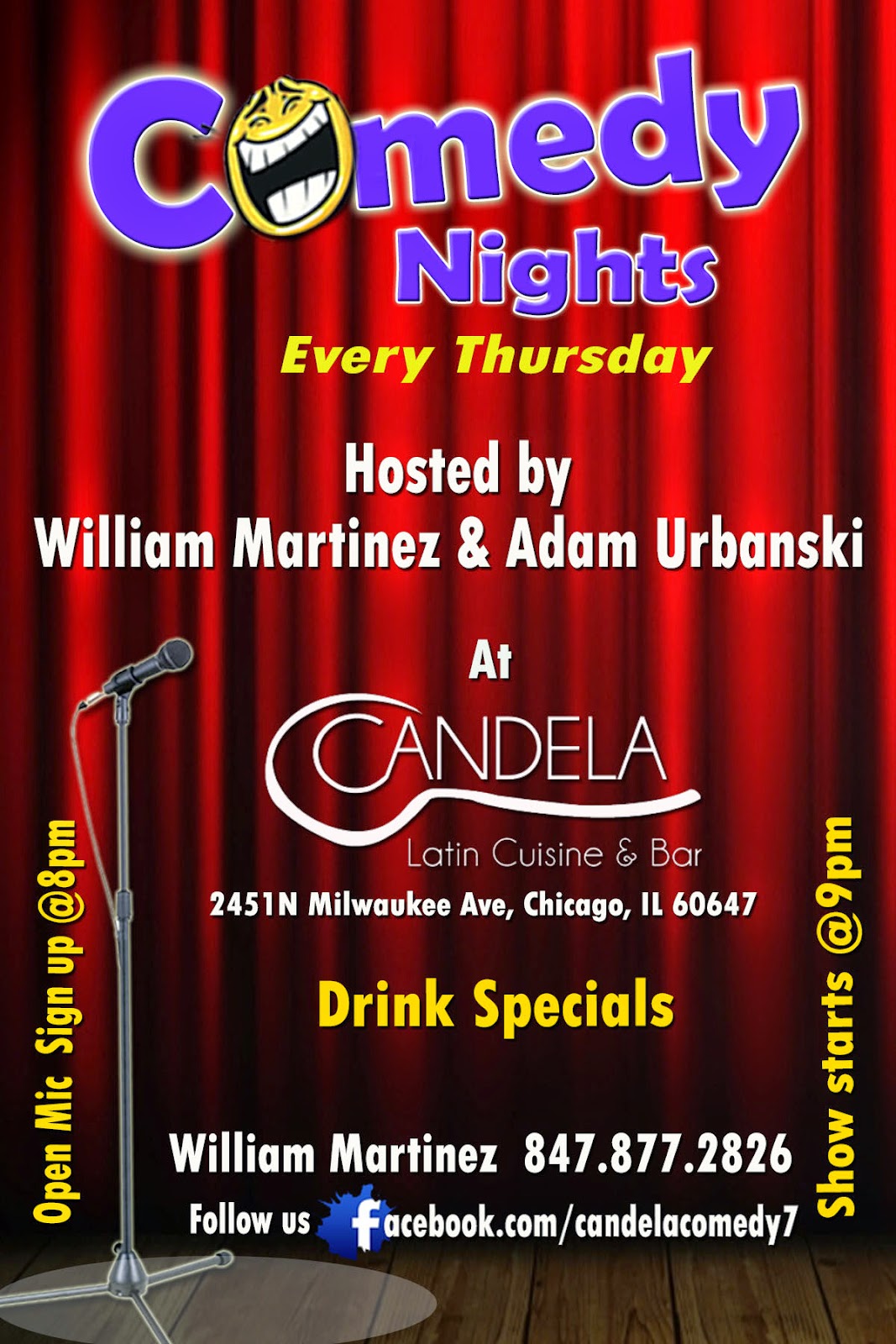 With that said, comics came out bright ‘n early, excited to get a good spot on the sign-up list. The energy was high and everybody was feeling great. Too great. The atmosphere was just too happy and cheery for such a big crowd of comics. Something evil had to happen to bring the energy down. So, when it was time to sign up, the host of the night made the awful announcement: “Time to sign up! BUT WAIT...there was a pre-sign up LAST WEEK, so the first 15 spots have already been taken!” He then went on to justify these actions by referring to himself as a “marketing genius”.

Naturally, waves of madness and sadness swept throughout the room. The looks on all the comics’ faces, especially the ones who arrived hours before showtime, read of anger and frustration. The alleged pre-sign up brought the open mic energy back to the status quo. Aside from the sign-up list setback, Candela kicked it off wonderfully. In fact, national headliner Sammy Obeid AKA “1,000 Days Comedian” even made a surprise drop-in to do some time. Overall, it was a nice night to kick off the fest. 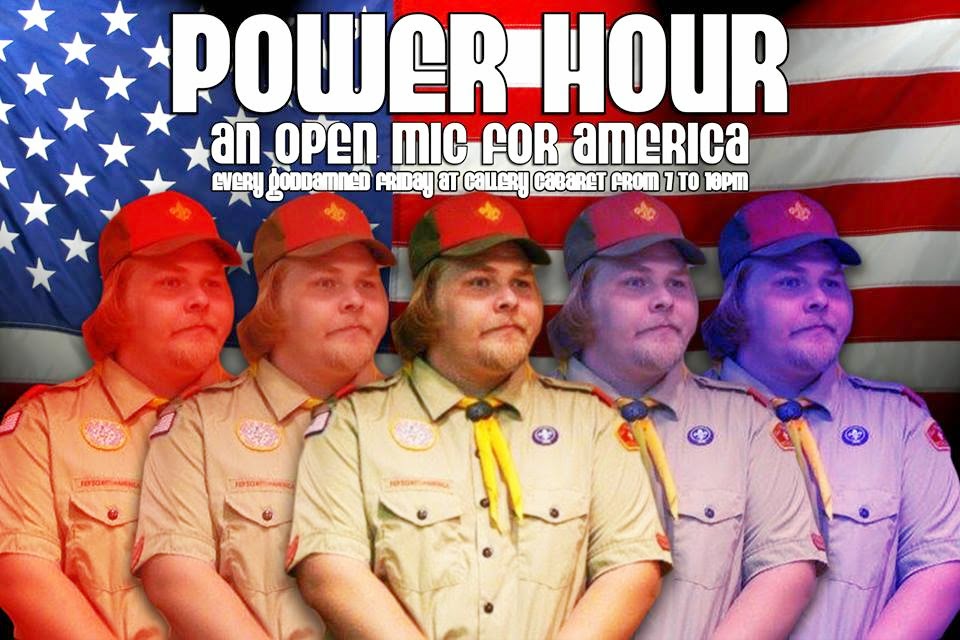 Well, how was Power Hour open mic? Two words to sum it up: Shit show. A shitload of people and a shitload of booze, dangerously packed inside the narrow walls of the Gallery Cabaret. I was able to get up early on the list, not because I got there extremely early, but because everyone who signed up in front of me refused to take any of the first six spots. So, I nabbed an early spot, got up, got out, and ran off to Waukegan to hit the next mic of the fest.

What was the open mic in Waukegan like? Well, it took place at Picasso’s Cantina, and I don’t know if you’ve ever done comedy in a restaurant during peoples’ dinners, but I highly recommend you try this humbling experience. I will say the best part of that mic was the Tiki-Hut stage and the Tiki-Hut straw poking me in the face during my set. The experience was priceless, and I’m glad I went. 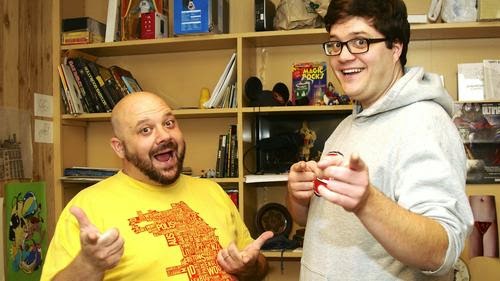 The final day of the fest! Gotta bring your A-Game! Or do you? Afterall, it’s still an open mic, right? Either way, speaking of games, comedy on Saturday began at 2PM at The Hideout Inn—an open mic notorious for their whacky ‘n crazy comedy games. Aside from the games, the best part about this mic was the free pancakes made by the comics, for the comics. Where else can you have pancakes & beer at an open mic? At the Hideout Inn, that’s where.

Immediately afterward, the next stop on the Mic Fest map was The Globe Pub. Another great spot to get a set in, AND this place offered $2 burgers! $2 BURGERS!! You can’t beat that! And yes, they were de-fuckin-licious!

And finally, the last place to perform was at Reed’s Local Tap—a popular Sunday night mic that starts immediately after The Walking Dead. There was an open mic out in Plainfield around the same time, but I had to choose the one that was closer, which kept me from completing all 7 mics. But hey, 6 out of 7 ain’t bad! Anyways, Reed’s Local is a fun room that sells cheap drinks along with not-so-cheap-but-really-beautiful art! Get drunk, do comedy, and buy some Star Wars paintings! (among other types of paintings)

The Best of the Fest Showcase! Hosted by Marty DeRosa who did an amazingly spectacular job. The guy is a true pro. If you don’t know who Marty DeRosa is by this point, you’ve been missing out. The open mic comics who got picked to perform in front of Chicago’s biggest bookers truly stepped it up, brought their A-Game, and put on an amazingly fun show.

Overall, Mic Fest was a great experience! It brought all of us open-mikers closer together. I met a lot of people that I did not know before the fest, and the people that I already knew, I got to know even better! It was also a great challenge—running around and getting to every mic in time, and also constantly forcing yourself to be better and better after every single set. And just like that, Mic Fest is gone, but don't be sad, open mics will always be around.