It's the Weekly Top 5! As always this list is subjective, based on opinions and only covers events we actually went to. So of course, we missed some shit... Feel free to send links to your favorite events. Here are the 5 best things that happened last week. 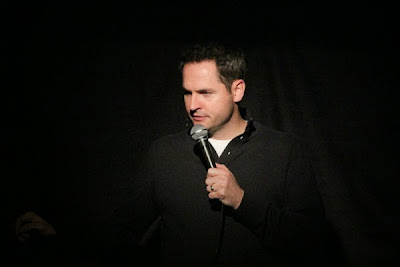 Pat McGann: Watched this Chicago comedy veteran absolutely destroy last week at The Blind bet Comedy Show (my new favorite showcase) near Belmont and Lincoln.  The room was packed but also rowdy. McGann didn't give a shit. He's the honey badger of comedians. Effortlessly working the room with south-side swagger while peppering in killer material as he feels it. His demeanor is cool, almost detached, but don't be fooled by the low key delivery, the guy is a fucking monster. It was almost scary how McGann would work the loud raucous room of potential hecklers into quiet attentive bunny rabbits by the time he was done. But that's not really a shock if you know the guys resume (Emmy Awards, ABC, The Daily Show, Etc) . The most surprising thing about Pat is that he doesn't have his own sitcom... Yet. 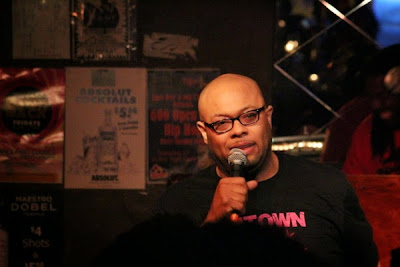 Marlon Mitchell: Speaking of comedy monsters that can control a crowd. Marlon Mitchell is a beast. The south-side's best kept secret, I mean that almost literally. This dude doesn't even have a website but is potentially the funniest comic in the city. Yet many Chicago comedy fans have never heard of him. Know as a regular feature at the legendary Jokes and Notes comedy club, Mitchell has the resume and chops of a national headliner, but mysteriously (mostly for his own reasons - Mitchell much like McGann, can do what he wants when he wants), almost never does clubs/rooms north of Roosevelt. Except for last week when he destroyed at the Subterranean in Wicker Park. That show was also a very rowdy, talkative room, yet he handled it with ease. Mitchell is loud, brash and hilarious. Any chatty audience members get dealt with swiftly - but always with a smile. Bottom line is he's extremely likable and talented. As personable as Sinbad with the skill set of Pryor. He could blow up... if he wanted to. Hopefully we'll see more of Marlon Mitchell in the scene soon. 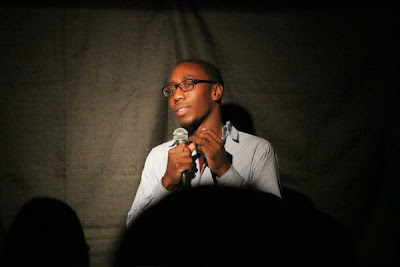 Sydney Adeniyi -  As stated in this segment before, I love watching a comic turn a corner. there is something almost magical about watching a comedian in the scene, that maybe you've know for a while, flip on that switch in their head/soul and really starting performing at a top level. Sydney is definitely on his "A" game right now. He's worked hard in this scene and it shows. A regular at Zanies, The Laugh Factory and just about every decent showcase in the city, he's proof positive that hard work and determination (along with talent) is the key to this game. 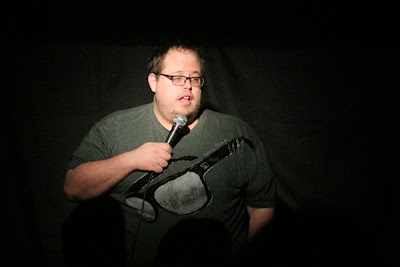 Matt Riggs Stopping a heckler in her tracks: This dumb lady wouldn't stop talking. So comedian Matt Riggs just stared at her till she shut her pie hole (it took like 45 seconds). Sounds awkward I know, but it was hilarious. Crowd was totally on board after that. Riggs has been in the comedy game for a few years and is a very talented cat that can be seen at showcases and fun mics all around town. His podcasts are pretty dang good too. There's an ton of them on iTunes for you to sample featuring a butt load of local Chicago comedians. 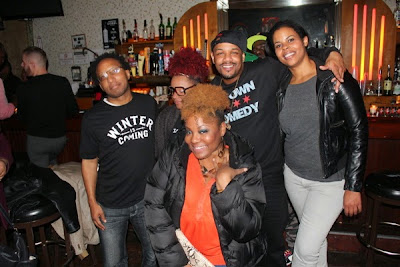 Sean Monroe's - "Wings, Drinks and Jokes": Some of Chicago's best comedians come out to this monthly show. It's a regular who's who of the south-side scene ON the north-side (smack dab in wicker park). Monroe is a Jokes and Notes regular AND a straight hustler who has been holding down comedy at this venue WAY before the recent influx of comedy shows that go on there now... which is a good thing for sure, but just saying - WDJ was and is a pioneer show. A fun and rowdy room that that gets the party started. Catch the next one if you can.