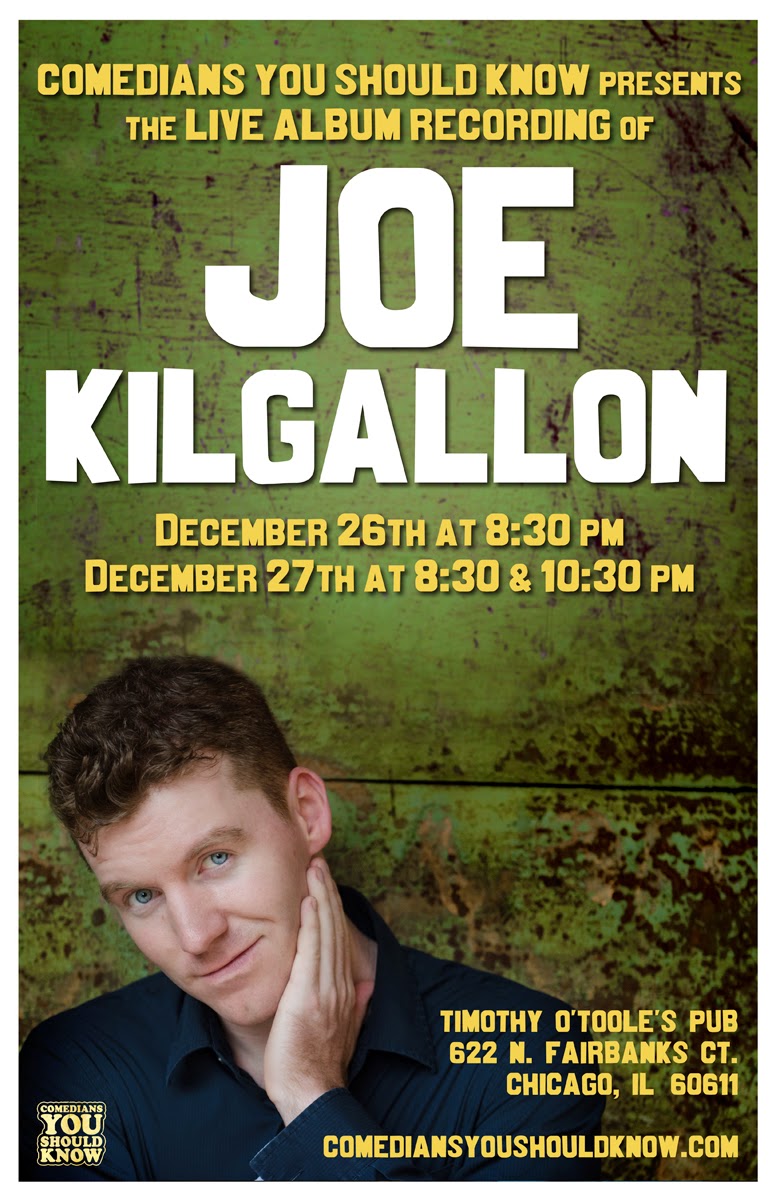 Damn it's almost Xmas... Happy holidays to all by the way (Christmas, Hanukkah, Kwanzaa, whatever gets you off). Although some cultural scenes tend to slow down around this time of year, Chicago's comedy scene does not, One of the biggest shows we want to plug this week is the CYSK Presents: Joe Kilgallon (LIVE ALBUM RECORDING) at Timothy O'Toole's Pub. Hosted by Danny Kallas

If you only go to one show this week, this should be the one. A stalwart of the Chicago scene before he left for Los Angeles and a fonding member of the game changing CYSK comedy showcase. Joe is a ridiculously funny comedian  who likes to tell it like it is (or at least how he thinks it is). A real straight shooter. Nobody embodies the Chicago spirit better. 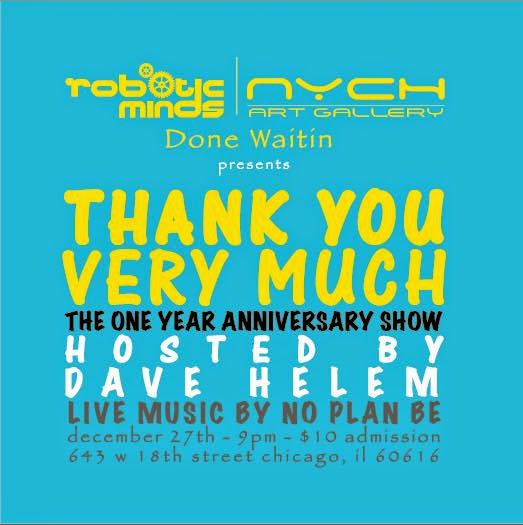 CYSK Presents: Joe Kilgallon (LIVE ALBUM RECORDING)
at Timothy O'Toole's Pub
622 N. Fairbanks Ct.
The one and only Joe Kilgallon, returns home to headline three stand-up comedy shows for his LIVE ALBUM RECORDING
Friday Dec 26th at 8:30 PM
Saturday Dec 27th, 2014 at 8:30PM & 10:30 PM.
This will be the only chance to see Joe record his debut album,
Produced by Comedians You Should Know a stand-up comedy collective made up of some of Chicago's funniest comedians, including Kilgallon,
Hosted by Chicago comedian and public restroom connoisseur - Danny Kallas.
TICKETS:
$10 in advance www.comediansyoushouldknow.com