Confessions of a Whiny Bitch 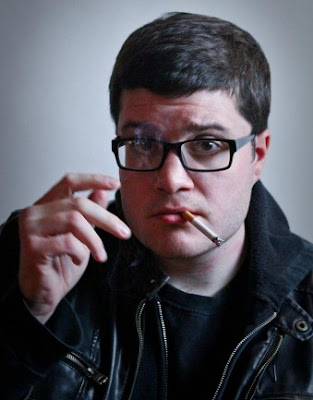 “Criticism is the only honest form of autobiography” – Harold Bloom

“Comedy is not a meritocracy. Get over yourself” – Marc Maron

“I don’t like your comedy. I find it forced and impersonal. That’s why I don’t vote to book you. Happy?” – Drew Michael

I’m a whiny little bitch. I have been for quite a while. I whine and complain about every perceived slight, but for the purpose of this article and this audience my whining can be divided into four major categories:

It’s easy to fall into the trap of fixating on these four things. I wouldn’t believe any comedian (or, really, any human being) who claims that they haven’t felt every one of these at some point or another. I feel them more than most and, perhaps more importantly, have much shittier impulse control than most. When I feel the sudden, hot rush of envy hit my brain, well…my higher reasoning functioning tends to shut down and I immediately take to whatever social media to vent my frustration. When I see the listing for some show that I respect, that seems like a big deal to me, post a line-up that includes several names, all of which I read as “Not Collin A. Bullock”, I get angry and I get sad. And I tweet about it. This tends to benefit no one, myself least of all. 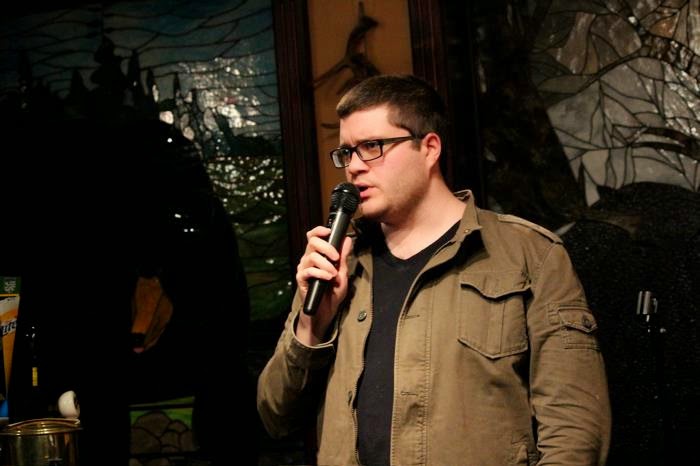 I’ve seen quite a few articles on this site recently about dealing with rejection. Every time I read one, I assume they’re talking about me. Of course, I assume most things I read are about me. It made it very awkward when we studied Night in high school. Anyway, I have a bit of a reputation as a whiner, which I think is unfair. People only think I’m a whiner based on every single action I do and word I say. I’m kidding, of course. People are right to see me as a complainer. I’ve been told that when people meet me, they never think of my comedy, they just think of me as a whiner. I think they’re right.

I’m kind of a great example of what not to do when you start comedy in Chicago. When I started I should have kept my head down, worked hard, and hung out. I did arguably none of those things. I was shitty at comedy (still am, for the most part), I complained loudly that no one respected my shitty comedy, and I left every open mic early and didn’t talk to anyone. I also had weird glasses and a shitty haircut and I dressed terribly. I think people were sincerely afraid of me bringing a gun to an open mic. 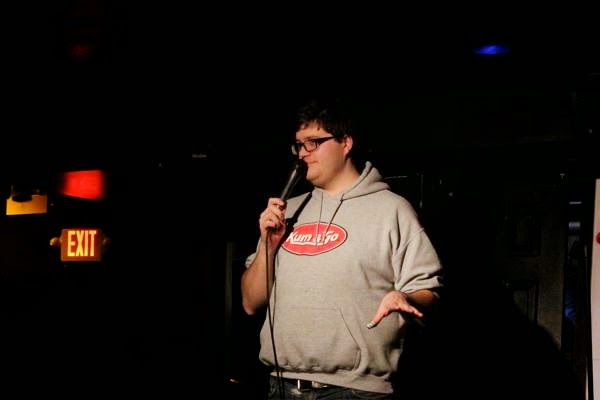 Those four points above are all true. They’re also all COMPLETE bullshit. Because they mean
nothing. Respect is nonsense. The “scene” is a bunch of scared children who don’t think for themselves. All scenes are like this. All human society is like this. Why do you think we elect the people we do into office? Respect is just based on creating the image that you’re worth respecting. Keeping that in mind, you realize that it carries no weight. They like this guy today, you tomorrow, and someone not even born yet is the most popular guy in town in twenty years. Fuck it. It’ll drive you insane trying to figure out what “respect” is and how to attain it.

We all want to be liked and successful. But it’s fucking hard. So you have to do everything you can to enjoy the parts of this that matter. That guy who’s been doing comedy for five years, but he’s big in the scene and you worship him? His opinion means nothing. That big show that happens in the back of a pancake restaurant and doesn’t pay? If they book you, and you kill, everyone that hates you will still hate you and everyone that loves you will still love you. All of this “respect” shit: you can’t eat it, you can’t fuck it, and it won’t get you into heaven. If you’re making people laugh at an open mic, or a club, or on comedy central, then congrats: you’ve made it. You’ve won.

That’s where I’m at. I desperately want to do all these shows, because not doing them tells my brain that I’m terrible and I’m wasting my time. But fuck that. There’s so much bullshit that surrounds this, it’s easy to forget that it’s about you, an audience, and a microphone. That’s what matters. Everything else will come or it won’t.

I don’t know what I’m saying, and I don’t have a point. I really don’t want to be known as the whiny guy anymore. It’s not fun. I’m done. Fuck myself. No more whining on Facebook and Twitter, guys. My goal is not to get on CYSK or CHUC or television. I’d love to do all those things, don’t get me wrong. But my real goal is to get better at stand-up comedy. I've been doing this for three years (Editors Note - this is a re-post from over two years ago so Collin has been in the game 5 + years at this point) and I feel like I want to start again. So much of my material is forced and impersonal. Anyone can do it, and many tired old hacks do it much better than I ever could. I want to say what I feel, and make people laugh based on who I am. It’s fucking hard. So that means more writing, more open mics, more eating my balls at 2am in front of a bunch of people who know me primarily as “that guy who whines on twitter.” Fine. If I can say an honest thing, and get people to laugh at it, then it was all worth it.

I love you, and I believe in you. As I tend to say to people as we part ways after another open mic: “See you every night until we die!”