Memoirs of an Aspiring Comic: By Tommy McNamara 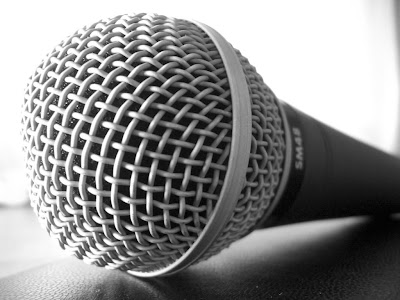 The comedy scene in Chicago is similar to the orgy in Eyes Wide Shut. Sure you’re nervous going in, but everyone is actually really nice and accepting and funny. I didn’t actually see that movie, but that’s what happened, right? I have been doing comedy in Chicago for about two months now, ever since I got home after graduating college. I’ve always been a huge comedy fan, and I’ve been transfixed on improving my own act ever since going to my first open mic over Christmas break of this year. I think that in the short time I’ve been doing comedy, I’ve learned some interesting things about the Chicago “scene” (I love how often this word gets used because it makes me feel like I’m living in a Hold Steady song). There are a lot of really interesting blogs on this site from the perspective of a seasoned comedian, imparting wisdom on the younger naive noobies. I want to provide a list from the belly of the beast, the humble beginnings. In doing so, I am probably going to show how much I still have to learn, but hey, the Internets written in pencil, right? Right? Since lists are the blogger’s ultimate weapon, here is a list of things I’ve learned this from comedy.

1. Most People Won’t Bite- One of the toughest things about going to open mics is that sometimes it feels like you’re walking into a party you weren’t invited to. Everyone seems to know each other, they all know what they’re doing, and they’re all goddamn rock stars. This can be pretty intimidating. However, I’ve realized that almost everyone that I find intimidating turns out to be incredibly nice and welcoming once I actually talk to them.

2. If You Want People to Remember You, Keep Showing Up- My first week back from college, I only went to one Open Mic the first two weeks. I wanted to go more, but the one time didn’t go well and it became hard to motivate myself. After that, I decided to just start going more, and made it my goal to do four open mics a week. I cannot stress enough how much of a difference going more often has made. Of course, there are good nights and bad nights, but I’m starting to make more friends and feel more confident on stage. Also, the best feeling for a comic starting out is when the host of the open mic introduces you with something besides, “I don’t recognize this person, is there your first time here?”. Getting up on stage more has been insanely rewarding. There is no excuse not to show up, even its going badly. Worst case, you’ll see some really funny people and you won’t sit at home watching Intervention re-runs and wondering if heroin is really that bad for you.

3. Try New Places- I’m writing this in the list, even though its something I really need to work on. One of the hardest parts about starting in stand up in Chicago is that when you find an open mic you really love, its so hard not to only want to go there. The problem is, there are so many cool places in the city, places I’ve yet to check out, where comedy is happening. Not only open mics, but awesome showcases and improv shows and pretty much everything. The sheer amount of choices is overwhelming. It’s like the Old Country Buffet of comedy, if Old Country Buffet wasn’t the worst thing in the world. All you can do is promise to try new things, both for performing and for just watching.

Chicago is a great city to start out comedy in. I have had a great experience so far. I’m gonna go watch Eyes Wide Shut.