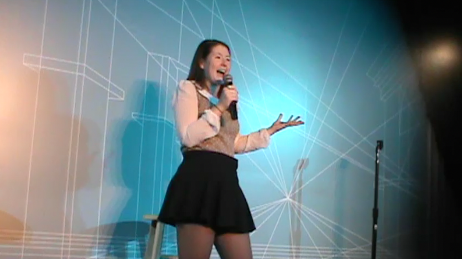 I listened to one of Patton Oswalt's albums where he talked about a gig where they put him in this
nice hotel and paid him a lot of money. But the crowd was not having any of it. They had been drinking shots all day and when he got onstage they just yelled his IMDB profile to him the whole set. He just stood onstage for 30 minutes and listened to them recite his resume. He felt bad getting paid for such a gig, and I felt the same way.

The school paid me $800 for an hour and put me in a $100/night hotel that was nicer than my apartment (and had a couch - my apartment is too small for that!) I was really proud of myself for doing time without checking my watch. I did the hour just shy of the 4 min video I was going to play on the screen. (I requested there be a screen in my contract so I could play one our Foul But Funny sketches to start the show…but no screen was reserved) This was my first long set. I did an hour in a cafeteria in a college. Before that the longest I had done was 25 minutes to an audience of probably ten people. Talk about learning to swim without a life vest. The lights were up, which gave it a very informal/nonperformance setting, no one was drinking (to my knowledge), finals were the next day, and all the students were there to get free pancakes and leave.

We waited ten minutes for people to get situated and start eating their pancakes…we should have waited ten more. The cacophony of noise in the room did not alleviate when I took the stage. I assumed that since I was performing at my Alma Matter I was going to get a little more respect and clout at the top of the show, but this was not the case. This audience was louder and less engaged than any of the other years when I went to watch the pancake breakfast comedian.

However, compared to previous years in that environment I did amazing. One comic made the mistake of making an anti-gay joke at a musical theater school. Another year they had a live Twitter feed set up behind the comedian so the students could tweet about the show. This was a horrible idea and never happened again. The audience decided they did not like the comic and live tweet heckled him. The show just turned into a weird twitter war between the comic and the audience and then the comic spent his set trying to figure out who the hecklers were. 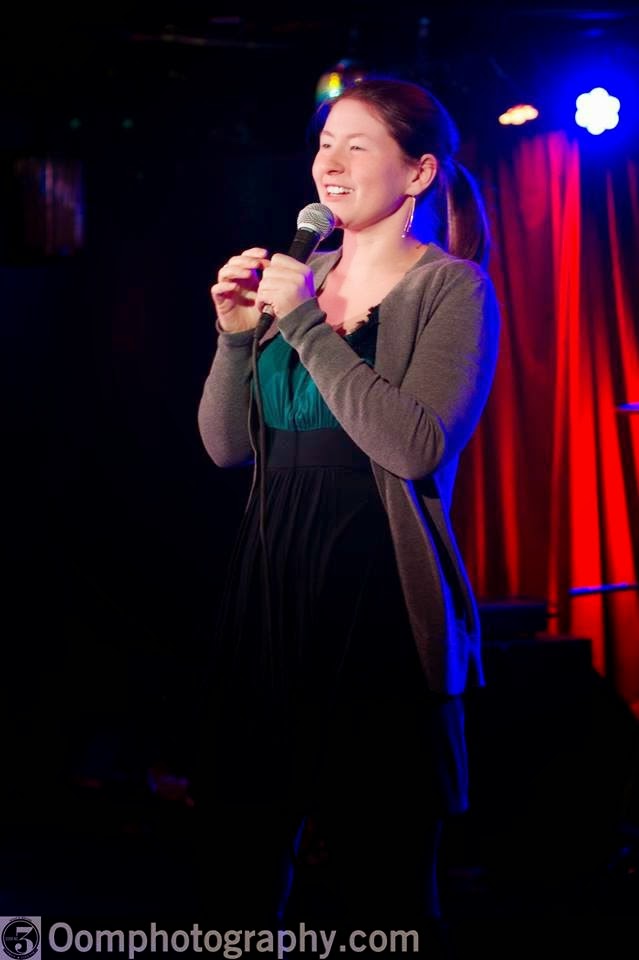 What I Learned
I went too quick at the beginning when I saw I wasn't succeeding at getting them to quiet down. I spent a good amount of time doing crowd work, trying to do inside jokes about the school, but the room's volume didn't change. The weird thing was that they were half listening, when I would ask "where are my music majors" they would cheer loudly…and then go back to their conversations.

I was very lucky to have some friends come to the show and sit up front, but then I battled trying to play to the whole room and not just getting fixed on my friends and knowing when to abandon trying to get the others on board.

Around the 25 minute mark the room got quieter when some of the loud pancake eaters left and I finally felt like I got control onstage, I wasn't just trying to yell over noise and slowed down and actually got laughs. It finally felt right. Some of the kids sitting in the corners came into the middle of the room joined my friend's seats. When I got genuine laughs for the end portion of my set I finally didn't feel like I was robbing the school with my performance based on the rate they paid me.

Business Lesson
Make sure you follow up a week to a few day in advance if you put something special in the contract. Even though I asked for a screen so I could play a video from my sketch comedy group, I intuitively got a weird feeling that something wasn't right about that part. The show was on a Sunday night, but I had a weird feeling on Friday. I forgot and didn't email right away until Sunday, they said they didn't know I needed one.

Now, a great comedian shouldn't need it to capture the attention of the room. However being a newer comic that hasn't worked on crowd work a lot yet, I struggled with this at the beginning. I thought as soon as I started talking they would be quiet and it would be my job to keep them interested. For a lot of environments that is the case, for this one however, that was not true. It was a great set to test my stamina and confidence as a performer.

Looking back if I had to perform again without the screen I probably would break out into "I'm Telling You” from Dreamgirls and only sing the “I’m not going! And you, and you, you’re gonna love me!!!!” At least at this musical theatre school, that probably would have worked, oh well. Live and learn.