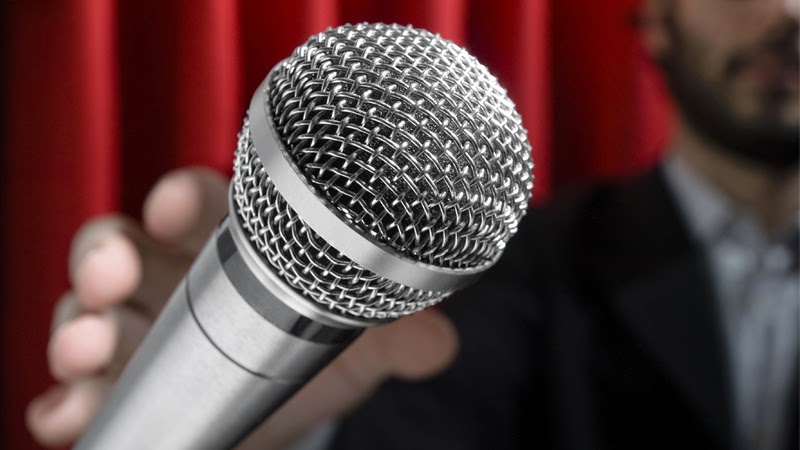 So apparently, (according to local comedy scene forums on Facebook and elsewhere) there are way too many comedians in Chicago. Really? Is that so? Evidently more then a few folks that have been working in the scene for a couple of years are starting to feel this way (I don't have any hard facts on how many actually share this opinion as I'm probably not gonna do a poll on the matter).

Furthermore, this informal consensus seems to come to the conclusion that this influx comedians leads to other undesirable outcomes such as too many showcases, not enough stage time, fewer opportunities and in general a slimming down of a slice of some sort of magical comedy pie.


I totally disagree with this sentiment.

Are there too many actors in L.A.? Too many world class Chefs in New York City? The cynical answer will always be "Hell yeah man, how am I supposed to get a break". But lets keep it real. L.A. is exactly what it is (center of the domestic TV and Film Universe) because actors from all over the world flock there to make it in that business. Anyone that wants to be a serious actor knows that gigantic, soul crushing L.A. is one of the few places to make that dream come true. Now that might seem like a drag if you just got there and have no connections. But anyone serious about their craft, no matter what it is, understands that competition, as they say, is GOOD for business. YOUR business.

Don't think of the hundreds (maybe thousands) of people trying to do exactly what your doing as
overwhelming competition, Think of them as a HUGE support network. Who better to bounce ideas off of? Who better to network and collaborate with? Also, who are you supposed to learn from? Would you really want to be the only person in a city (yes I know this is an exaggeration but just trying to make a point) trying to succeed in a particular art form with no one to compare notes with? No one to compete against? No way to see how you stack up in comparison?  That seems like it would suck. Competitions breeds success.

Lets take the L.A. and NYC analogy a little further. New York is the capital of the culinary world and 5 star restaurants right?. Well if your a brand new apprentice Sous Chef, fresh off the bus from middle America - that's actually a good thing. Sure there will be stiff competition and your will have to work like fuck to rise to the top. But you will also get the opportunity to work with the best chefs in the world. And those you came up cooking with, will probably be your best friends down the road. Same with L.A. and acting. Make as many friends as possible coming up. Those who don't become actors might become something else, maybe producers, or agents or casting directors, and guess what? They're your friends now.

OK. I hear what your saying. "Yeah well, this isn't NYC or L.A. And we're not talking about acting
or goddamn cooking, we're talking about stand-up comedy in mother-fucking Chicago".  Yeah I get it. But believe it or not, same the same rules apply here, trust me. PLUS This town can handle the influx of new talent and then some. Here's why. STAGE TIME. No one has got it going on like we do. Period.

Chicago is a town made for comedy. LITERALLY. Our actual infrastructure lends itself to a burgeoning comedy scene with a ton of open mics and independent showcases. Basically there is a bar on EVERY CORNER in this town - which translates to lots of crusty dive bars, historic waterholes and, fancy venues with back rooms looking for ways to get customers in the door with drinks in their hands. Of course it took a while for everyone to figure this out. 10 years ago there was MAYBE 3 or 4 consistent open mics in town. But today, thanks to the Internet, there are well over  FIFTY open mics.

Some will cry out "too many showcases". Fuck that noise. Do you know how many people live in the Chicago metropolitan area? 9.5 Million. Which make it the third largest entertainment market in the country. Point is, most of those people (made up fact) have never been to a stand-up comedy show. So the market is by no means saturated. Sure if you throw a show - make it good! Follow some basic guidelines and do all the proper legwork and promotion. But the bottom line is a perfect storm has been brewing for some time in this scene and it's not gonna stop (or should it).

On top of all the independent showcases, Chicago now has 5 major clubs that bring in national headliners. And with those clubs comes an industry media spotlight that helps the scene grow. The great part about these clubs is they recognize how profitable the scene has gotten and they crave to book local talent to support their businesses.

Sure, many who try their hand at comedy won't become serious stand-ups. They may fade away after a year or so, or maybe just do it on the side for kicks. BUT some will do peripheral shit... Some WILL become writers, or producers, or move to NYC or L.A. and make it big there, perhaps never forgetting all the great friends and skills they made while busting their butts in good ole Chicago. So don't be a dick.

So yeah, there are too many comedians in Chicago. It's also a really good thing.