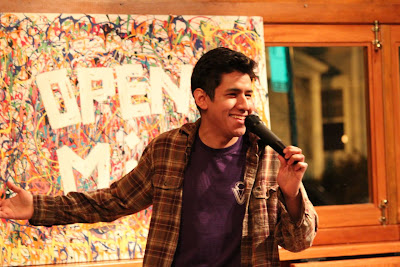 I'm not sure if its the number of sets you've performed, the amount of years or the amount of minutes you've been on stage that makes a seasoned comedian but I do know there's lessons to be learned from every performance. You could always pull something be it positive or negative. However when it comes down to game time you'll find that some lessons you keep relearning over over again. There's those little lessons that you should know by now and probably already do but in the heat of the moment you make all the wrong moves and do all the things you've told yourself you wouldn't. My biggest reoccurring nightmare is the old rush and bail.

Sometimes you've got a bigger idea than you're used to and you've got to take that moment to truly get your point of view across. On that journey you've thrown a line out there but it doesn't hook the audience the way you thought it would and instead of a laugh you receive a confused silence. At that moment your head gets thick with heat while your back gets cold. Your first inner response is, "they hate it... they hate it... they hate me" and you bail and scramble for something you know works but you've already crushed your confidence and you say it with a spiraling doubt swirling around your brain. Your polished bit comes out laced with uncertainty. It tanks too.  "I... I... You guys watch Mad Men...?" Tepid responses and you've burned. It's over. Time to take it to your seat and sit in it. 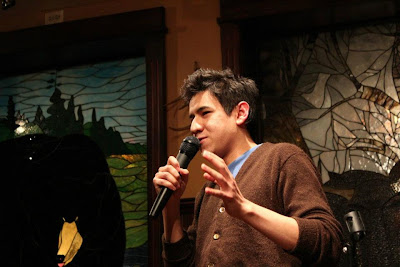 The Journey ended at the front gates because you didn't have what it takes to push the idea through. In that first moment of unexpected silence you became consumed with the idea of their judgement and just because they didn't laugh right away you assume they hated it. Chances are some of them did hate it and chances are maybe there was one person in the room hating you but who's to say any of that was relative to what was coming out of your mouth. Maybe it was your haircut... and whatever came out of your mouth. Truthfully. they were judging you and the idea you were trying to present but they never got it. Some ideas are bigger than a Mad Men reference and it takes the moment of your explanation for anything to truly come across and for them to be attuned to your sense of humor.

Audiences will judge. Everyone judges. You judge everyone around you and make assumptions about what other people are judging about you. You'll never know what people are thinking but chances are they are judging you, but it's nothing that you think they're judging you for and they're judgements are always wrong. So why worry? Let them know what they're really judging.

I made a joke as an opening line at the Edge Comedy open mic last week at Sully's House. Now the room was mostly comics by the end of the night which can be a reason things don't go over well but never an excuse. It's not easy because not only are comics unimpressed but for the most part rarely really listening. They can be more focused in what they'd do or what they're going to do than absorb your material so you've got to shake them up off the top and grab their attention. Watching a seasoned comedians work a room full of comedians can teach you a lot, mainly know your room.

It's especially inspiring when that comedian can lead the room full of comics into bit land and get them to respond to written material. A comic (big up James Fritz) had made a comment about the Catholic Church weighing in on legislation over females reproductive rights and how a group of old celibate men had no right weighing in on something they have no idea about. 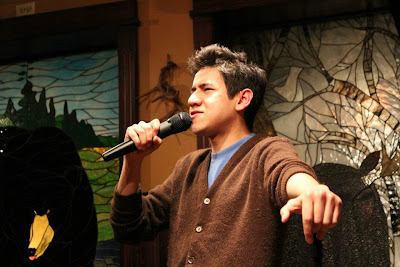 The room loved it. I followed this good energy with a glimmer of inspiration I'd thought of a follow up comment to present to the room. "I'm not even sure Catholic woman should have a right to weigh in about reproductive rights because they know just as much about their bodies as the men do..." The record scratched and all the good feeling evaporated into a tight seal of awkward silence. The spiraling began and I squirmed away from one sinking ship to the next. Each bit was like a rake in the face and idea after idea came out unfinished and weak. Now the only perspective the audience had gotten of my stand on the issue was I believed that a group of women didn't have the right to make a choice about their own bodies.

Now that statement all alone sounded ignorant, well it also was a little ignorant, but ironically, irony can't be translated in a one sentence statement. The idea should have been built up, it still could have been built up. A stronger man (like men I've been before, and like men I could be some days and forget to be others) would've kept his feet to the ground and held his back straight and eyes focus as he explained himself. If you didn't think you were wrong to begin with then why not stand by the statement you made and see it through.

What I was referring to by the statement was the lack of sexual education in the Catholic Church and how a woman's sexuality is almost a closed door. I was referring to how a woman or a man for that matter isn't given the moral liberty to explore their own body. How St Augustine even considered marital sex to be sinful and any sexual desire to be traced to the Original Sin. All of these things I was referring to but I made no effort to explain the reference. 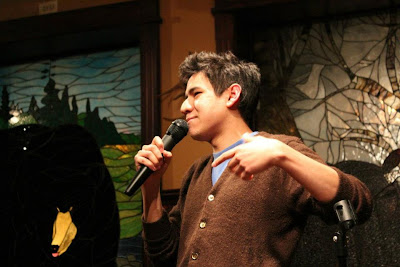 Otherwise you can do neither and let the spiral take effect till your time is up and all you've got is to take the bomb home for the night and chew on it as the flavor changes from sad to angry to worried and then finally to light at the end of the tunnel, how it could be better. A redemption set. It's usually a 24 hour process waiting to perform again but by hour twelve you've got it figured out and you know what was right about what you said and why it came across completely wrong.

Cut to then next night. I've been doing a set and I have a chance to relive the day before and redeem myself. My head was clear and I was prepared to push through if things weren't working right away.
"The Catholic church is trying to weigh in on legislation for woman's reproductive rights which I'm not even sure if catholic woman should have a right to weigh in on the subject. They're policy on sexual education is 'don't ask, don't tell.' If a Catholic Woman sees her vagina in the mirror she has to say ten Hail Marys." The response was better because I didn't bail, I pushed it through to where the punchlines had been and instead of an unfunny and offensive comment came out a fairly funny and offensive comment. If the room had been filled with Catholics, it probably would've been received with pure hatred but damn it I would've been ready.

In some ways it's more important that they get the point before you worry about whether or not they think it's funny. They can get the point and not think it's funny but if they never get the point how will they ever laugh unless you get really good at making funny faces. So when something doesn't hit the laugh buttons you thought it would don't sweat it. The worst thing to do is for them to see you sweat. Remember it's not that it isn't funny, chances are they just don't get it. If they don't get it, explain yourself. If you explain yourself and they get it but don't like it, well then they're morons.