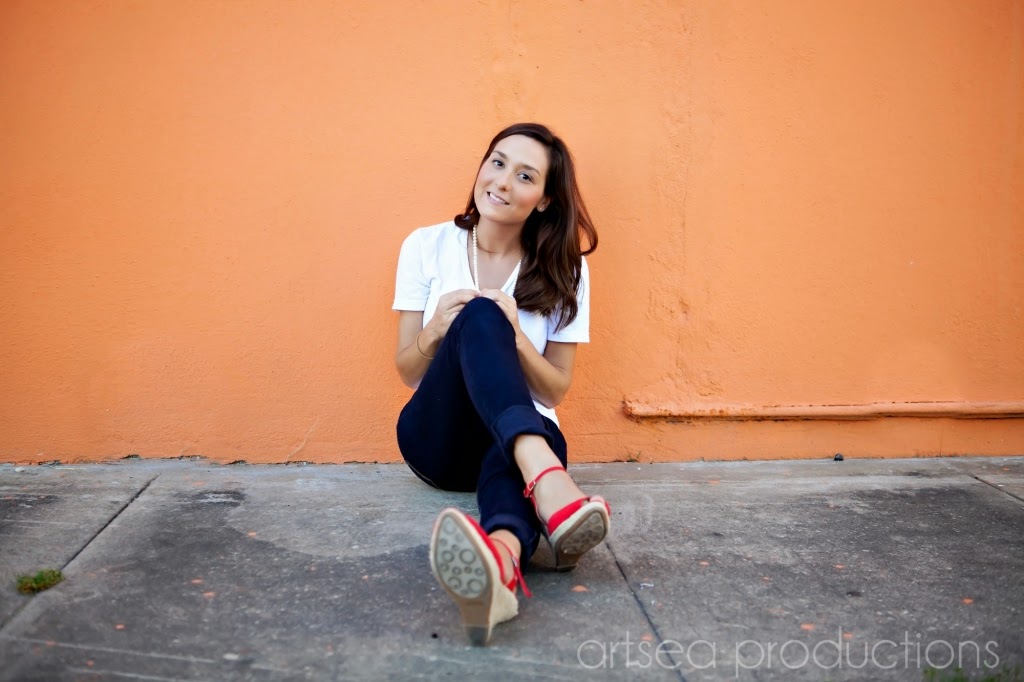 Ashley Byrd is the force of nature behind The Laugh Factory. As manager, she works diligently to make sure every single show runs smoothly. She does it all: She welcomes audience members for arriving, she makes sure they are seated comfortably, she runs upstairs to check on the sound, and then quickly back downstairs and inside the showroom to check on the show, and then back behind the showroom to check on the bar—and on a busy night, she’s even working the bar! It’s an endless cycle, and yet she musters the energy to thank every audience member after the show on their way out. And just when it’s time to breathe, it’s time to prepare for the next show.

She is the key to making sure that Chicago’s favorite comedians have the best possible venue to perform in. Despite her busy routine, Ashley was kind enough to take the time and share her story from her dark past and how it shaped her into the hard working machine that she is today. She also offers her advice & wisdom on what it takes to be a comedian at The Laugh Factory. Enjoy! 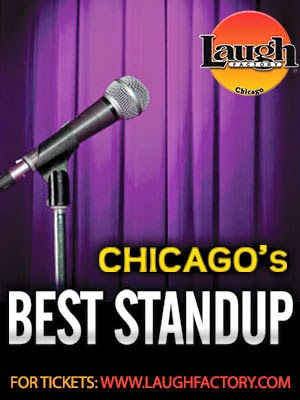 COMEDY OF CHICAGO: How did you get into comedy?

ASHLEY BYRD: I had always written, I had always been into comedy and stand up—but I’m from a small town in Texas, so there was no comedy scene as far as I knew. Eventually, I would end up meeting a stand up comedian from New York. I went there, and for 7 days, I followed him around.

COC: What was the New York comedy scene like?

AB: At 5:00PM we started traveling. We went all over, even to places like New Jersey and Long Island, and we didn’t get home until 5:00AM. He did 4-5 shows a night up until 2AM, and then after those shows we would go to open mics at 3AM! At the end of those 7 days I remember thinking, “THIS is my kind of lifestyle.” It was an epiphany for me to see that you can live such a different life.

COC: What was your lifestyle before you had this epiphany?

COC: What was this drug phase you went through?

AB: It started in my teens, and then it got really bad between the age of 19-25. At 25, I hit rock bottom. When I did, I realized one of two things would happen: I would either end up dead or in jail.

COC: What was your rock bottom?

AB: Well, I had been up for about three days on cocaine. But I ran out, so I started snorting my antidepressant...and then I ran out of THAT. I was SO messed up and paranoid that I was crawling from room to room in my apartment, because I didn’t want anybody seeing me through my windows. At some point, I ran the bath tub, grabbed a fifth of vodka and a knife and was like, “I’m just gonna end it. I don’t wanna feel like this anymore.”

AB: I have depression, and I didn’t know how to handle it. ‘Cause when you’re young, you have all these emotions and you don’t know how to cope with them. So, I was using drugs as opposed to taking my antidepressants correctly.

COC: How did the rest of that night play out?

AB: So, I woke up the next day...on my bathroom floor, with the knife and the vodka next to me. And I was like, “Holy shit! I’ve got to change.” I hadn’t eaten; my body was frail. I remember trying to lift a mug and I couldn’t do it, because I was so weak. After that, I started to get better. 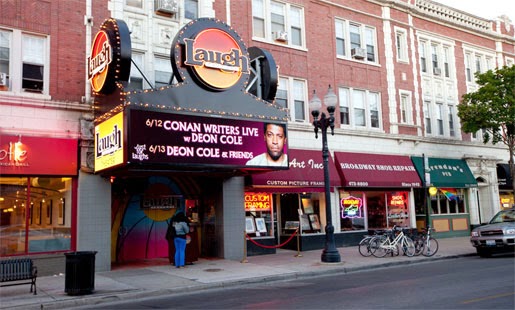 COC: How did your life change after that night?

AB: I finished college, got a masters degree, and moved to Houston to work in litigation. I wanted to get out of my small town where drugs were fluent, and go to a big city away from home. I got my life on track.

COC: How did you switch from litigation to comedy?

AB: The job I was in was good, it paid well, but I was very unhappy with the nine-to-five. I had been writing for a long time, so my friends encouraged me to do something with it. That’s where I found Twitter, and through Twitter I met a bunch of stand up comedians.

COC: How did you pick Chicago of all places?

AB: It was between New York, L.A., and Chicago. I visted all three of them, and I felt very comfortable here in Chicago—a feeling of comfort that I didn’t feel in New York or L.A.

COC: What was it like leaving a secure career for comedy?

AB: It’s weird because I had a nice house, a nice car, I had nice things, I cared about labels, and I had all these shoes... But, I got rid of everything I had until I could live out of just one suitcase. I donated most of what I owned to Goodwill and to a women’s shelter. I came to Chicago with just one suitcase, and I still own one suitcase. I’ve never been happier in my life with such little materialistic things. 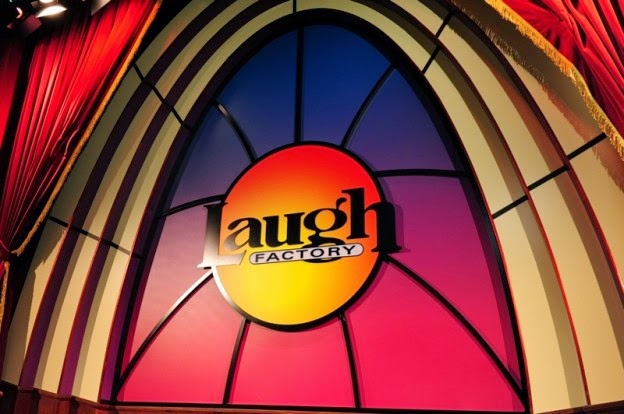 COC: What is it like being the manager of The Laugh Factory?

AB: I’ve only been here a year, but I work five nights a week, ten shows a week. I’ve learned more about stand up comedy in this past year than I have from being a fan of comedy my whole life.

COC: Best part about your job?

AB: The best part of my job is seeing people grow. Seeing comics in the beginning stages, and every time they come back, they get better. It’s like seeing a child grow in a lot of ways. Knowing that I was there to see that, and that I in some way was a part of it. That is the best part of my job.

COC: Worst part about your job?

AB: I would say, dealing with audience members who don’t understand comedy. The people who aren’t here for the comedy or the comics; people who are just here to get drunk, talk, and be on their phone. That is the part I dislike the most. It’s because I have such a respect for stand up comedy, and I’ve always been a fan. It’s an art form that I don’t think the masses truly appreciate.

COC: Who decides on which comics to pass / showcase? The managers? Or just Jamie Masada?

AB: Jamie is here about every couple weeks, he’s always flying in from L.A. But, we all work as a team. Which means, if a server in the showroom sees somebody who’s funny, we have a nightly log where all our employees say things like, “This person was really funny! Keep so ‘n so on your radar.” Everyone here is in comedy and the arts in some way and some capacity. So, everyone that works here is essentially part of the bigger picture. 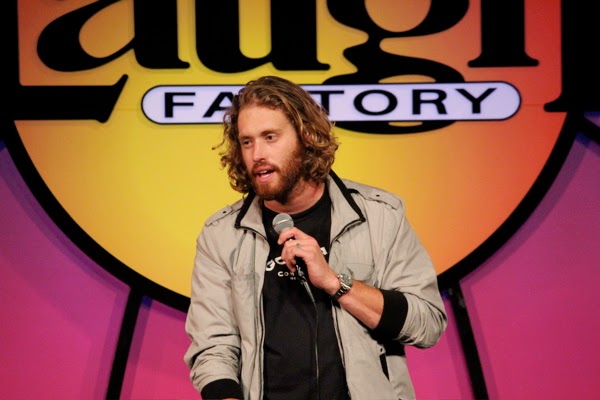 AB: We don’t treat our open mic necessarily as an open mic—it’s a showcase. When you are here on our stage, you are showcasing. Also, respect the rules. That’s a pet peeve of mine: People who curse after we’ve asked you not to curse. We’ve asked you not to video tape. Obey by the rules. If you can stay within those limitations and you’re funny, then you’ve got something.

COC: General rules of etiquette when hanging out at the Laugh Factory?

AB: Always be friendly to the staff. Because here, it doesn’t matter if you’re a manager or a hostess or a busboy—everybody here is on the same playing field. That’s how we look at it. We all work as a team. If you come here to hang out, say “Hi” to the staff and introduce yourself. Let everybody know who you are. It’s not “schmoozing” it’s just being polite! [laughs]

COC: How important is hanging out in terms of it helping your comedy?

AB: Ultimately, it’s your talent. If you hang out with people who run a showcase, maybe they will put you on their showcase. But, building relationships doesn’t necessarily make you a better comic. I think some people get lost in that when they think that if they hang out, they’ll get on a showcase—which, they might. But, that’s not going to help them be a better comic.

COC: How do you feel about comics asking Laugh Factory staff about their set? Is that appropriate?

AB: It’s fine to ask anyone how your set went, but when it comes down to it, does it matter what other people think of your set? Ultimately, the only opinion that matters is yours. You can get caught up in criticism, even constructive criticism. I wouldn't ask unless you REALLY value that person’s opinion.

COC: What exactly does The Laugh Factory look for when booking the next new comic?

AB: We’re just looking for someone to catch our attention. It is SO hard to laugh when you’ve seen SO much. But, it’s the person who has amazing work ethic: They’re here all the time, they’re always at open mics, and their jokes are well written. That is what you should be doing.

COC: What do you personally look for in a good comedian?

AB: I’m looking for how original they are. Is their material unique and different? I'm looking at stage presence. I'm seeing if they are progressing each time they come. And most of all…are they funny?

COC: What does it take for a comic to get passed at The Laugh Factory?

COC: What does it take to be a Laugh Factory caliber comedian?

ABOUT THE LAUGH FACTORY

COC: What separates The Laugh Factory from other clubs in Chicago?

AB: It’s different. We’re a showcase club. And we love it! We’re not looking for big names. It would be cool if Dane Cook stopped in and had a sold out show—that’d be great! But, that’s not our M.O. We’re about local comedy and local comics because everyone here is SO talented.

COC: How do you think The Laugh Factory has helped improve the Chicago comedy scene?

AB: What we have done for Chicago comedy, I don’t think any other club has done. The regulars that we have here are household names here in Chicago. When we say we have “Chicago’s Best Stand Up” that’s a fact. The people that are on our shows really are Chicago’s best, from what we believe, and I think a lot of people would agree with that.

AB: We’re killin’ it! It’s not easy. I think we will continue to be a showcase club. More and more people from New York and L.A. are wanting to work here, and it’s making us higher in demand. It’s a fun place to hang out! Hopefully it’s a place where everybody who’s a comedian in Chicago wants to hang out at. As the years go on, people from elsewhere are going to want to hang out here, too.